Home / LIFESTYLE / REVIEWS > / DVD REVIEWS / WATCH AT HOME: And Then We Danced, Battle of the Sexes, Scarlet Street and The Year of the Sex Olympics – reviewed by Robert Tanitch 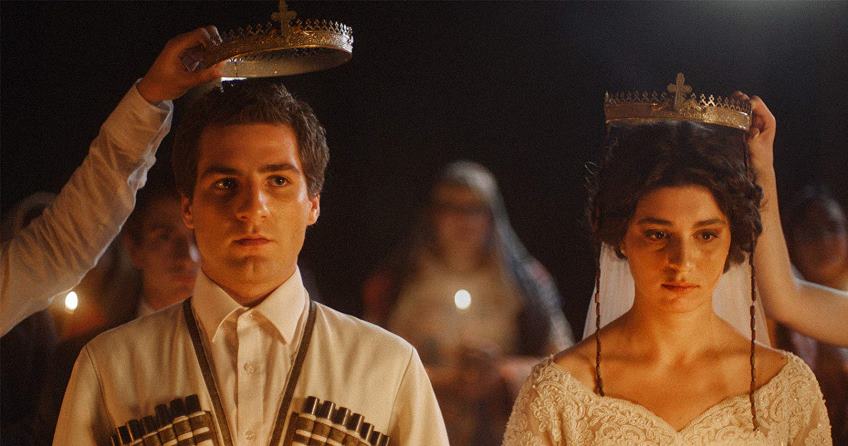 WATCH AT HOME: And Then We Danced, Battle of the Sexes, Scarlet Street and The Year of the Sex Olympics – reviewed by Robert Tanitch

AND THEN WE DANCED (BFI Player and Vimeo). Kevan Akin, the Swedish director, has described his brave film as a love letter to Georgian tradition and culture. Brave because there were predictable riots and demonstrations at its premiere in Georgia, triggered by the far right and the Orthodox Church. A gay student (Levan Gelbakhiani) studying at a rigidly conservative dance academy in Tbilisi is at a serious disadvantage. Georgian dancing is based on masculinity and his teacher finds his body and facial language too effeminate. He falls in love with a male class mate, a risky thing to be doing in a macho hostile homophobic environment. His wayward brother advises him to break free and get out of Georgia. Dancer Gelbakhiani, making his acting debut, is impressive.

BATTLE OF THE SEXES (BFI DVD) directed by Charles Crichton and released in 1959 feels like a hark back to the glorious Ealing Comedies. An American business expert (Constance Cummings) decides it is time to drag an old-fashioned Scottish tweed company into the 20th century. She fights a losing battle. Her modernising efforts are sabotaged by a senior clerk, a canny drab old fossil, played by Peter Sellers, who is in his excellent character acting mode. Robert Morley in a kilt is very funny as the immature boss who falls under the woman’s spell. The comedy is very enjoyable. It is only when it goes to a James Thurber story for its denouement that the film falters.

SCARLET STREET (YouTube for free) Can a miscarriage of justice actually be, ironically, justice? Fritz Lang’s 1945 film noir was initially banned because the censors thought it indecent and corrupt and feared it could incite people to crime. A respectable, meek, middle-aged cashier (Edward G Robinson), married to a nagging wife, develops an infatuation for a hooker (Joan Bennett), who mistakenly believes he is a painter and rich. She is in a sadomasochistic relationship with her hoodlum lover/pimp (Dan Duryea). His infatuation leads to embezzlement and murder.

THE YEAR OF THE SEX OLYMPICS (BFI DVD) is a 1968 BBC science fiction television play. Nigel Kneale took a prophetic look at a brutal Orwellian future when television would be giving the public what they wanted. And what a passive, ignorant, apathetic, subjugated public would want would be pornography, violence (always good for a laugh) and reality shows. One TV executive has the disgusting idea of putting a couple on a deserted island and in Big Brother fashion observing them all the time. What was satire in 1968 is now regular TV fodder.