Home / TRAVEL / DAYS OUT / A walk around Windsor Castle 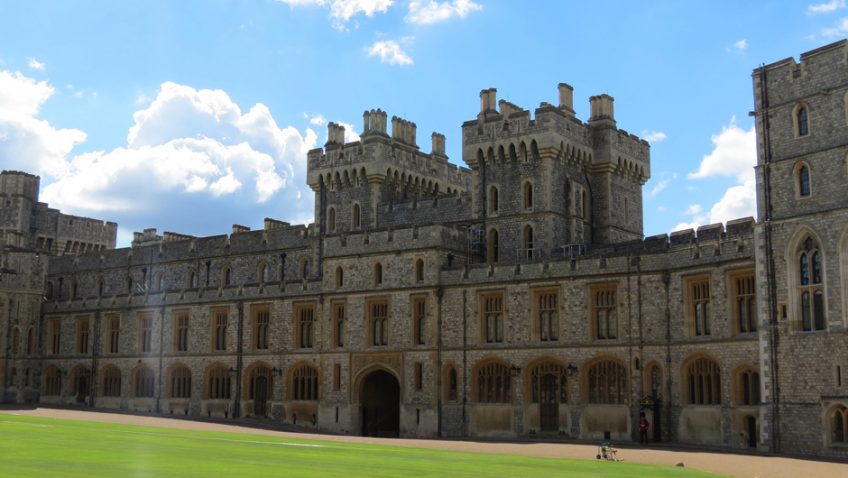 A walk around Windsor Castle

We have all been privileged to see images of Windsor Castle on our television screens and to follow the amazing restoration of the State Rooms after the devastating fire that took hold and destroyed much of the building in 1992. But to get a real understanding of the castle and the magnificence of its interior you really have to go and see it for yourself.

I went on a cold stormy day and in between the showers managed to see a little of the grounds when the sun came out. As expected, all was perfectly mowed and trimmed with emerald green lawns and symmetrical edges and hedges but for me the interior blew me away more than the blustery wind outside.

I had expected to see magnificence and grandeur but the sheer opulence of the State rooms made me gasp in awe. There was a party of school children wandering around and I was thrilled to hear them say “wow” as they came through the doors into the Queen’s Drawing room: exactly how I felt. 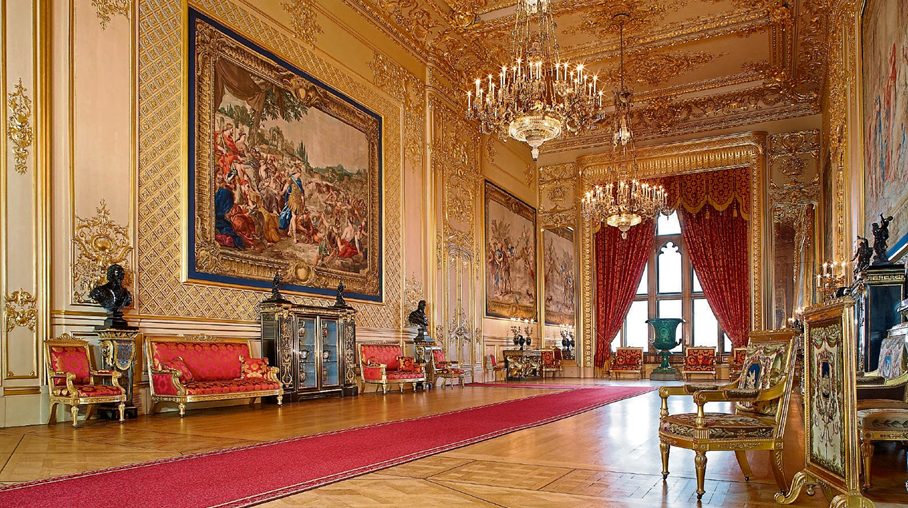 Windsor Castle has been the home of 39 monarchs, and the appearance of the State Apartments today reflects the changing tastes of the Castle’s royal occupants, particularly Charles II (r.1660-85) and George IV (r.1820-30).

Charles II set out to rival the achievements of his cousin, Louis XIV, at Versailles in France. He modernised the Castle’s interiors, which became the grandest State Apartments in England, with painted ceilings and carvings.

George IV gave the State Apartments a new grand entrance and staircase, and he added the colossal Waterloo Chamber, celebrating the defeat of Napoleon Bonaparte in 1815.

The State Apartments are furnished with some of the finest works of art from the Royal Collection, including paintings by Rembrandt, Rubens and Canaletto. Many of the works of art are still in the historic settings for which they were first collected or commissioned by the Kings and Queens who have lived at Windsor.

Today Windsor’s State Apartments are frequently used by members of the Royal Family for events in support of organisations of which they are patrons.

History is in every thread of the carpets and wall hangings and in every fleck of gold paint on the frames of the Royal portraits. This is the family album of our country, a dining room to entertain the world’s Heads of State and it has the best china on display. 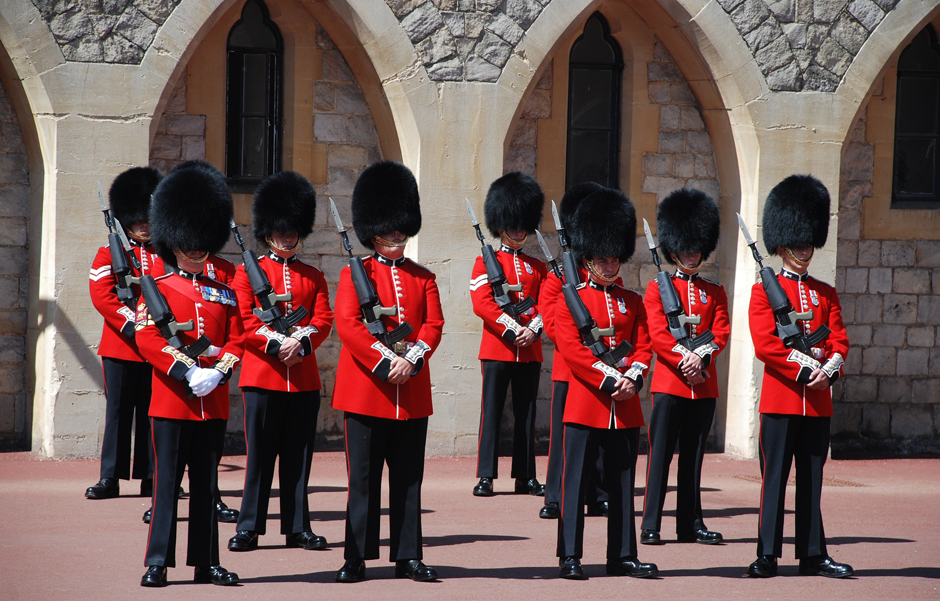 Changing of the Guard

I was lucky enough to catch the Changing of the Guard as I made my way into the entrance and remembered the stories my husband told me of the time he was stationed at the Castle and the pomp and ceremony that goes on to keep up the traditions.

The privilege of guarding the Sovereign traditionally belongs to the Household Troops, better known as ‘The Queen’s Guard’ (or The King’s Guard if the reigning monarch is male), who have carried out this duty since 1660. For operational and other reasons, this privilege is periodically extended to other regiments of the British Army. The Guards consist of five infantry regiments – the Grenadier, Coldstream, Scots, Irish and Welsh Guards – and two regiments of the Household Cavalry – the Life Guards and Blues and Royals. Most of the Guards will have seen action overseas and all are fully operational soldiers.

As you walk round the public rooms on your tour of the Castle you can’t help but notice the guides. They are discretely placed, employed by the Crown Estates and can be found in every room resplendent in their dark blue and red uniforms. All are smiling and appear proud to be working in the glorious surroundings. I was luckily enough to be helped by Rita who was as knowledgeable about the Castle as she was enthusiastic and answered my questions with pleasure. Rita would not say how many years she has been an official guide but she was happy to share her love of history and the Royal family. Rita made my visit all the more special and hopefully I shall be able to catch up with her again in the future as this is not a place to just see once.

For information, as to what parts of the castle are open to visitors at any time check at
www.royalcollection.org.uk/whatson/windsor/