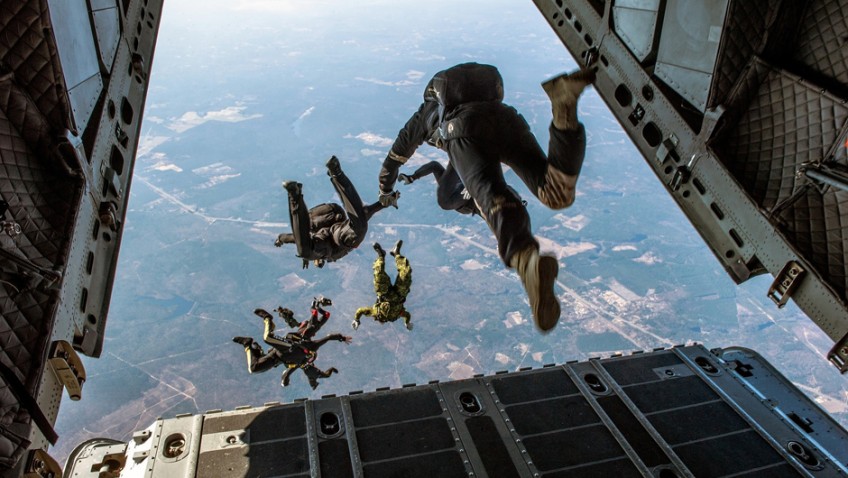 A great-grandfather celebrated his 100th birthday by setting a new UK record – for being the oldest skydiver.

Adventurous Verdun Hayes jumped from a plane at 10,000ft above Dunkeswell airfield in Devon. The veteran of the D-Day landings was declined permission to do the jump by his GP, but turned to the British Parachute Association to get the nod of approval.

The daredevil from Somerton, Somerset, said: “It was first class – really beautiful.

“It was better than I expected. I thoroughly enjoyed it.

“Coming out of the aeroplane and going into freefall was lovely.

“The only thing I have done like this is fly a glider for my 90th birthday.

“I said to the pilot when he put my parachute on me that if we pulled the canopy up we could do the two things in one.

“I have always wanted to do a sky dive so thought what better time to do it than for your 100th birthday.”

The current Guinness World record for the oldest tandem male parachute jump is held by Canadian Armand Gendreau, who was 101 years and three days when he jumped in 2013.