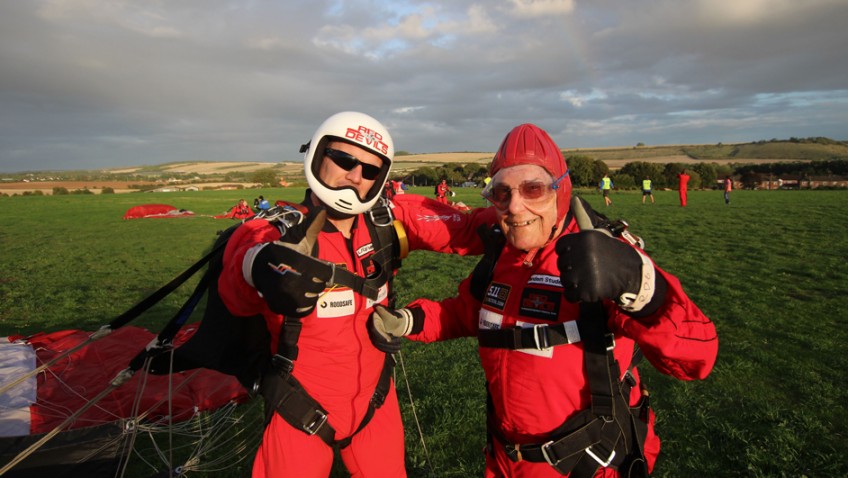 It was a strategic operation that didn’t go to plan and has taken has taken on a legendary quality in the retelling of the history of D-Day. The capture of the Merville Battery in June 1944 was essential to the Allies’ preparation for the D-Day landings.

The British 6th Airborne Division was deployed on the night of 5 June 1944 to secure the eastern sector of the five beaches with the main objective to capture the two bridges over the Orne River and the Caen Canal (now known as Pegasus Bridge.)

The 9th Parachute Battalion was given the job of putting the gun battery at Merville out of action. These guns could easily fire on ships in the English Channel and allies approaching the beaches.

However, from a deployment of 600 men, only 150 managed to land at the Battery, and a battle ensued with just 75 men surviving to attempt to disable the guns. A second attack by British Commandos failed to capture the Battery which remained under German control until they began to withdraw from the area two months later.

Now after 72 years, one veteran who was part of the blighted mission hopes to finally land within the confines of the Merville Battery in Northern France on Saturday 20 August. Fred Glover was a member of ‘A Company’ of the 9th Battalion, tasked with entering the Battery in glider planes instead of parachuting in with the rest of the Battalion.

Fred’s glider was hit by anti-aircraft fire and crashed into an orchard outside of the Battery. Sustaining wounds to his legs, it was decided that Fred should stay and guard two German prisoners. An act of kindness, offering morphine to one of the injured soldiers who had been shot in the stomach, may have saved his life – later that day he was captured by a German patrol who spared him after they heard of his generous deed, and sent him to recoup at a Parisian hospital, which he later escaped from with the support of the French Resistance.

Fred has revisited Normandy and the Merville Battery a number of times with the Taxi Charity and other veteran organisations, but is looking forward to landing within the Battery for the first time – seven decades after the original military operation.

The 90 year-old great-grandfather from Brighton said: “I’m not at all nervous and looking forward to the jump. I’ve been returning to visit the area since the 50th anniversary of D-Day in 1994 and I have lots of friends in Normandy, they’re a good crowd who will turn up to give their support. I’ve been going for so many years now that some of the toddlers I’ve met are now grown up with families of their own.”

Fellow para and Arnhem veteran, Ted Pieri, also aged 90, will join Fred on the jump. The intrepid pair are jumping to raise money for the Taxi Charity – otherwise known as the London Taxi Benevolent Association for War Disabled.

Ted, who lives in Erith, Kent, joined the 1st Airborne division in 1943. Although initially a despatch rider, he volunteered for parachute training and qualified getting his wings. He undertook his first parachute jump in 70 years in 2015, and enjoyed the experience so much that he’s willing to jump again to raise money for the charity.

“My recent involvement with the Taxi Charity has increased my enthusiasm to jump for a second time and give something back for all they have done,” said Ted.

“I’ve been on a number of outings with the charity including a trip to Arnhem last year. At each event I have had a different taxi driver who hosted and looked after me throughout. Each showed a wonderful professional attitude and they go out of their way to do as much as they can. They do this in their own time, they are very special people.”

Ted and Fred will be undertaking a second tandem jump, less than a week later, with the Red Devils at Old Sarum airfield, near Salisbury on Thursday 25 August. The veterans will be joined by Taxi Charity committee members Frances Luczyc Wyhowska and Graham Pike to raise money for next year’s Taxi Charity D-Day trip to Normandy.

Frances says: “This is a big project for the charity. We are aiming to take up to 150 veterans and more than 80 black cabs to Normandy for four nights. It is also a personal challenge as I suffer from vertigo. However to have the opportunity of doing a dive such as this with the Red Devils, who are the absolute cream of the crop, is something that it would be foolish to turn down!”

The Red Devils, are the official parachute display team of The Parachute Regiment and the British Army.

Donate to Fred, Ted, Frances and Graham’s parachute jumps via the charity’s fundraising page at mydonate.bt.com/events/veteransskydivefortaxicharity

To find out more about the Taxi Charity or to donate to its work, please visit http://www.taxicharity.org/