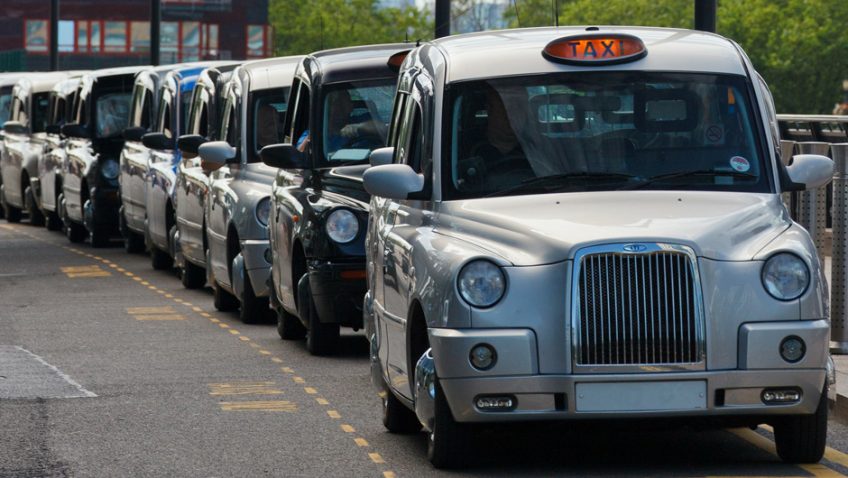 Big-hearted drivers of London’s iconic black cabs recently transported heroes of World War II on the trip of a lifetime, back to the battlegrounds of Normandy, famed for the D-Day landings.

The journey to Northern France was the last large-scale trip organised by the Taxi Charity for Military Veterans – formerly known as The London Benevolent Association for War Disabled – as the number of veterans from the 1939 – 1945 conflict who are able to travel has declined.

Setting off from Horseguards Parade in Central London in early June, a convoy of 30 taxis headed out of the capital before joining 60 more cabs coming from across the city, all carrying veterans and their families on their journey from Portsmouth to Caen.

The first visit for the veterans was to Pegasus Bridge to attend a ceremony at the Memorial Pegasus Museum commemorating the 73rd anniversary of D-Day, when the allied forces began the liberation of mainland Europe from Nazi Germany’s occupation.

The Caen Canal bridge at Bénouville was captured by units of the 6th Airborne Division and was renamed Pegasus Bridge in tribute to the Airborne Forces who wore the emblem of the winged horse on their sleeves.

During the five-day trip, the veterans also laid wreaths at the Commonwealth War Grave Cemetery (CWGC) at Ranville, attended a Royal British Legion Service at Bayeux CWGC and a reception given by the Mayor of Caen at the Town Hall.

“Last year, 64 cabbies took 98 veterans plus volunteers and paramedics to The Menin Gate at Ypres in Belgium and we’ll continue with our annual trip to Worthing, and a programme of events throughout the year but this is the last trip of this size,” said Dick Goodwin, Vice President of the Taxi Charity Committee.

“Our youngest veterans are now touching 90, so very sadly the numbers that have the stamina and level of fitness for an overseas trip is falling every year.

“When these brave men and women travel across Europe in a convoy of iconic London taxis, people line-up at the side of the road to wave and cheer because they know where they are from and what they stand for.

The charity was voted the nation’s favourite voluntary/charity project in the 2016 National Lottery Awards.

To find out more or to donate to support its great work, visit the website www.taxicharity.org.