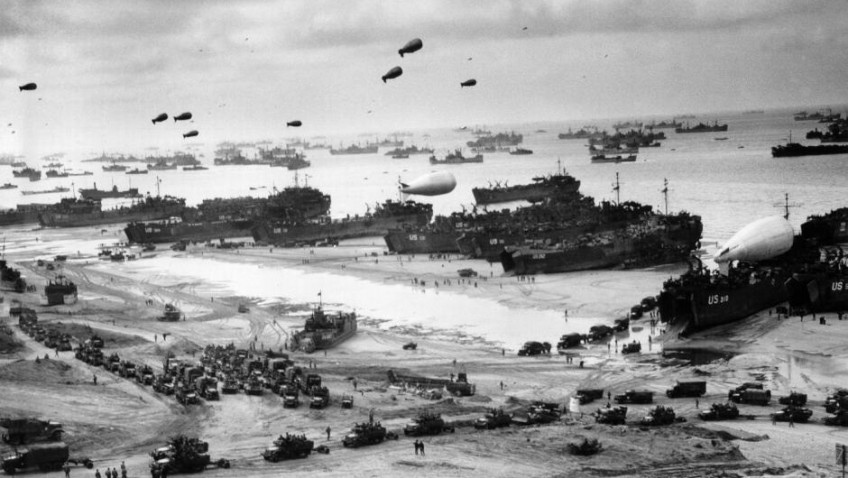 On the 70th anniversary of D-Day a veteran remembers

A blind 96-year-old World War II veteran from Lancashire has recalled storming the beaches of Normandy on the 70th anniversary of D-Day.

Like thousands of young men of his generation, Preston resident Hugh Hughes was part of the force that landed in Normandy as part of Operation Overlord – the liberation of France from Nazi forces.

Hugh, who landed two days after D-Day, says: “It was fairly scary – we had to make sure that we got off the boat quick, get over the Bailey bridges and onto land. During all of this, we had shells going off overhead and had to navigate minefields.”

Hugh was called up in 1940 and joined the Liverpool Scottish Regiment and was sent to the South Coast to protect Britain’s borders from a potential German landing. 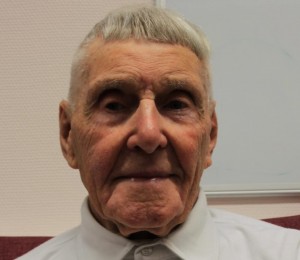 Hugh says: “In the run-up to D-Day, our most important job was making sure that the Germans couldn’t invade Britain.

“A lot of it was just us waiting on the beaches in case they landed, but fortunately they never came over.”

Hugh went on to fight in the Battle of the Bulge, when German forces attempted to win back territory claimed by the Allies.

Hugh started to lose his sight fifteen years ago, but it was not until 2008 when he joined Blind Veterans UK, the national charity for vision-impaired ex-Service men and women.

Hugh says: “We were on holiday in the Lake District when we met a woman who had been in the Forces and was now supported by Blind Veterans UK. I’d never heard of the charity before and had no idea that they’d be able to help me – especially since I lost my sight through old age, not the War.

“I was told that that didn’t matter – if I had been in the Forces and was blind, that was enough. It was a real surprise to have that support available!”

Since joining Blind Veterans UK, Hugh has received free and comprehensive support from the charity to help him live independently with sight loss – including gadgets like Talking Books to help him keep up with his hobbies.

Hugh says: “The best thing about Blind Veterans UK is that I can get away to the charity’s centres at Llandudno and Brighton. The charity gives me the opportunity to rest in a beautiful location with other blind veterans and great staff support.”

In October 2012 Blind Veterans UK launched its No One Alone campaign – the charity estimates that there are 68,000 plus blind veterans who, like Hugh, are eligible for the charity’s services but are not currently aware of this.

If you know someone who served in the Armed Forces or did National Service and are now battling severe sight problems, Blind Veterans UK may be able to provide them and their family with a lifetime’s practical and emotional support for free. Call freephone – 0800 389 7979 or go to www.noonealone.org.uk now.