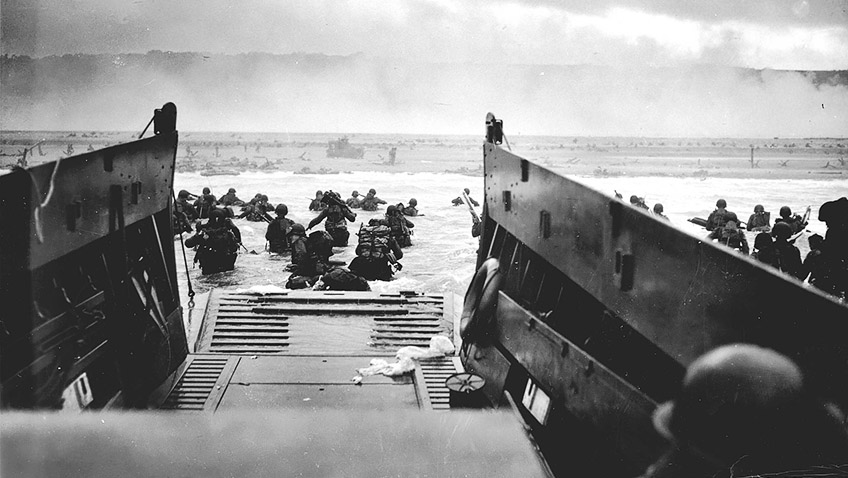 The Royal British Legion is calling on communities, families and friends to help spread the message to D-Day veterans who are eligible for a fully funded trip to this year’s 75th anniversary commemorations in the UK and Normandy.

In January, the Legion announced its plans to take up to 300 Normandy veterans to France on a specially chartered ship to mark 75 years since the original D-Day landings. 175 veterans, who helped liberate France during the Second World War, have already signed up to travel on the MV Boudicca, but there is still the opportunity for more to join them, with the deadline for applications now extended until Monday 4th March. Could that be you?

‘We believe it’s important that all veterans who contributed to the liberation of France who want to attend the commemorations for the 75th anniversary of the D-Day landings in Portsmouth and Normandy are able to do so. We are delighted at the response we have received so far but we still have space for more veterans to join their comrades who shared in those challenging wartime experiences in 1944. Most importantly at this stage, we don’t want anyone who wants to take part to be left behind. If you have a friend or family member who is a D-Day veteran, or indeed if you are one yourself, please get in touch with the Legion and find out how to be a part of this historic trip.’

With the majority of available accommodation in Normandy already booked, the voyage will provide a comfortable and fully supported travel package for those veterans who haven’t made plans. The MV Boudicca will depart from Dover on June 2nd, taking in events in Poole and Portsmouth, before crossing the English Channel for the veterans on board to attend the commemorations taking place in Normandy on 6th June.

One of those already confirmed to be taking part in this historic journey is D-Day veteran and Chelsea Pensioner, George Skipper, who said:

‘I am delighted and proud to be going on The Royal British Legion’s voyage to Normandy. I would not miss this trip for anything. D-Day was a very important time in my life and I want to go back whilst I can to remember and to pay tribute to the friends and comrades that I lost. I hope that all D-Day veterans who are able to travel can join me on board the ship for this important voyage.’

Veterans interested in travelling on the ship are invited to contact the Legion for an application form, which can also be downloaded from the Legion’s website. This can now be returned by the new deadline of Monday 4th March. Each veteran will be entitled to door-to-door travel for themselves and one guest or carer, at no cost. The journey is being funded by The Royal British Legion’s LIBOR grant, in conjunction with the Ministry of Defence and Arena travel.