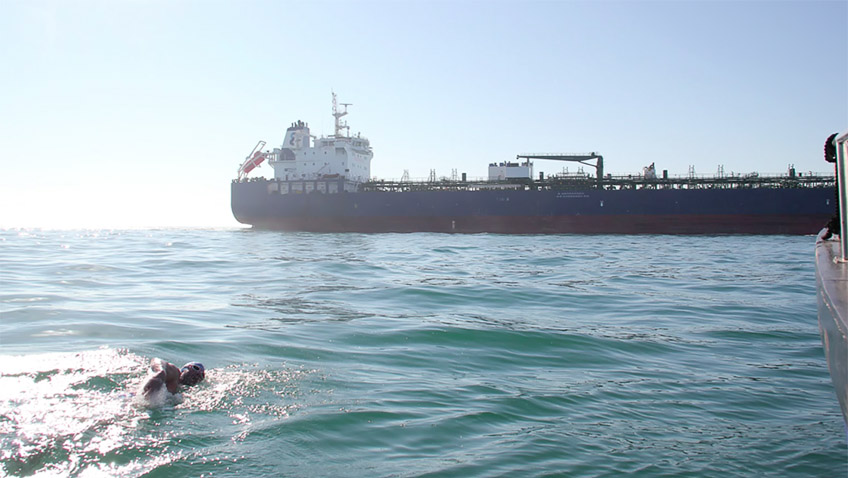 Back in July 2018 Professor Andy Wolf, a retired consultant paediatric cardiac anaesthesia and intensive care specialist, spoke to MT about his preparations for swimming the channel as part of his fundraising for the development of cutting edge technology to support cardiac surgery in babies and children.

Here, Professor Wolf updates us on how the swim went, why he did it and what’s next on his agenda:

‘The rules for swimming the channel are laid out by the Channel Swimming Association and are very specific: you start at Dover on Samphire Hoe beach and swim – without touching the support boat or having any assistance – until you (hopefully) land on the French coast.

‘The distance from Samphire Hoe direct to the French coast is 21miles, but strong currents mean that you actually swim around 35 miles. Swimming the Channel is difficult and many do not succeed; three times as many people have stood on the top of Everest than have swum solo across the English Channel.

‘So, after three years training for this challenge, involving numerous distance training swims (between six to 10 hours) at temperatures between 3degC and 15degC, the swim day arrived. On 6th August at 4.30am, and in near perfect weather conditions, my channel swim challenge finally got underway, with me in a pair of swimming trunks, a cap and goggles, re-creating the swim of Capt. Mathew Webb in 1875. I set off from the coast at Dover, not without a little apprehension.

‘My schedule included taking food and drink hourly until I hit the French Coast. The rules of Channel swimming dictate that you can’t touch your support vessel during the race and so the crew need to pass everything to me on a long pole. No mean feat!

‘During training, I’d discovered that rice pudding, boiled potatoes and Jaffa cakes, along with sports gels, were my preferred food and warm black tea with honey was perfect for fluids, with the occasional warm Coca Cola (yes, really!) The Channel temperature was kind, a balmy 17degC; normal swimming pools are around 30degC!

‘After six to eight hours swimming, the water gets colder and deeper as you hit the mid Channel. This is known as the separation zone and this is where jellyfish become a real problem. Many swimmers give up here; you are cold, getting repeatedly stung by swimming through shoals of jellyfish, and land looks a very, very long way away – all pretty demoralising. My coaches had warned me about this and had told me not to look forward or backward at this point; I just had to grit my teeth and keep going.

‘Surprisingly, seasickness is another hazard for Channel swimmers but fortunately I escaped, unlike my support crew! The last couple of hours of the swim are very hard indeed. To get to the French coast by the most direct (and quickest) route you need to land on the Cap Gris Nez. If you miss it, the tide turns, and your swim lengthens by 4 hours. Perhaps unsurprisingly, this is the point where swimmers often abandon the challenge.

‘As I approached Cap Gris Nez, my coaches were urging me to speed up, not easy after 12 hours in the water. Fortunately, I just made the Cap with around 200m to spare. My official time was 12 hours 42 minutes and I was delighted to be awarded the Paul O’Clee Trophy by The Channel Swimming Association as the oldest successful swimmer of 2018. 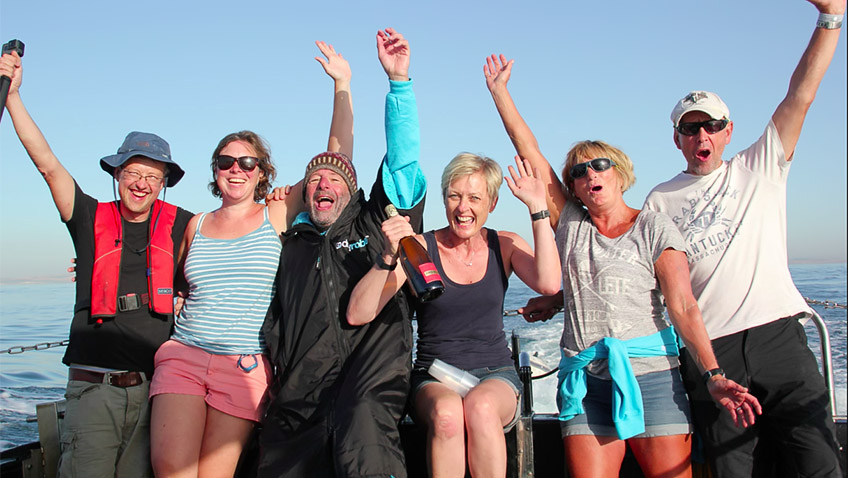 ‘So why on earth did I choose to do this?! I am a doctor who spent 30 years looking after children having heart surgery. During that time we have developed an understanding of how to fix children’s hearts, with outcomes that have drastically improved from a survival rate of 60% in the 1980s to over 95% today. I came to Bristol in 1995 and together with my friend and colleague, Ash Pawade, we set up the Bristol Cardiac Unit. Today our unit operates on over 400 children each year from the South West and Wales.

‘Today, the outcomes are good, but many of the initial repairs are made using artificial materials and so the children need repeat surgery as they outgrow these cardiac repairs. Fortunately, there are solutions to this problem. We are now working to make biological repairs using individualised tissue from the baby’s own stem cells and 3D printing technology. I have been helping to set up a 3D bioprinting unit in Bristol as one of the first centres of its kind in the world. We also build 3D models of the patient’s heart using artificial materials on our 3D printers, which allow us to explain to parents and children what repairs are needed. The models allow us to plan, and even practise, these operations.

‘My Channel swim was a way of raising funds towards the development of a 3D bioprinting unit. So far I have raised over £20,000, thanks in the main to the generosity of the folk of the South West, but there is still a long way to go.

‘Before the Channel swim I was contacted by BAFTA award winning filmmaker, Sasha Snow. He has made an amazing film, not only of the swim, but also of the work we are doing on bioprinting.’ Enjoy the film below:

Please join us all here at MT in wishing Professor Wolf all good wishes for the future – especially with that Loch Ness solo swim challenge! – and of course in hoping that his 3D bioprinting unit can become a reality sooner rather than later.

If you want to know more, please visit: https://www.facebook.com/professorandywolf. If you’ve been moved to donate towards Professor Wolf’s 3D bioprinting project please go to: https://www.justgiving.com/fundraising/solochannelswim2018