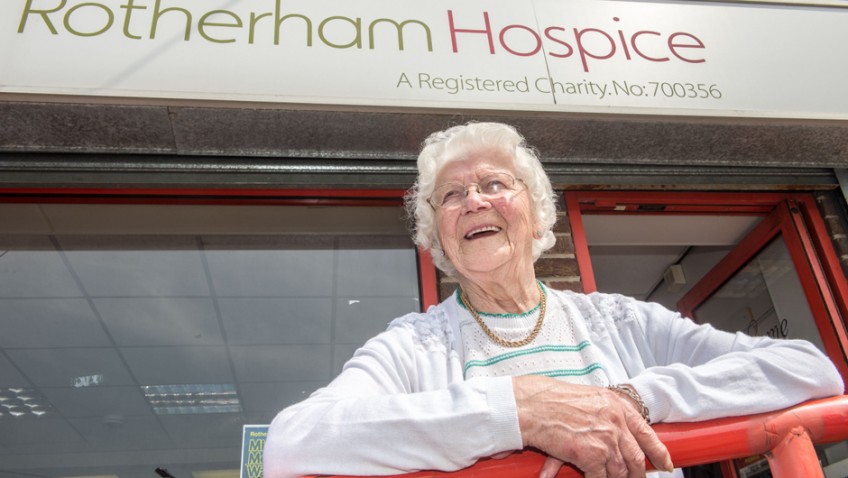 Edna still has a job at 100-years-old

Sprightly Edna Bateman puts the secret of long life down to hard work – as she still has a job at 100-years-old.

The mum-of-three still puts in the hours as a volunteer at the Rotherham Hospice charity shop for one afternoon a week – where she is a pro with a steam press.

She also walks for an hour every day and keeps herself busy with jobs around the house, hair appointments, knitting and outings with her daughters. 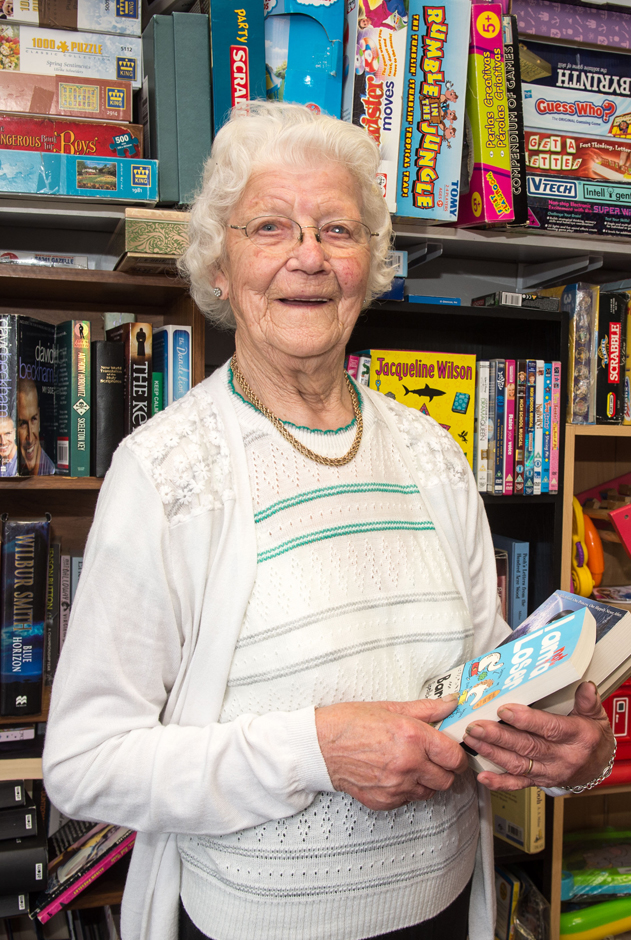 The widow, from Wickersley, Rotherham, South Yorks., celebrated her 100th birthday at a bash on October 6 with friends and family – with grandchildren visiting from Canada and Australia.

Edna’s daughter Pat, who arranged the party for her mum, along with sisters June and Ann, said: “It was like an audience with the Queen.

“She was the oldest person in the room, she’s outlived her oldest friends and I’m not surprised.

“My dad used to call her ‘Perpetual Motion’ because she’s never still and won’t be stopped.

“She gets her aches and pains but she refuses to let them get her down.

“She is fiercely independent and stubborn but I say good for her, because that’s what keeps her going.

“She looks and acts 20 years younger and we’re so proud of her.”

“I don’t feel 100, I’ve never felt my age,” said Edna. “I live an independent life, and my three wonderful daughters are always there when I need them.

“I am fit and happy, and still walk for an hour each day through the village.

“I heard on the news recently that the maximum age a human can live to is 125 – so I think I’ll aim for that next.”

And Edna is sure she will make it – with the help of Oil of Olay and a drop of whisky in her morning coffee.

“It’s all down to Oil of Olay, which I’ve used for 30 years – it’s helped keep the wrinkles at bay.

“I also have about a teaspoon of whisky every morning, but I do not like the taste of it so I have to disguise the taste in my coffee – it keeps you warm in winter.”

Edna had to convince the postman he was delivering her card from the Queen to the right person.

Longevity runs in Edna’s family – her mother lived to the age of 93.

But Edna doesn’t rest on her laurels, she said: “I wasn’t brought up to sit about and people tell me I should take it easy but I like being busy and I really enjoy doing something that helps people.”

Edna is even the go-to person for any steam pressing at the charity shop where she works. She has used the steam press since she started volunteering after her husband, Willis, died 19 years ago.

She said: “I love feeling useful. The hospice is a very good cause and means a lot to the people of Rotherham. I’ll keep volunteering there as long as I’m able.”

Edna left Maltby Hall School at 14 to work on a local farm, before taking a job in the kitchens at Maltby Grammar School.

She met Willis in 1938 and they married while he was home on leave in 1942 during World War II.

They moved into their home in 1947 and she has lived in their same home for 70 years.

Though Edna, who had three brothers, is the only surviving sibling.

She said: “It is sad that you lose people along the way, and if I could have one wish, just one wish, it would be to have my husband back.

“If you sit around and are left with your thoughts these things can start to make you feel sad, that’s why it’s important to get up and out there and get into the world.

“Keeping busy it certainly what keeps me going.”