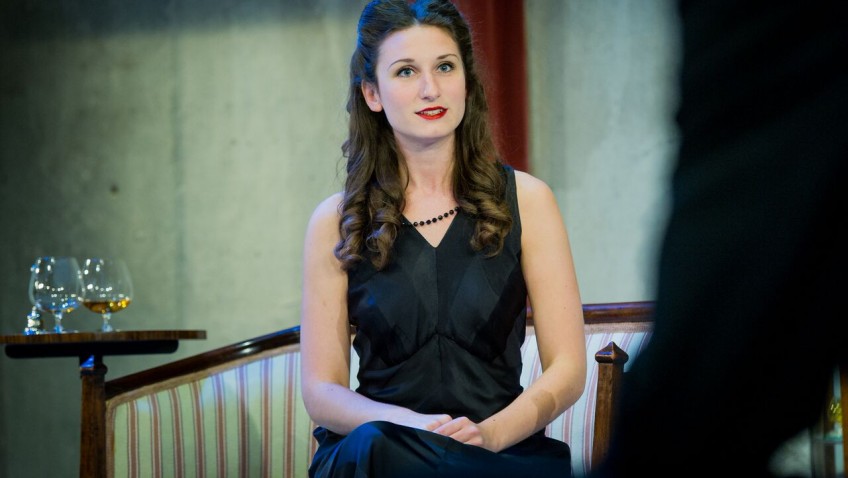 I am intrigued. A play by J B Priestley, which nobody has heard of, let alone seen, is announced. Priestley cannot have thought much of it. It is not included in his three-volume collection of his plays.

Roundabout had its premiere in Liverpool 1932 and there was a production by Cambridge undergraduates in 1935, and those, I think, are the only performances it has had until this enjoyable revival.

The comedy, very light and typical of its era, is given a quasi- intellectual edge with its facile satire at the expense of the bourgeoisie and the communists who are in a state of economic and social confusion.

A bankrupt aristocrat is confronted by his estranged daughter (Bessie Carter) who returns from Russia a keen communist with a male comrade (Steven Blakeley) in tow.

She makes her entrance in shorts, dirty sweater and a large black beret, looking like a male mechanic in a third-rate garage; and she is very off-putting. Her dingy, sullen, scruffy, ugly commie boyfriend is even more off-putting.

The politically-minded daughter was written for Peggy Ashcroft, with whom Priestley was having an affair and the role could be read as a gentle joke at her political expense. Ashcroft never played her.

Bessie Carter is the daughter of Imelda Staunton and Jim Carter, and she has just graduated from drama school and is making her stage debut. Her second act entrance is a wonderful transformation: she is an irresistibly feminine.

Hugh Sachs as the aristocrat’s best friend, an Edwardian parasite and idler (his own words), has the witty Wildean lines.