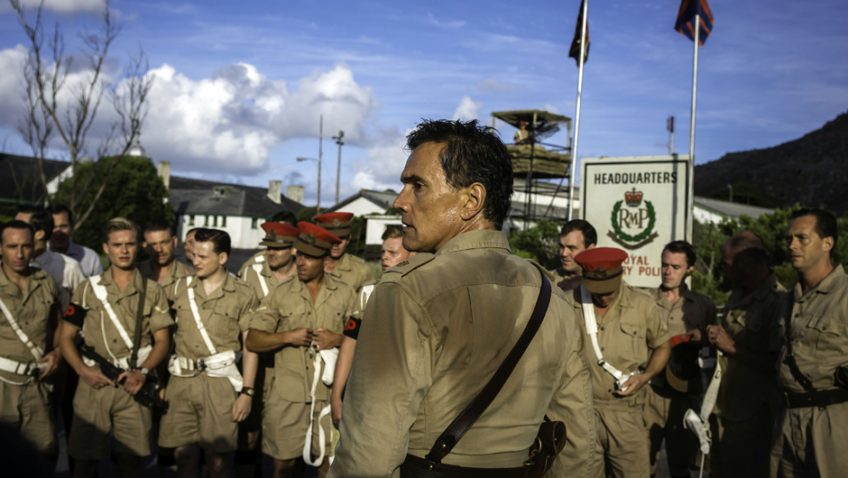 Routemaster moments – the wrong thing in the wrong place or time

In the Sunday Times culture section included in the TV listing is a section called “You Say” in which readers’ comments on programmes are printed. One of the most common complaints are over anachronisms and misplaced objects. It started with one drama series, set in the 1940s or early 1950s or so, with London AEC Routemaster buses in shot: the Routemasters were not introduced in service until February 1956. Since the initial complaining letters, there have been many more reports of poor background research on period dramas.

These moments frequently occur in television period dramas and get irate viewers contacting the channels.

My sofa partner and I have been avidly watching the latest period drama from the BBC, The Last Post, which is set in the former British colony of Aden at the end of the empire rule in the late 1960s. My man is an ex-soldier and was actually stationed there at the height of the Aden Emergency.

Also known as the Radfan Uprising, it was an insurgency against the British Crown forces in the British controlled territories of South Arabia which now form part of Yemen. Partly inspired by Nasser’s pan Arab nationalism, it began on 14 October 1963 with the throwing of a grenade at a gathering of British officials at Aden Airport. A state of emergency was then declared in the British Crown colony of Aden and its hinterland, the Aden Protectorate. The emergency escalated in 1967 and hastened the end of British rule in the territory which had begun in 1839. On 30 November 1967, British forces withdrew and the independent People’s Republic of South Yemen was proclaimed.

He occasionally acted as driver for Lieutenant-Colonel Colin Mitchell, “Mad Mitch”, as he was affectionately known, who ignored the British policy of neutral peacekeeping in Aden by leading his men to retake the terrorist-dominated Crater district of the city in 1967.

So I have been given a running commentary alongside the programme’s action advising me of the many “routemaster moments” as the wrong uniforms and weapons are used.

Apart from the interruptions, this does not stop me enjoying the programme, but judging by the complaints made, many others feel differently.

For those watching solely for entertainment there is a suspension of disbelief particularly in medical dramas or soaps, so why do period or historical dramas cause so much disquiet?

Is it because we like to show off our knowledge of facts or just a case of pedantry? It may be that if the script writers stuck to the social mores of the time a lot of our understanding of the emotional drama would be lost. In Victorian times, for example, women would not dare question a man’s opinion. And thus, lose identity as a character.

One of the most criticised recent dramas was ITV’s Downton Abbey which came under fire when a number of viewers criticised producers for the drama’s ‘error-laden script’. Some complained that particular words and phrases were not being used in the correct historical context, while others claimed to have spotted a modern-style conservatory in shot and double yellow lines on a road. Many of the claims were fiercely contested, however, with the Oscar-winning creator of the show, Julian Fellowes, insisting it was “pretty accurate”.

What do you think? Have these errors spoilt your enjoyment or caused arguments in your living room. Let us know of any “Routemaster moments” you have spotted.