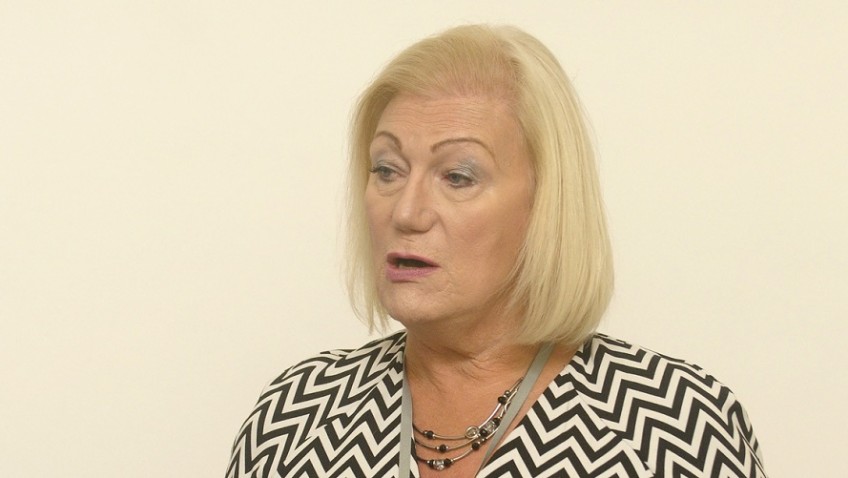 Transgender tells of her barbaric therapy

A transgender former headteacher has described undergoing barbaric therapy in attempt to “cure” her as a teenager.

Carolyn Mercer, 68, said she spent the first 55 years of her life “pretending to be a man”,
as well as undergoing horrific electro-aversion (electric shock) therapy as a teenager in an attempt to “cure” her gender dysphoria.

The barbaric therapy was supposed to suppress her feelings of wanting to transition from a woman to a man, but left her severely traumatised.

She said: “I was taken into a darkened room, strapped to a chair and given electric shock treatment.

“The strategy was to make me associate what I wanted to be with pain.

“It took me 40 years to stop shivering at the thought of that treatment.

“People punished me in this way as if it was OK.

“You would not do that in a prison.

“But I went along with it because I wanted to be cured and not different and dirty.

“It was a long time ago. It does not happen in this country now.

“I don’t want sympathy. I did not just survive, I succeeded.

“I have been very lucky. But I am determined, stubborn and resolute.”

Carolyn, from St.Anne’s, Lancs., said as a youngster she always knew that she was unlike other people who were born male.

She said: “When I was three, I realised I was different.

“I felt dirty and ashamed. I wanted to be like I thought the majority of people were.

“I did not understand why I felt the way I did.

“I remember thinking: ‘Wouldn’t it be wonderful if I could have a brain transplant into a body that fits the way I am.”

Desperate and unsure who to turn to she visited her doctor aged 17 and asked him: “Can you cure me?”

She explained: “I wanted to be like what I thought all the other people were around me.

“But at that time, I wanted to be average, not different.

She even turned to religion in a bid to find a resolution to her feelings.

Now when Carolyn, who speaks on transgender issues, addresses a crowd, she simply introduces herself by saying: “I am Carolyn Mercer. I am 68 and I am left-handed.”

She explains: “The generation before me, left-handedness was so abhorrent, your arm was tied behind your back or your hand was slapped.

“You were forced to use something that was not natural to use.

“The French for ‘left’ is gauche as we use to mean clumsy and the Latin word for left-handed is ‘sinister.’

“In the Bible, left-handedness was described as a sin and there is also a reference to men dressing in women’s clothes.

“This is in the same chapter that says: ‘All of you are going to hell because you are wearing clothing of mixed cloth.

“The chapter before that says: ‘If your son misbehaves, take him to the city walls and stone him.'”

She tried living as normal a life as possible as a man, but after visiting a psychiatrist in 2000 she was offered the change to make the transition to become a woman.

She said: “I got married and had two children. We are still together.

“But I suffered from severe depression and went through an extremely stressful time.

“I was even having suicidal thoughts as I thought that would be better for my family.

“It wasn’t until 2000 that I met a psychiatrist and for the first time, someone said to me: ‘You have a clear choice. You can put up with it and stay as you are. Or if you want to change your gender role, I will help you.”

But in 1994, as she was transitioning from a male to a female she was suddenly outed and was placed under suspension while an investigation was carried out.

The story was leaked to the national press and she became embroiled in a tabloid scandal.

She said: “I was at home and a photographer came to my door and asked to take a photo of me.

“Unknown to me, he had taken a photo.

“When he arrived, I had been in the kitchen preparing a meal and I went to the door holding a tea towel in one hand and in the other hand, I was carrying an upright courgette.

“This was the photo that appeared in all the tabloids. That’s what the tabloids did then.

“I can laugh about it now.

“In 1994 when I hit the headlines, there were very few other stories about transgender.

“In 2002, there were more. Now, in 2016, you almost cannot open a newspaper without seeing something about transgender.”

Carolyn admitted it was being suspended from her job that hurt more than being outed as transgender.

She said: “This was my life and my livelihood.

“I was suspended and an investigation was carried out and my staff were asked for anonymous comments.

“The charges against me were not to do with my gender, they claimed I did not have the honesty or integrity to be a headteacher.

“There was no case to answer.

“I returned to school and back to being a headteacher.

“You do it because you have an inner strength.

“I have been very lucky. But I am determined, stubborn and resolute.

“That does not come to everybody.”