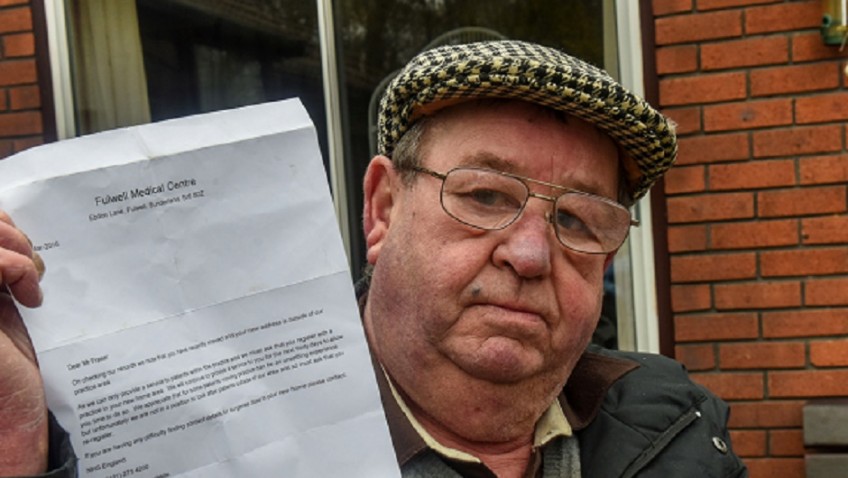 A pensioner, who has had the same GP surgery all his life, has been told he needs to find a new one after moving house – 30 YEARS ago.

Great-granddad George Fraser, 71, has been a patient at Fulwell Medical Centre for seventy years but was sent a letter saying he had “recently moved”.

The letter from his doctors said because his new address is outside the practice area he would have to register with a new surgery.

But Mr Fraser says he and wife Olive, 71, last moved homes 30 years ago – just half a mile down the road.

The letter added “unfortunately we are not in a position to look after patients outside of our area and so must ask that you re-register”.

Garage owner Mr Fraser, of Ashbrooke, Sunderland, says he wants to remain at the practice.

But bosses say that letters have been sent out to certain patients after they looked at the practice’s overall list size.

Diagnosed as asthmatic, Mr Fraser also had chronic obstructive pulmonary disease and relies on a motability scooter to get about.

He said: “The last time I moved house was 30 years ago and that was about 400 yards from Rowlandson Terrace to Cedars Court where we are now.

“At first I thought it must be a mistake or something but when I rang up they said it was right. She said that I had 30 days to find a new doctor.

I’ve been with them for 70 years, it’s not a short time at all. To be told to find another doctor now is disgusting.”

Mr Fraser, who has three sons with Olive, as well six grandchildren and four great grandchildren, says he now intends to picket the medical centre until he is allowed to stay a patient. ‘

‘I’d really like this to be reversed,” he added. ”I want to get 10,000 flyers printed out so I can tell people about what they are doing.”

Practice manager at Fulwell Medical Centre, Carole , said: “This is due to capacity. “We want to ensure we are providing safe care.”