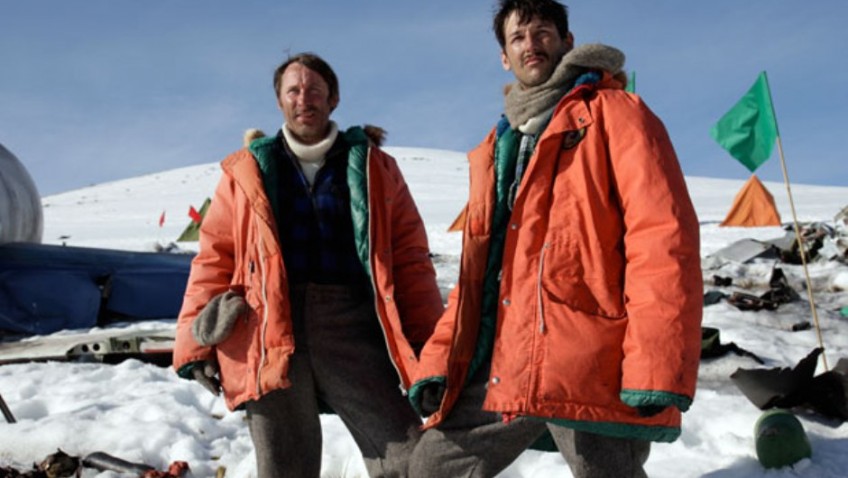 A timely documenatry of a salvage operation

While search teams have just located the tail of the Air Asia flight that disappeared into the Java Sea on December 27, killing all 162 on board, Peter Burger and Charlotte Purdy’s timely documentary, Erebus: Into the Unknown is opening in cinemas (followed shortly by a DVD release).

The film is about what happened when a team of New Zealand Police officers, untrained in such operations, were despatched to Antarctica to retrieve and repatriate the bodies from an Air New Zealand crash.

That this tragedy took place on the other side of the world and 36 years ago does not diminish the film’s impact half as much as the directors’ annoying practice of showing, through re-enactments, exactly what the interviewees are telling us.

On 28 November 1979 an Air New Zealand jet went missing at the foot of Mount Erebus with 257 men, women and children on board.  About three-quarters of this slight film are devoted to re-enactments of the body gathering in Antarctica, and interviews with the policemen whose lives have been traumatised by the experience. It is not often that we are taken behind the scenes of a body-salvage operation.

The loud squawking birds of prey attacking the corpses; the 24-hour sunlight and the frigid wind howling through their unheated tents, making sleep problematic; the men sleeping in their work clothes and using the same gloves to eat and dig for bodies.

A shower is impossible and food is tasteless grub. At the end of the operation they release tension by sledging on unused plastic body bags and drinking wine from miraculously unbroken bottles found in wreckage.

Air New Zealand had sent senior staff to investigate how a jet plane could fly into a mountain in broad day light and blamed ‘pilot error’. In time, Greg Gilpin and Stuart Leighton among others would start to question that conclusion.

First, we see how the weather can change within minutes, covering the mountain. Then we learn that when the body of Captain Collins was found (in tact, including uniform), so, too, was his three-ring binder notebook full of technical writing.  The team turned it in to Air New Zealand.

The final quarter of the film is devoted to what emerges as a cover-up between the Government and its national airline. A frustrated investigator points to the brochures promising a sight-seeing tour. So officials knew the plane would be flying low. He is not popular at Air New Zealand.

At the Royal Commission of Enquiry it emerges that the navigational coordinates had been changed but the pilot and crew had not been informed.  Air New Zealand maintain that pages were removed from the binder because it contained phone numbers of women the married pilot saw when abroad.  Leighton informs the Enquiry that it did not contain any phone numbers.

While the initial interviews with Greg Gilpin and Stu Leighton are interesting and the re-enactment (shot in New Zealand) of the search for corpses is gruesomely fascinating, there is a lot of repetition. On the other hand, the intriguing story of the cover-up receives the least amount of time and leaves us wanting to know more.