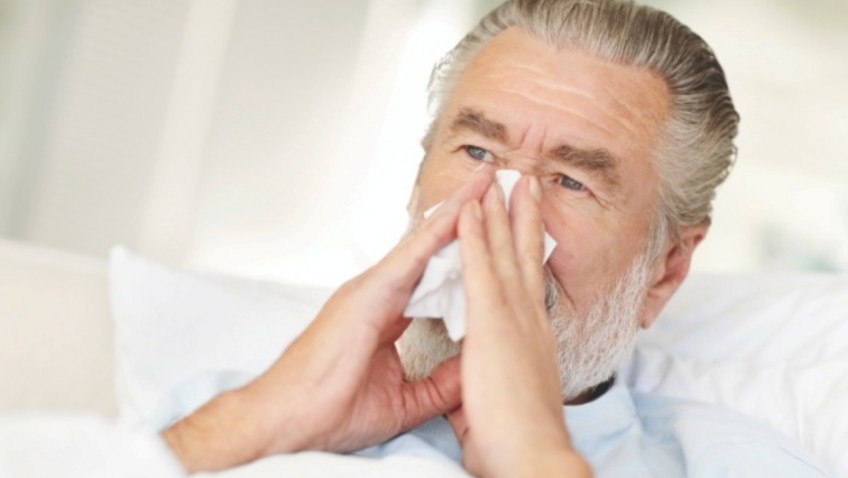 Time to batten down the hatches against the common cold

The cold season is upon us as autumn approaches there are as many as 200 different viruses that can infect the upper respiratory tract to cause symptoms of the common cold.

Inflammation of the lining of the nose, throat and sinuses leads to the typical symptoms of sore throat, runny stuffed-up nose, watering eyes, coughing and sneezing. Symptoms usually last from three to seven days unless complications such as sinusitis or chest infection set in.

Cold viruses are highly infectious and spread from person to person through coughing, sneezing and contact with shed viruses, which can survive on door handles, tissues and other surfaces for at least 24 hours. Good hygiene is vital to limit the transmission of cold viruses.

Eating a nutritious diet optimises immune health to help you shrug off a cold with few, if any, symptoms.

People who sleep for less than 7 hours a night are three times more likely to develop cold symptoms than those who regularly sleep for 8 hours or more.

Stay warm – chilling constricts nasal blood flow, and local immunity, to triple your chance of developing symptoms when exposed to a cold virus.

Foods to starve a cold and feed a fever Rob Hobson, Healthspan Head of Nutrition says: “Cold and flu bugs thrive in dried out throats and nasal passages so it’s a good idea to drink plenty of warm fluids throughout the day which can help keep your mucous membranes moist so they are able to trap viruses.

“There’s been lots of noise around bone broth recently and hot chicken soup raises temperatures in your nose and throat. A laboratory study of both homemade and shop-bought soups at the University of Nebraska Medical Centre, found that soup inhibits white blood cells called neutrophils that are released in huge numbers when you have a cold. It’s the congregation of these white cells that cause a cold’s congestion.”

According to Ayurveda (traditional Indian medicine), cinnamon, coriander, and ginger promote sweating and are often used to help break a fever. You may also be able to unclog your stuffy nose by generously spicing up some dishes with cayenne, horseradish, or (for lovers of sushi) wasabi. Each of these condiments can shrink the blood vessels in your nose and throat to temporarily relieve congestion.

You don’t usually need to see a doctor unless symptoms last longer than a week, or infection spreads down to your chest. Those most at risk of a chest infection after a cold include: the elderly, smokers, people with diabetes and those with other health problems (eg cancer) or lung problems (eg asthma, chronic bronchitis, emphysema). Symptoms that suggest this has happened include:

Diet should always come first says Rob Hobson, but below are a list of supplements that may help to support our immunity throughout the autumn months ahead.

Probiotics stimulate immunity against cold viruses, especially when combined with a Multivitamins and minerals to help guard against micronutrient deficiencies.

Echinacea is a traditional herbal remedy for cold and flu relief.

Rhodiola is a traditional herbal remedy to reduce stress, exhaustion and fatigue.

Pelargonium is a traditional herbal remedy for the relief of the common cold, blocked or runny nose, sore throat and coughs.

Garlic tablets, may help to protect against viral infections.