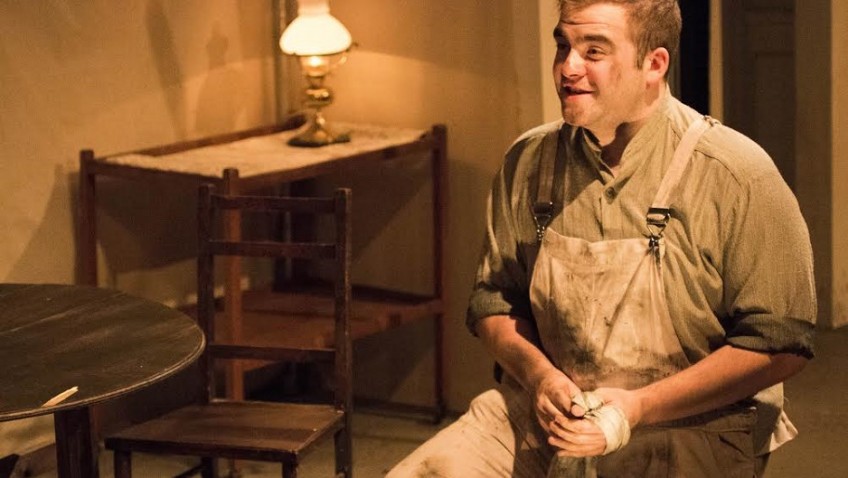 Four rare one-act plays from the Manchester School of Playwrights

Anne Horniman (1860-1937) founded the first English repertory company in 1908 at the Gaiety Theatre in Manchester and invited Lancashire playwrights to send their plays to her.

“If Lancashire playwrights will send their plays to me I shall pledge myself to read them through. Let them not write as one dramatist does, about Countesses and Duchesses and society existing in imaginations, but about their friends and enemies – about real life.” Finborough Theatre is reviving four very brief one-act plays by three of the most famous members of The Manchester School of Playwrights.

Harold Brighouse is famous for Hobson’s Choice, the most revived of all the Manchester plays. He wrote The Price of Coal in 1909. The price of coal is miners’ lives and burned corpses. There’s been an accident in the mine. Is the young miner who is about to announce his engagement dead?  His mother (Ursula Mohan) and girl friend (Hannah Edwards) wait. There’s nowt to cry about; sudden death is an everyday occurrence.

Allan Monkhouse is best known for Mary Broome and The Conquering Hero which have been seen recently at the Orange Tree. Night Watches, which premiered in 1916, is set in Red Cross Hospital in France in World War 1. A soldier traumatised by the screaming exploding shells has gone deaf and dumb. His best mate doesn’t know if he is shamming or pretending. Can the nice middle-aged orderly (James Holmes) cure him?

Stanley Houghton is best known for Hindle Wakes, which was seen recently at the Finborough. The Old Testament and the New premiered in 1914. A daughter elopes with a married man. Her father (James Holmes), whose religious belief is based on the Old Testament, refuses to forgive her. Sin must have its punishment.

Harold Brighouse’s Lonesome Like, also strongly critical of the Church, premiered in 1911. It looks as if a disabled elderly Lancashire mill worker (Ursula Mohan) will end her days in the workhouse. A hulking young lad with learning difficulties (Lewis Maiella) is lonesome. His mother has died recently and he misses her sharp tongue.

It would be a good moment now to take a look at two full-length plays. A revaluation of Stanley Houghton’s The Younger Generation and Harold Brighouse’s Zack is long overdue.