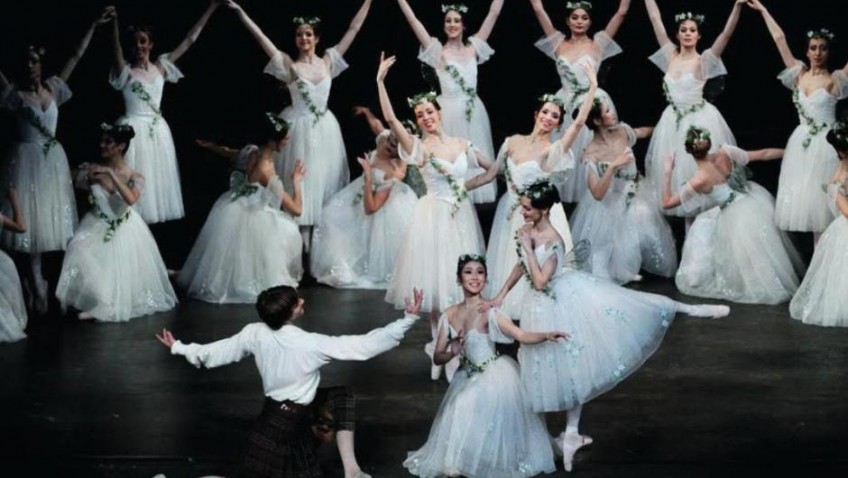 Romantic ballet was born in 1831. The scenario changed. Goddesses and satyrs were out. Sylphs, wilis and ghosts in white tulle, lit by gas lamps, were in. Men fell in love with supernatural beings in misty forests and went through all sort of romantic agonies.

August Bournonville’s masterpiece, which premiered in Copenhagen in 1836, is the oldest romantic ballet still in the international repertoire and his version is still danced by the Royal Danish Ballet.

James, a young laird in a kilt, a dreamer, ditches his bride, preferring to have a highland fling with an elusive sylph.  The role of James is, for a Danish dancer, the equivalent of Hamlet for an English actor.

The story is the perfect mirror image to the romantic conflict between the spiritual ideal and carnal reality. James chooses the beautiful and unattainable rather than the mundane and domestic, with fatal results for the sylph and himself.

Queensland Ballet, making its first visit to the UK, has chosen the Peter Schaufuss 1979 version which restored the ballet to its original length.  Light of foot, light in is leaps and jumps, his additional choreography, totally immersed in the unique Bournonville style, has an attractive bounce.

The music is by Norwegian composer Herman Severin Lovenskjold who was only 21 when he composed the score. (He celebrated his 200th birthday on 30 July, 2015.)

David Walker’s sets and costumes are revived. The company dances with verve. It’s all very pretty and exquisite; but never really tragic. Ideal, then, for young children who were there in large numbers at the matinee.

Qi Haun, fast and exact, soars as James. His buoyant leaps, his elegant precision and his manly understatement impress.

There is not much visible characterisation in Tara Schaufuss’s sylph; but Hecate would be quick to recognize a good witch when she saw one (Janette Mulligan) and be sure to invite her to come up and see her cauldron sometime.

The Schaufuss connection with La Sylphide goes back to his parents who danced in it at the Royal Danish Ballet nearly a century ago and it also goes forwards to his own children. Tara is his 23-year-old daughter. Luke, who also danced James during Queensland’s London season, is his 21-year-old son. Janette Mulligan is Tara’s mother.