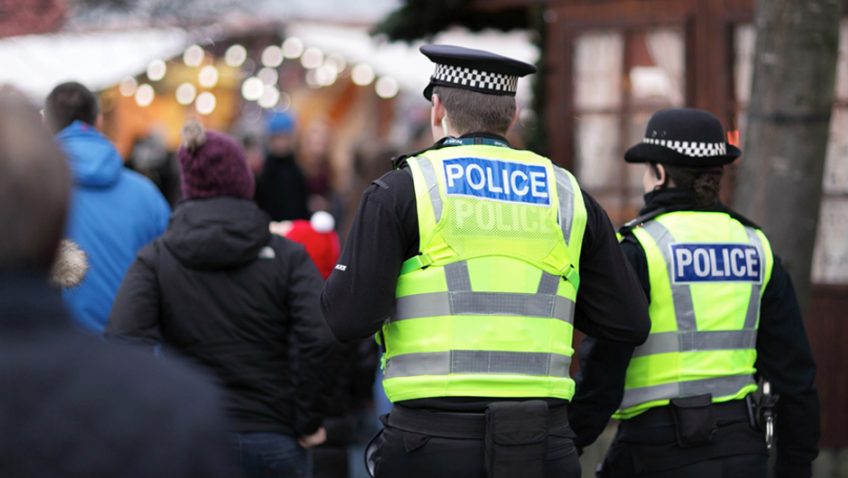 At the 2015 Police Federation Conference, I remember an impassioned plea from a Manchester police inspector to the then Home Secretary Theresa May.

Damian O’Reilly spoke directly to Mrs May about the collapse of community policing in Manchester as a result of government policy. He implored her to reconsider the level of cuts planned over the next five years.

Inspector O’Reilly had won Britain’s “Community Officer of the Year Award” in 2010 and was later awarded an MBE for his work, he was well qualified to give a true picture of how cuts were impacting on communities.

He explained why he had left his role as a neighbourhood inspector: “I couldn’t take it anymore because the changes that have been imposed have caused community policing to collapse”.

He said: “That’s the reality Ma’am, intelligence has dried up. There aren’t any local officers. They don’t know what’s happening. They’re all reactive. There’s no proactive policing locally”.

He told the Home Secretary: “We run the risk here of letting communities down, putting officers at risk and ultimately risking national security”. Damian O’Reilly has also warned that cutting community policing will harm early steps to stop teenagers being radicalised.

Theresa May responded by accusing the Police Federation of “scaremongering” – “This crying wolf has to stop”.

Throughout her term as Home Secretary, Theresa May was warned of the inevitable impact of cuts. The late Paul Mckeever prophetically raised the potential of civil unrest and police not having the resilience to adequately respond. He was similarly dismissed as a “scaremonger”. The following year saw the worst riots on our streets since 1981.

When the Home Secretary was warned that the cutting of over 20,000 warranted police officers posed a real threat, that neighbourhood policing was practically non-existent and we were likely to be moving to a paramilitary style of policing. In response Theresa May said: “I have to tell you that this kind of scaremongering does nobody any good”

Just two years on we now have the army on our streets, assisting police forces following the atrocity at the Manchester Arena. Some claim the deployment is a sign of “strong leadership”. I suspect it’s panic-ridden attempt to save face by a Prime Minister who as Home Secretary championed cutting over 20,000 officers, has always denied any negative impact, and now must surely realise that the police cannot cope? Neighbourhood policing is the foundation stone of the British Police Service, we lose it at our peril. Police officers play a vital part in countering violent extremism as trusted sources for intelligence gathering within communities, but community officers are being moved to fill the gaps on ‘response’ teams.

The Prime Minister claims to represent “strong and stable” leadership. Leadership qualities include the ability to listen and follow advice from professionals. Her record as a serial non-listener is well documented. I strongly urge her to find the humility to listen, put the safety of communities before party ideology and address the crisis that we currently have in policing.