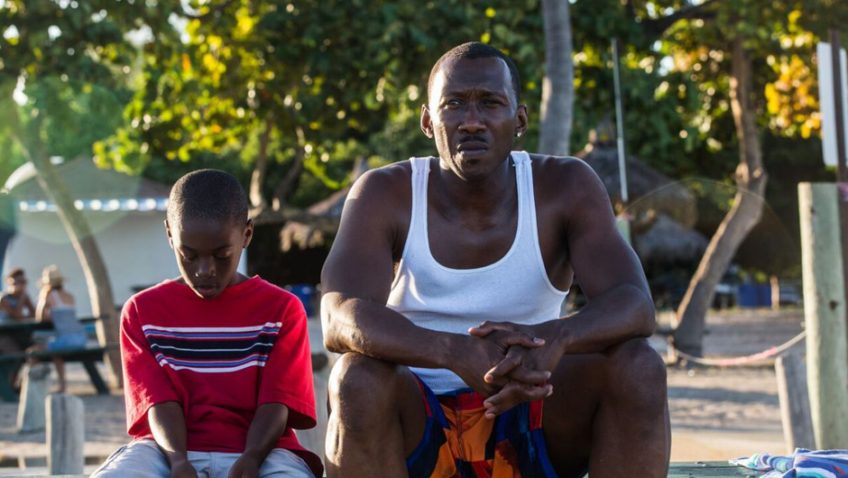 An opportunity to catch up with some Oscar winners

Moonlight (Altitude). Barry Jenkins’s all-black, deeply personal and sensitive film, set in impoverished Miami, is based on a play by Tarell Alvin McCraney with the poetic title “In Moonlight Black Boys Look Blue.” He observes the life of a sad, vulnerable, bullied gay black boy in three stages. The role is played by three charismatic actors: Alex R. Hibbert (largely silent with great eyes) is the eleven-year-old, Ashton Sanders is the seventeen-year-old and Trevante Rhodes is the 25-year-old, who looks nothing like his younger selves, the boy having grown hard and strong. There are fine performances from Mahershala Ali, the neighbourhood drug dealer and mentor to the little boy, from Naomie Harris as his crack-addicted mom, and from Jharrel Jerome and André Holland who play his friend as teenager and adult respectively. The film quite rightly got the Oscar Award for Best Film rather than La La Land

Fences (Paramount) August Wilson, the great African-American playwright, wrote a cycle of award-winning plays, which chronicled the American-Black man’s experience in the twentieth century, one play for each decade, an amazing and unique achievement. Denzel Washington repeats the role he acted on the Broadway stage in 2010. A former League baseball star is now earning a living as a garbage man in Pittsburg and behaving badly towards his family. You have to accept that what you are seeing is a filmed record of a stage performance. The actors – Viola Davis as his wife (she won an Oscar), Mykelti Williamson as his mentally disabled brother and Stephen Henderson as his long-time white friend – are excellent. It’s a powerful drama which will make many theatergoers long for some distinguished black actors to stage August Wilson’s whole cycle.

La Strada (StudioCanal) This dark, melancholy and memorable film, shot in bleak impoverished post-World War 2 Italy, is a travelling circus story of loneliness and jealousy. Released in 1955, its neo-realism won an Oscar for Best Foreign Language Film and made Federico Fellini internationally famous. There are three definitive performances. Anthony Quinn is the brutish chain-breaking Strong Man who buys a waif to be his assistant and dogsbody. He treats her appallingly, not realizing he loves her until it is too late. Giulietta Masina is the innocent, gauche, retarded waif, a painfully lonely clown who beats a drum and blows a trumpet for her master. Her large round-eyed pantomime performance draws on Chaplin and silent film for its pathos. Richard Basehart is the acrobatic clown, a high-wire walker, who teases her affectionately. The story ends in tragedy. There is a haunting score by Nino Rota

20th Century Women (Entertainment One) is a Mike Mills introspective film about parenthood. Parents are the very last people to entrust with bringing up children. It’s amazing children survive. It’s also amazing parents survive. All mums worry about being terrible mums. A single mother (Annette Bening), who came to motherhood late (she was 40) is so out of tune with the world and times she lives in (California 1979) that she worries about her 15-year-old son (Lucas Jade Zumann, a bright confident young actor). She wants to raise him to grow up to be a good decent man and to have a more meaningful life and be happier than she is. She recruits two young women (Greta Gerwig and Elle Fanning) to educate him; one is into punk, the other fools around and is a bit of a slag.

The Bird With The Crystal Plumage (Arrow). A young American (Tony Musante) in Rome on holiday witnesses an attempted murder in an art gallery. But he’s in the street looking in through a huge locked window door and can do nothing. He can see what is going on but cannot hear what is being said. The American becomes obsessed with finding the homicidal maniac regardless of his life and his girl friend’s life. The young Dario Argento’s debut, an intriguing 1970 Italian thriller, was well received in its day, but is not as exotic as its title and is never again as good as its classy opening sequence with the attempted murder.

Death In The Garden (Eureka). Luis Buñuel directs this 1956 Mexican-French adventure story. So hopes are raised; but only to be dashed. In the first and better half rebellious diamond prospectors in a fascist-run state are shot. In the second half a handful of people (prostitute, prospector, mercenary, priest and deaf-mute) attempt to escape to Brazil via the jungle. (The jungle is no garden, believe you me.) You would think with a cast like Simone Signoret, Charles Vanel, Georges Marchal and Michel Piccoli that the acting would be good. It isn’t. The script is so bad and the dialogue is awful. The one image which sticks in the mind is an army of ants eating a dead snake.