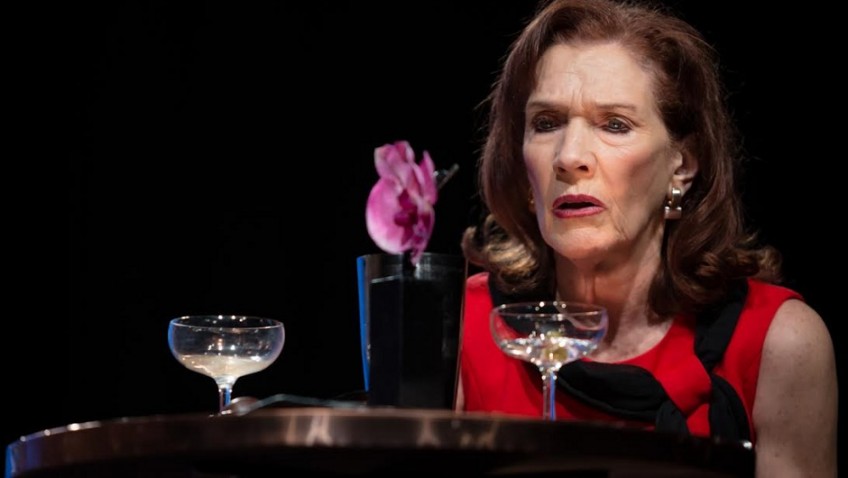 Robert Tanitch reviews In the Bar of a Tokyo Hotel at Charing Cross Theatre, London WC2

Tennessee Williams’ heyday was the 1950’s and he had been long out of fashion with the public and the critics when he wrote In the Bar of a Tokyo Hotel.

The reception at the premiere in 1969 was bad. Even his mother said it was time he found another occupation. The production ran for only 23 performances.

The play, full of self-pity, is about the humiliating and unavoidable doom of an artist long past his sell-by date. The artist is an alcoholic, burnt-out, sick painter and his wife wants his money and him dead.

The play is strongly autobiographical and based on his relationship with Frank Merlo, his lover. Their relationship was fuelled by envy.

Merlo wanted him to succeed and yet at the same time he wanted him to fail. He resented that Williams put playwriting first and Merlo second.

On stage in the Tokyo bar the cynical, rapacious, ravenous Miriam (Linda Marlowe) and her artist husband, the ravaged romantic Mark (David Whitworth), represent the two sides of Tennessee Williams, torn between defeat and defiance.

The only likeable person is the Japanese barman (Andrew Koji).

Robert Chevara’s production has not got the measure of the play’s special feature, its truncated dialogue, and Linda Marlowe tends to be giving a “performance”.

Miriam is the voice of the playwright’s self-loathing and her final words are his: “I have no plans. I have nowhere to go.”

Tennessee Williams was 58. He would continue writing but he never had another success. He lived another 13 drug-ridden, alcohol-ridden years.