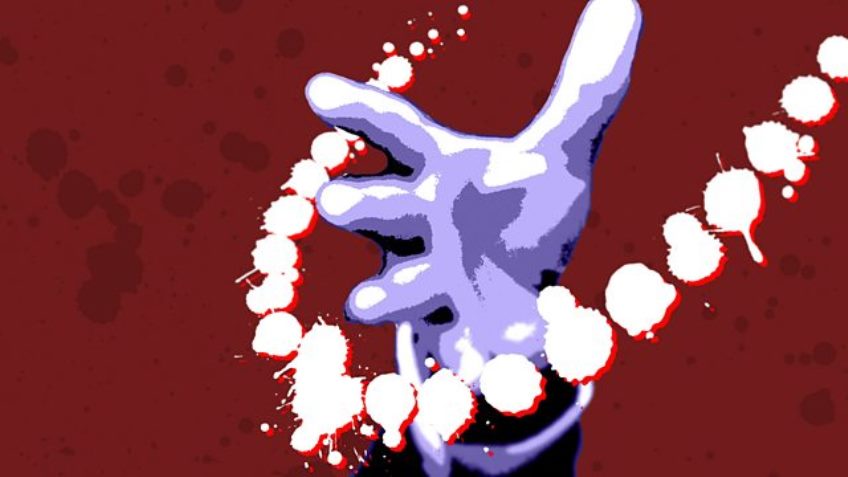 The gory story of cutthroat demon barber, Sweeney Todd, has been told many times over, turned even into a Stephen Sondheim musical, full of harmonious song, which was itself based on a 1973 play by Christopher Bond. But it was in the pages of an 1846 Victorian penny-dreadful, a gruesome Gothic horror penned by Thomas Prest that the soulless serial killer first came into being and the tale unfolded of the multi-murderous barber and of Mrs Lovett’s subsequent melt-in-the-mouth pies. Now Archie Scottney has adapted Prest’s work from its original eighteen melodramatic parts to create two radio episodes. Yet even added together, the sum of all those parts is infinitely lower than the sum of the parts in Mrs Lovett’s pies.

Sondheim’s Todd is a deeper, more rounded, even sympathetic character at times, and a fine singer to boot, but the melodramatic Todd is no such thing. He’s a rough, gruff, growling, two-dimensional embodiment of cruelty and evil as required by the genre, while the humour is darker and grimmer. In this Jarvis and Ayres production, directed by Rosalind Ayres, Martin Jarvis plays Todd. His feral London grunts and cold, heartless gravelly growlings give no hint of the naughty, cheeky tones of Just William for which Jarvis is otherwise renowned.

Big names join the cast with the likes of Rufus Sewell, Jonathan Cake, Joanne Whalley and Ian Ogilvy all taking roles (and/or pies) in the filthy, desperate world of 1785 London, in which the unscrupulous exploit the innocent, and the good, upright folk fight bravely for justice. The mysteries, secrets, suspense, improbable twists, turns and revelations keep on coming until, in the end, they’re tumbling out thicker and faster than meat from a mincing machine in a final breathless, full-tilt, headlong gallop to the finishing line – in true penny-dreadful style.

The improbable string of horror-thriller events begins with a sinking ship, aboard which is Joanna Oakley’s beloved Mark. Mark entrusts to fellow seaman, Thornhill, a string of pearls, to be delivered to Joanna if he should perish. From that point on the plot winds and twists and thickens like gravy in a pie mix. Mark has already disappeared, and then Thornhill disappears, too. His howling dog, though, hangs about, refusing to leave – and strangely unwilling to eat one of Mrs Lovett’s delicious meat pies. Pies, reluctant pie-makers, notes in pies, hirsute customers, policemen, and posh chaps bent on championing truth and justice all come and go, often in mysterious ways, while Joanna, frightened but brave, is pressed by her fiction-writing friend Arabella into dressing up as the next boy apprentice to Mr S. Todd, thereby making a Charlie of herself. Moira Quirk plays versatile Joanna, while Rufus Sewell is the gallant, helpful Colonel Jeffrey, who acts, too, as our suave-voiced narrator. So might he, one day, hope to get the fair lady’s hand? (though preferably not in a pie!)

As we career through the unexpected ravellings and unravellings, and down into the dark vaults beneath St Dunstan‘s, we can never be sure what will happen next in this improbable mixing bowl of murder, cruelty, hatred, blackmail, betrayal, deception, robbery, jealousy, romance, imprisonment, escape, caricature characters, surprises, throbbing chords, suspense and grim humour. “I’m mad, quite mad,” echo Sweeney Todd’s last words in a tale that’s mad, frivolous and very, very horrid.