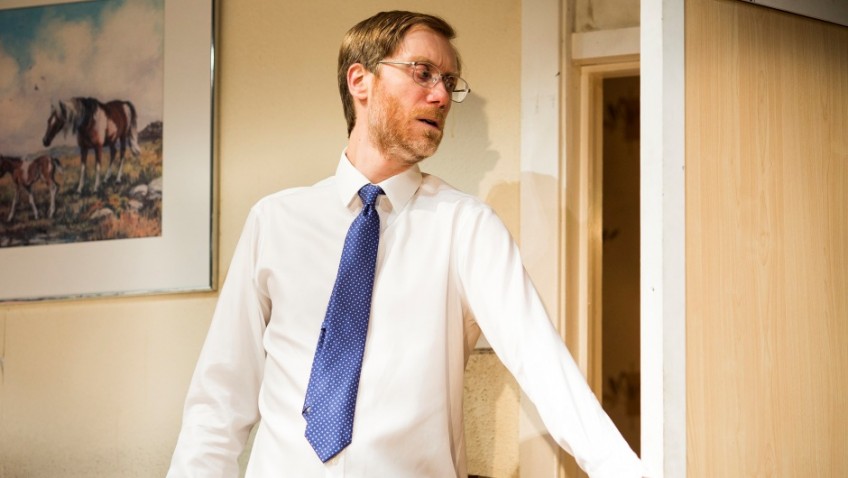 Richard Bean, author of the award-winning and enormously successful One Man, Two Guvnors, wrote a two-hander, called The Mentalists, which was staged at the National Theatre in 2002. It was about two lonely and pathetic oddballs in a hotel bedroom In London.

The revival, directed by Abbey Wright, marks the stage debut of Stephen Merchant, a highly experienced stand-up comedian, and the award-wining co-creator and executive producer of the phenomenally successful television series, The Office.

Merchant’s casting raises expectations that the play is going to be funny, but the first act fails to produce much laughter. He spends most of his time in his boxer shorts, which make him look even taller. He is already 6 foot 7 inches. He plays a middle-manger in an industrial cleaning firm, running a fleet of cars. He looks like he might be deranged.

Richard Bean has a degree in Social Psychology and has worked as a psychologist and as a stand-up comedian.

The Mentalists gets darker in the second half and turns into quite a different and potentially more interesting play. I wish that both acts had been acted and directed in a manner more appropriate to, for instance, The Dumb Waiter by Harold Pinter. As it stands now the two acts don’t gel and the play doesn’t really work.