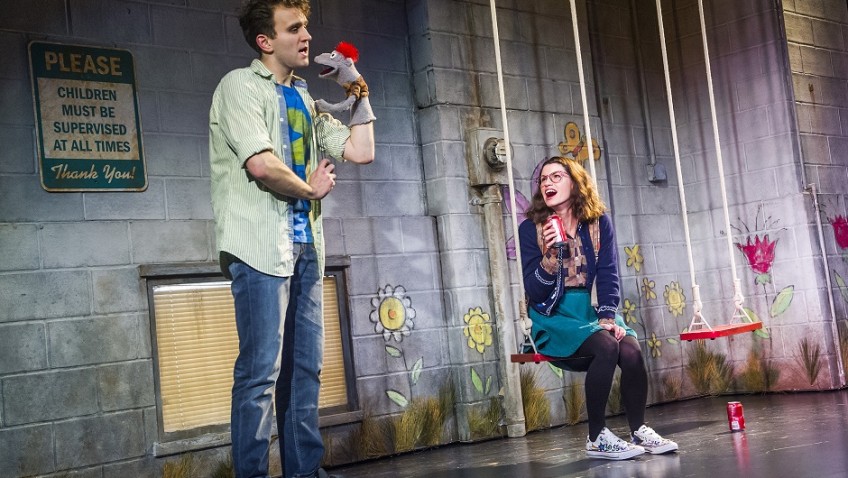 Hands off! Harry Melling is working hand in glove with Tyrone

I can’t see Hand to God repeating the success it had in New York in London.

I would give Robert Askins’s play a wide berth if I were you.  It’s a really bad play.

The religious satire is puerile, crude and singularly unfunny.

The leading character is Tyrone, a glove puppet, who takes possession of a meek and unhappy teenager and voices the teenager’s innermost blasphemous, demonic and randy thoughts.

Harry Melling plays the puppet and the teenager, a hand-job which he does well vocally and physically.

There are four other actors and they have truly awful roles.

The best ensemble acting came from the audience.

If you want to see a really good story about a puppet watch the Cavalcanti episode in Dead of Night, the 1945 Ealing Studios film, with Michael Redgrave as a ventriloquist driven to murder by his sinister dummy.