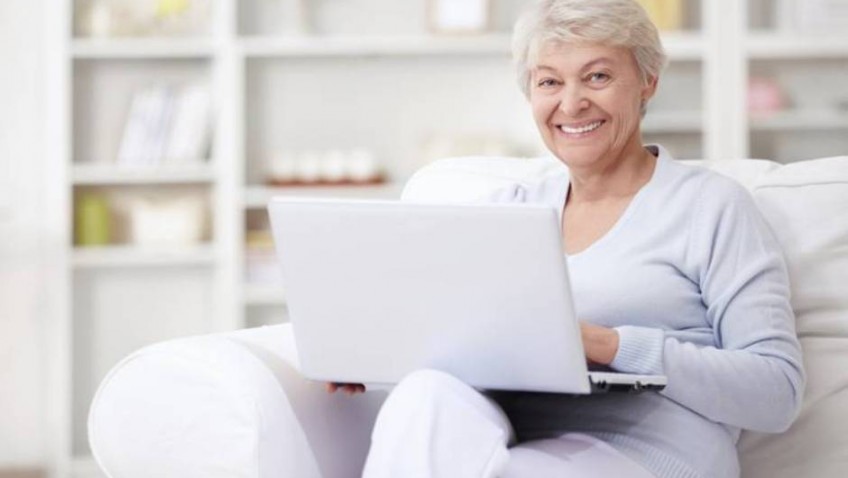 The Government must take the financial needs of middle-aged carers and those who will struggle to keep working into their old age fully into account when making any future changes to the State Pension Age, warns Age UK today as it publishes its new report ‘Working later, waiting longer.’

With an independent review into the State Pension Age (SPA) now underway, the Charity’s new report takes an in-depth look at eight people in their fifties and early sixties who are likely to lose out badly from any rise in their SPA. This is because they are in physically demanding jobs, in the building trade for example, which they will struggle to sustain; or because they scaled down their hours or gave up work in midlife to care for loved ones; or because of ongoing periods of ill health. Like hundreds of thousands of others in the same boat, those interviewed expect to be heavily reliant on the State Pension and are growing increasingly anxious about how they’ll manage to survive until they are old enough to draw it – a problem that will get worse if the Government decides to raise their SPA further, following the conclusion of the independent review.

Mike, a 55 year old self-employed carpenter, already has trouble with his back and doesn’t think he will be able to carry on with his work on the building site, saying: “The job would be too heavy for me, it’d be too much… too dangerous… you just can’t physically do what you’re supposed to be doing.”

Sarah, 53, cares for her mother who has Alzheimer’s and works part-time in an administrative role for a large company. Her mother is likely to need increasing care in the next few years and Sarah is not sure what she’ll be able to do about this as she expects the State Pension to be her main source of income in retirement and says she will not be able to retire until she receives it. She worries that the rises in State Pension Age will ‘cut the options down’.

Increases in average life expectancy have driven a rise in the SPA in recent years; it’s now set to reach 67 by 2028 for both men and women. Thankfully, most people will live to 67 and beyond, but there are still many – particularly men living in deprived areas or with a lifetime of low paid, insecure work – who are less likely to reach later life in good health and who may not have many years of retirement to enjoy. The differences in healthy life expectancy in this country are staggering: the latest population figures show that in the most deprived areas, boys born now in England can be expected to live a whole 19.0 years less in good health than those in the least deprived areas, and for girls the gulf is even greater at 20.2 years.

Age UK is warning that while some people will be relatively unaffected by a longer wait for their State Pension – and increasing numbers of people are continuing to work after SPA – others could experience real hardship. Sadly, the people at greatest risk are adversely affected in a number of different ways: they are more likely to be in worse health, to be in physically demanding jobs, and to have had less opportunity to build up a nest egg for their retirement after a lifetime of low pay. To illustrate this, over a third (37%) of 55-64 year old women and around a fifth (19%) of 55-64 year old men have no private pension savings at all and as many as 45% of pensioner couples and 71% of single pensioners currently receive at least half their income from State Pensions and benefits.

Tragically, many middle-aged carers also face hardship in later life because of having reduced their hours or given up work altogether to ‘do the right thing’ and look after a loved one. Benefits to help carers do not compensate for the money most forego in earned income so they are often left on a low income and with few savings when they themselves come to retire: according to recent research, those in work and receiving Carer’s Allowance have only ten per cent of the pension savings of the average saver.

That’s why Age UK is urging the Government to factor in the reality facing people like this before making any decisions about their SPA. The Charity is also calling for better support and more opportunities so that people can stay in a job that works for them until they reach their SPA. And it is asking independent reviewer John Cridland and his team to interrogate the full range of options available to help protect older people who are most affected by SPA rises.

Caroline Abrahams, Charity Director at Age UK, said: “We should all be able to look forward to a decent retirement but the sad truth is that blanket rises in the State Pension Age, without any extra protection for disadvantaged groups, could take this out of some people’s reach. Men and women who have worked hard all their lives in tough manual jobs, or who have scaled down their hours or left work in midlife to care for an ageing parent are among those most likely to lose out, which seems incredibly unfair.

“When we spoke to people in this position for our report they said they hoped for at least a few years of rest in retirement, to pursue hobbies or spend time with their grandchildren, and these modest ambitions seem the least that anyone should be entitled to expect today.

“We are calling on the Government to make sure they factor in the reality of life for middle-aged people like these before making any decisions about further raising their SPA. John Cridland’s report will be crucial in helping the Government reach the right conclusions and we sincerely hope that he will look closely at the position of those who simply cannot work for longer and take fully into account the growing expectations on people to help care for their parents as they age.

“If you lose your job in your fifties it can be extremely difficult to get another one so we also hope Mr Cridland will encourage some fresh thinking about how to make a reality of the idea of ‘fuller working lives’, particularly for those in midlife who are unemployed, with few skills and qualifications, whose work prospects are currently extremely bleak.

“We also need a system of State Pension and benefits that provides adequate support for those who cannot work and that recognises the stark variations in life expectancy and health between different groups and ‎across the country.”

Many of those featured in the report contrasted their precarious position with others who had good health, jobs they enjoyed and decent private pensions. They felt there should be more flexibility around when people take their State Pension, taking into account people’s health, caring responsibilities and the contributions they have made throughout their lives. They also felt that the State Pension should take into account people’s individual circumstances and contributions, and that everyone should have the opportunity to enjoy at least some years in retirement.

One man in his early 50s said: “Rising State Pension Age may be alright for some people who are healthy, in good jobs they enjoy and who have private pension income – but not for people in my situation, with ‘jobs like ours’.”

Anyone who is concerned about their retirement income and/ or State Pension Age can call Age UK Advice free of charge on 0800 169 6565, visit www.ageuk.org.uk or contact their local Age UK for further information.