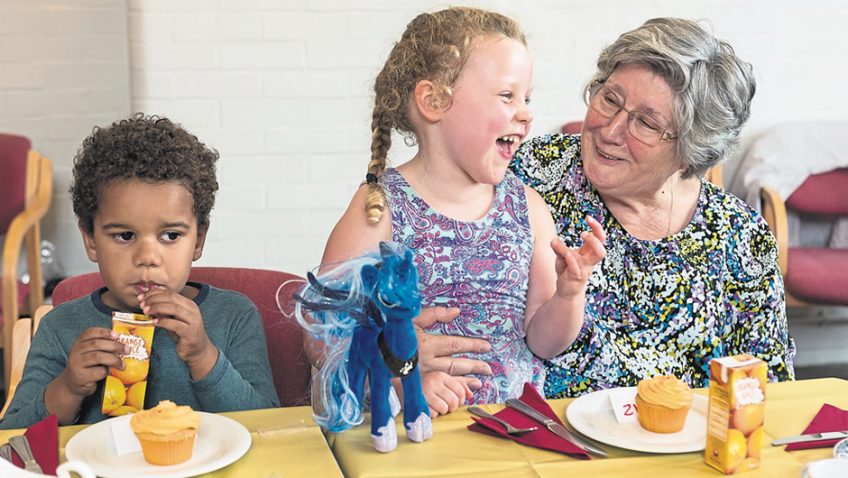 Invasion of the 4 year olds

A recent two-part series on Channel 4 put to the test the old adage that there’s nothing like having children around to keep you young by seeing what happened when ten toddlers turned up to play at an old people’s home for six weeks.

Filmed in a retirement home in Bristol, the trial behind ‘Old People’s Home for 4-Year-Olds’ which is the first of its kind in the UK, was set up by gerontologist Professor Malcolm Johnson, who features in the programme. Working with Dr Zoe Wyrko, a Consultant physician at University Hospital Birmingham and Dr Melrose Stewart, lecturer at School of Sport, Exercise and Rehabilitation Sciences they carried out this fascinating and heart-warming experiment.

Social isolation remains a key issue to address in care homes: over 60% of residents in care homes never receive visitors. This has a huge impact on their health, well-being and even life expectancy. Based on an existing American scheme, the team of gerontologists attempted to improve the situation by bringing together older residents and preschoolers. 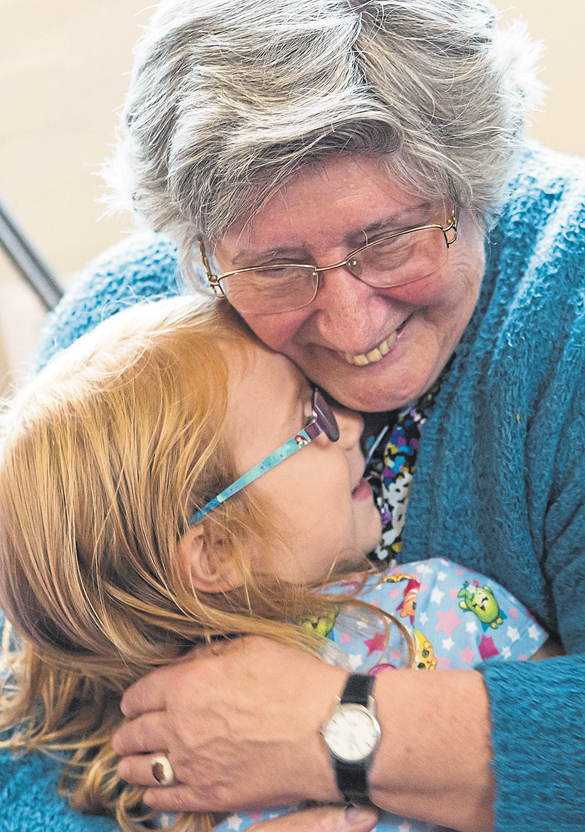 Lying on the floor pretending to roar like a lion can do wonders for an elderly man’s well-being. That’s not a scientific fact, but it was one of the surprising and memorable moments observed while making the programme.

Ten four-year-old children and 11 people in their late 80s were brought together for six weeks in a new nursery set within a retirement community in Bristol.

Before they started, the elderly participants were measured on their cognition, mood and depression, as well as physical abilities including balance and the ability to get up and walk (“Timed Up and Go”). These measurements were taken again at the end of the six-weeks.

The programme consisted of a timetable of activities when they were given time and space to engage physically and socially. It included games, occasionally requiring individuals to get down on the floor, walking outdoors, picnicking and participating in indoor activities using a variety of craft and art work. The final week also included an inter-generational sports day and a short theatrical production.

Final measurements revealed significant improvements, with 80% of residents showing improvement in movement. Grip strengths were up generally and they had become increasingly active. On sports day, one woman was seen sprinting off with her companion four-year-old in order to beat the competition.

At the start of the experiment, most residents were identified as depressed, two of them severely. After six weeks, none of them was registered as depressed. They had completely changed their outlook on life and in their hope for the future.

Professor Johnson explained: “Predominately when you get very old you become less mobile, friends die, and you can’t get out to meet people. If you live in a care home, the only younger people you see every day are staff. That’s why depression is the epidemic of old age, and it’s important for us to present opportunities for them to meet young people.

“Children are open-minded. They love attention and take an interest in adults. At the same time, children learn quite mature skills from adults, so this intergenerational engagement is reciprocal.

“You can’t change arthritis or hip problems, but you can increase confidence and, with the help and encouragement of the children, we saw our older folks doing things they never imagined they’d do again: jumping, dancing and rolling around on the floor. The most marked results were in mood and depression.”

“It’s not proof or a miracle cure, but the results are impressive. It’s very moving to watch them reclaiming part of themselves from the losses of being very old.”

I spoke with the three leaders, Malcom, Mel, and Zoe who have all been delighted with the response to the programme and are busy following up the positive reactions of the public and professional who watched the series: some 2.2 million viewers in total.

As a follow-on from the programme Chief Executive, of St Monica’s Trust, David Williams said: “When we were asked by Channel 4 to take part in this project, we all saw the potential of this wonderful experiment for changing the way we care for older people in the UK.

“Seeing the evidence of the positive impact of bringing these two generations together has only strengthened our desire to create open communities that actively encourage contact across different age groups.

“We will also be installing children’s play grounds at all of our sites.

“And for those of you that are wondering, we’re supporting all the participants of the show to help them stay in touch with the children and their families, and regular visits are already taking place.”

Let’s hope that many other residential homes follow this example.