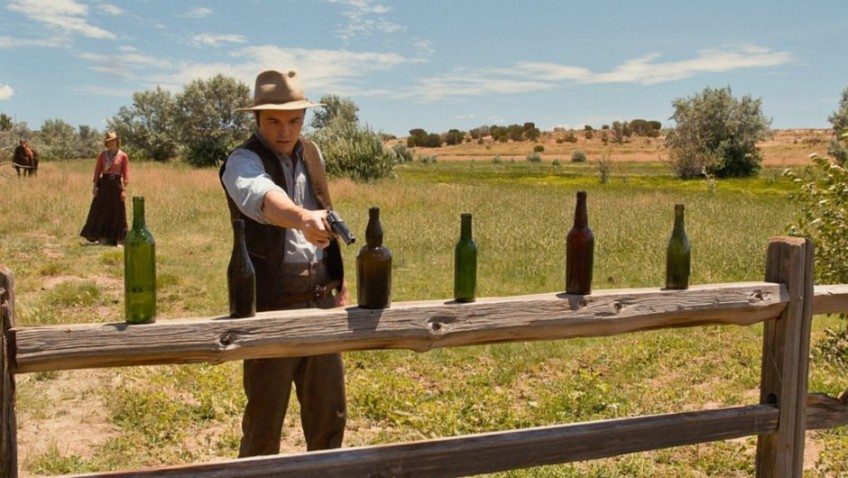 Seth MacFarlane’s new comedy tries to stand up for itself

Film is famously called the collaborative medium, but when you are Seth MacFarlane – a writer, actor, impersonator, producer, director, animator, comedian and singer – who needs collaborators?  MacFarlane produces, co-writes (with Alec Sulkin and Wellesley Wild), directs and stars in A Million Ways to Die in the West, his second feature as director after the hit R-rated comedy, Ted.

Even for those who are not fans of Family Guy or Ted, there’s no denying MacFarlane’s energy and the range of his talent.  There are, however, grounds to question the point of his new film.  It’s a spoof on American Westerns, a genre that died out before most of the film’s target audience were old enough to see them. Since Blazing Saddles, the brilliant spoof that drew a line under traditional Westerns, we’ve had some high quality revisionist fare, such as Clint Eastwood’s Unforgiven or Kevin Costner’s OpenRange.

To MacFarlane’s credit, there are enough funny lines and zany gags spread across a running time of close to two hours to call this a comedy. But these are overshadowed by tasteless scatological and embarrassing puerile jokes, not to mention MacFarlane’s wooden acting and directing.

Set in 1882, MacFarlane is Albert Stark, who hates the Wild West. ‘We live in a terrible time and place,’ he whines. ‘Everything out there that isn’t you wants to kill you.’  He still lives with his parents who never move from their static rocking chairs.

For Albert’s ambitious girlfriend, Louise (Amanda Seyfried), it’s bad enough he’s a lowly sheep farmer; but he’s so inept at his job that he cannot even control his flock. Albert confesses that one of his sheep wandered into the local brothel. ‘When I went to pick it up, somehow it had made twenty dollars.’  When Albert chickens out of a dual, Louise leaves him for Foy, an obnoxious narcissistic local shopkeeper (Neil Patrick Harris) who buys her frocks and humiliates Albert.

But help is on hand from a beautiful stranger, Anna (Charlize Theron), who drifts into town shrouded in mystery. Attracted to Albert’s goodness, she offers to pretend to be his girlfriend to make Louise jealous.   When Albert impulsively challenges Foy to a gun fight, Louise teaches him to shoot and the two fall in love.  But, as the audience already knows, Anna has a secret.  She married the notorious outlaw Clinch Leatherwood (Liam Neeson) when she was ten because she didn’t want to make it to 15 as a spinster.  When Clinch discovers their relationship, Albert knows this is one fight he cannot escape.

Under all the poop, diarreha and fart ‘jokes’, the comedy works best with MacFarlane’s quick stand-alone gags that are all in the delivery.  When Albert returns home his critical father (Christopher Hagen) barks, ‘You’re late.’

Bemused, Albert retorts: ‘For what?’

The Father, thinking about it: ‘Fair enough.’

MacFarlane and his co-writers include many of the stock character and familiar conflicts in westerns, including a scene in which MacFarlane is captured by angry Indians who help him with Clinch when they learn he speaks their tongue.  There’s also the most clichéd sub-plot in the book.  Ed (Giovanni Ribisi), the nerdy virgin, is in love with Ruth (Sarah Silverman), the friendly prostitute who won’t sleep with Ed until they are married.  Here, this hackneyed joke is prolonged beyond human endurance.

You might also wish to see a lot less of Amanda Seyfried, Liam Neeson and Charlize Theron in what are hardly their finest moments.  The fault has to be shared with the director who seems to be directing dramatic actors in stand-up comedy and cannot stage the action sequences.  His attempts to mix lame suspense and drama (Clinch slaps Anna across the face) with comedy, (she sticks a flower in his bum) are awkward.

The spot-the-cameo-game (Christopher Lloyd as Doc Brown, Ryan Reynolds as a man killed in the bar and Ewan McGregor as a Cowboy at the local fair) might keep some amused, although many critics had already left when Jamie Foxx appears as Django, a reference to Tarantino’s brilliant revisionist saga, Django Unchained. Foxx wanders into the fair mumbling, ‘Where are all the White chicks’; or at least, that’s what it sounded like.