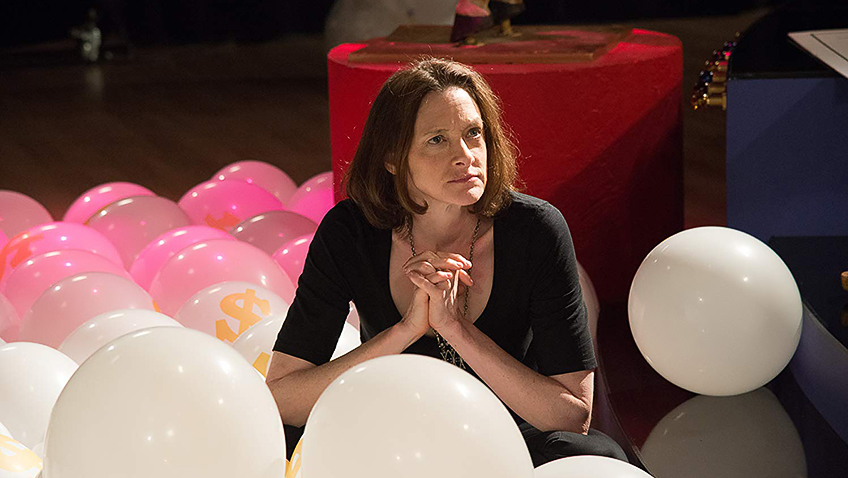 Letting a member of the ‘Me’ generation loose with a lottery windfall is one thing; but it’s something to behold if this woman, afflicted with manic-depression and border line personality disorder, goes off her meds while pursuing what she resolves to be her true calling. That is because Alice Krieg (Kristen Wiig), who is unemployed and living on disability benefits, is persuaded that her true calling is to outdo her idol Oprah Winfrey with a live television show.

That’s the basic plot of Shira Piven’s film, but, in case you haven’t guessed it, Welcome to Me

is no happily-ever-after, rags-to-riches fairy tale. At least a few shades darker than her suicidal character in Girl Most Likely, or her borderline-incestuous sister in The Skeleton Twins. Welcome to Me

, is, as the title suggests,  designed to show off Wiig’s talent for playing uninhibited dysfunctional characters and exploiting her skilfully honed facial expressions, admirable body and perfect deadpan humour.

The film begins with a quote from Michel de Montaigne: ‘I study myself more than any other subject. That is my metaphysics, that is my physics.’ The study of self is not progressing very well with her exasperated psychiatrist (Tim Robbins), when Alice, a onetime veterinary nurse, wins £86 million in the lottery. She leaves behind her dingy, cramped apartment lined with hundreds of VHS motivational tapes, and moves into a penthouse suite in a casino hotel with Gina Selway (Linda Cardellini), her loyal and only remaining friend.

After taking over presenter Gabe Ruskin’s (Wes Bentley) infomercial on his co-owned cable television station, she proceeds to negotiate with Gabe’s brother Rich (James Marsden), manager and co-owner of the studio, to buy herself the slot. The big joke comes as Alice continues to astound the incredulous studio heads with her vision for the show (like Oprah but with Swan Boats). It will not be a half-hour, but two hours; not weekly, but daily; and it won’t feature guest interviews, but solely Alice. 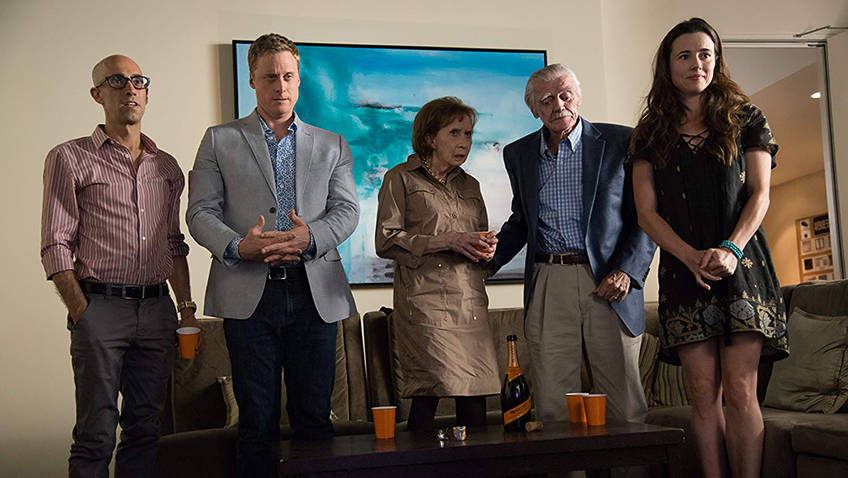 At this point Rich has difficulty swallowing, but the station is going under and only Alice’s £15 million cheque can save it. As Rich nervously announces, ‘this will be fun’, the programme’s Director (Joan Cusack) mumbles, ‘like a nervous breakdown is fun’, while the more sensitive Gabe has more ethical concerns.

The breezy style, truncated length (it’s under 90 minutes) and one-dimensional plot make this an easy pill to swallow. The film is at its best when we are confronted with Alice’s unpredictable and increasingly bizarre series of skits, which include ostensibly therapeutic re-enactments of traumatic events from her girlhood and culminating in the neutering of female dogs, live on air. 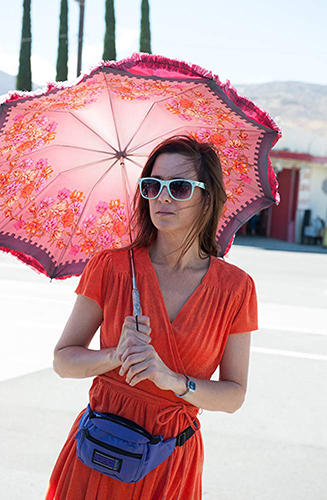 Kristen Wiig in Welcome to Me

The joke is that Alice is enjoying a modest but steady upsurge in the ratings. This is an uncomfortable irony, however, as viewers are clearly tuning in to watch a freak, as in a circus, not an idiot-savant with something to say to the world. When she is burnt during a healthy-cooking demo, she lashes out in a hysterical manner, and obviously unrehearsed manner, assaulting those around her.

Script writer Eliot Laurence’s attempts to take us outside the studio or develop the characters in Alice’s life, are less successful. These include a (naturally) supportive, gay, ex-husband (Alan Tudyk), a scarcely credible romance with Gabe and another with a nerdy fan (although in fairness, there is a bit of nymphomania in Alice’s litany of s afflictions), and a saintly, long-suffering best friend (Cardinelli) whose candid confrontation with Alice miraculously changes her life around. That said, it seems more likely that this change corresponds to the onset of the ‘depressive’ cycle after the manic months squandering her millions on the television show.

Comedian-actress-director Piven wisely allows Wiig (who is still best known for her break-through role in Bridesmaids) to eclipse these inconsequential characters (who even included a woefully underused Jennifer Jason Leigh) and to shine. However, in narrowing the focus, we lose sight of the social implications of Alice, a woman who uses her lottery win to stage one big ‘selfie’. The film has little to say about the fans who want to watch this nobody-turned-celebrity act out her fantasies in a kind of Big Brother in a mental asylum world.

For the film to succeed, even at this level, however, the audience has to engage emotionally with Alice or at least, with her story. The script, however, makes it impossible for us to feel admiration for her resolve; sympathy for her inability to pull it off; pity for her illness or even hope that her programme succeeds. Alice is such a selfish, pig-headed, egomaniac – lacking even in a sense of humour – that you dread the prospect of spending an afternoon with her.