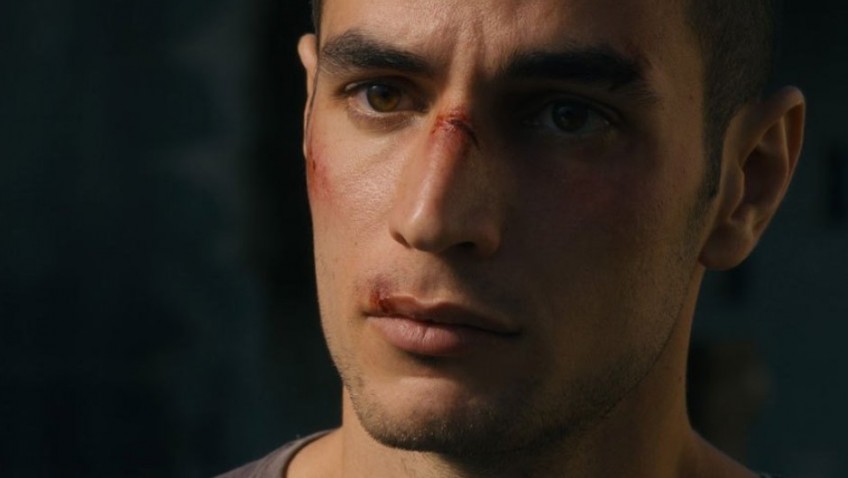 Director Hany Abu-Assad’s 2006 film Paradise Now, tracing the last two days of two suicide bombers and best friends, was the first Palestinian film to be eligible for an Academy Award, and the first nominated.  The Academy recognised Palestine’s status (six years before the UN did for different reasons) as similar to that of Hong Kong and Puerto Rico, and decided to make an exception.

Abu-Assad’s latest film, Omar, was also nominated for an Academy Award in the Best Foreign Language Film category this year, and won the Jury Prize in the ‘Un Certain Regard’ section of Cannes.  Financed primarily with Palestinian money, shot in Palestine with a Palestinian crew and, with one exception, novice Palestinian actors, it is not surprising that, like Paradise Now, Omar is determined to make a political point.

The film succeeds in giving us a good idea of life in the occupied West Bank, particularly for three frustrated childhood friends who are denied the freedom of movement and jobs to fulfil their potential.  The three young men have, we must believe, no choice but to become freedom fighters despite the risks. Omar (Adam Bakri), a baker, steals a car. Tarek (Eyad Hourani), the leader and brother to the pretty Nadja (Leem Lubany) whom Omar hopes to marry, plans the attack.  On the night, it is Amjad (Samer Bisharat) who must pull the trigger and kill an Israeli soldier.

Enter Agent Rami (Waleed F Zuaiter, the only professional actor) who captures and tortures Omar, feeding him information about Nadja and forcing him, for her sake, to become an informant.  Although Omar does not betray his friends, the seeds of suspicion tear the trio apart – and put his unconditional love of Nadja to the test.

Omar can be seen as a love story set in a politically charged action/thriller. From scaling the Israeli wall that divides his bakery from Nadja and Tarek’s house, to his participation in a raid, to his final decision, everything Omar does seems to be driven more by his love of Nadja than by politics. There is real chemistry between the teenage Lubany and Bakri, and their affectionate scenes are, in turn, delightful, touching and heart-breaking.  The pregnancy issue, however, is murky and, while we understand Nadja’s financial predicament at the end, behind her tragic fate we feel Abu-Assad manipulating our emotions and the plot.

But however grounded in reality the premise is, the film seems familiar and at times, heavy-handed. All Israelis are violent, evil bullies and torturers, while the Palestinians are victims, not of beliefs, but circumstances. They are caught between a rock and hard place, and forced into killing the enemy and one another. Even if this is all true, a little subtlety goes a long way.

And while New York trained actor Adam Bakri (who grew up in Israel) stands out in his feature film debut as Omar, it’s a bit too obvious that his handsome face and perfect teeth will not be sacrificed for realism.  Seldom has a young man’s faced been bashed in as often in the space of 96 minutes, yet, in no time his good looks have returned to fight another day.