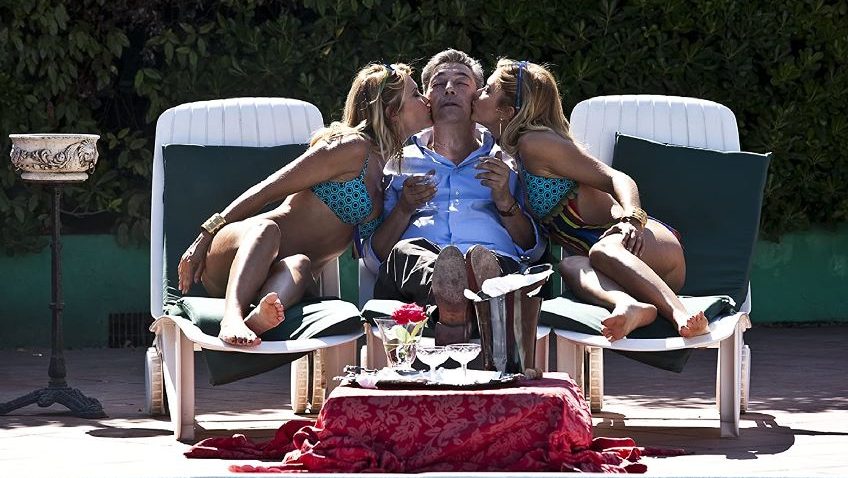 Italian actor and writer turned director Gianni Di Gregorio is a late bloomer. Although known as a script writer (Gomorra), and assistant director, he was turning 60 when his debut feature, Mid-August Lunch, became an international art-house hit in 2009.

Based in part on Di Gregorio’s own relationship with his mother, the film is about a middle-aged, single man who is stuck at home during the August bank holiday weekend caring for his mother when three more elderly woman are dumped on his doorstep by neighbours eager to leave town. It is that rare film that celebrates, rather than patronizes, discounts, or stereotypes the over 60s.

With his second feature, Salt of Life, Di Gregorio continues this unsentimental look at the third age, while highlighting the disadvantages and problems, such as becoming invisible to the opposite sex.

Reprising the submissive, good-natured, and heavy drinking mama’s boy character he played in Mid-August Lunch, the marvellous Valeria De Franciscis returns as his strong-willed mother. But here Gianni (Gianni Di Gregorio) is, in addition, a house husband to his working wife (Elisabetta Piccolomini), father to a neurotic teenage daughter and host to her lazy boyfriend.

His wife blames their finances on Gianni’s early retirement, while his feisty and manipulative nonagenarian mother serves champagne to her companions at the card table. But it is when his lecherous lawyer friend, Alfonso (Alfonso Santagata) reawakens Gianni’s sexual desires that his troubles really begin.

Gianni’s family situation is as funny as his search for romance is bittersweet. The film’s original title, Gianni and the Women sounds like Di Gregorio is reimagining La Dolce Vita with Marcello Mastroianni, now an OAP, depressed in Italy’s economic downturn. But there is also the equally ironic subliminal reference to Berlusconi, fiddling with girls while Rome burns.

While this charming film will delight audiences fed up with comic strip violence, Gianni’s marital status remains a problem. His attractive wife might underestimate her husband’s identity crisis, but it is obvious she still loves him. Why doesn’t he invest all the energy he devotes to pursuing strangers into rekindling their love? And in ignoring ordinary looking women his age for pretty, younger models, doesn’t he lose the right to complain about feeling invisible? The double standard and sexism grates, even when exposed as such in a comedy. The ending, which suggests that only in drug-induced dreams can an older man find fulfilment, is unsatisfying, too, though Di Gregorio’s rejection of easy solutions is commendable.

You can read our review of Mid-August Lunch by clicking here.