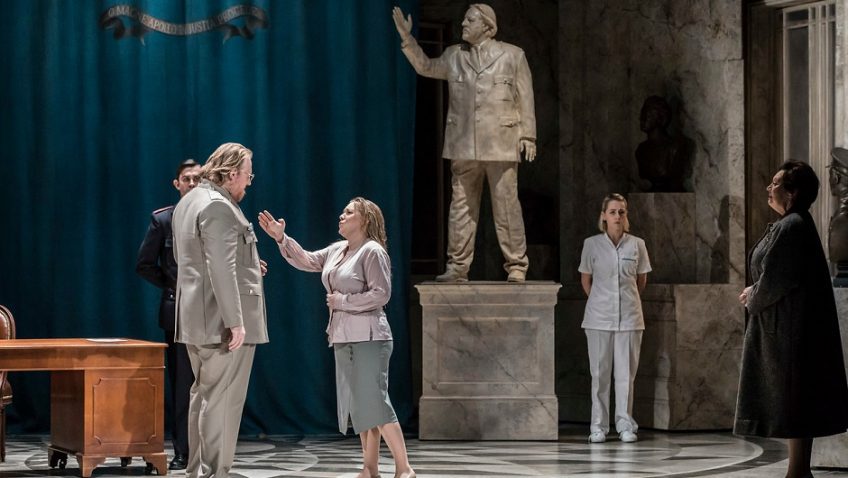 Ryan Wigglesworth has been thinking of turning The Winter’s Tale into an opera for 20 years. He has written the music and the libretto; and he also conducts. The opera, directed by actor Rory Kinnear, making his directorial debut, is set in modern times and has its powerful moments but it never wholly succeeds. 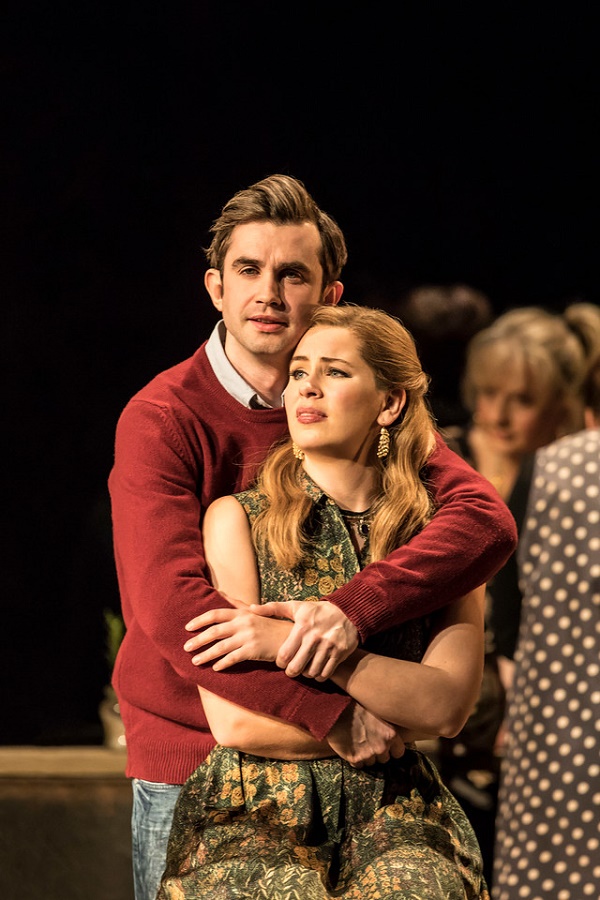 King Leontes is convinced Hermione, his wife, is having an affair with Polixenes, his best friend, and that he has made her pregnant. He arrests her. Shakespeare’s tortured language (much cut) captures his raging paranoia. Iain Paterson looks, acts and sings like a tyrant.

The scenes in Bohemia are much diminished and the sheer fun and innocence, the rustic merrymaking and the idealisation of the shepherd’s life, are completely missing.

The Bear (famed for his exit), the figure Time and the rogue Autolycus are also no longer there.

When Trevor Nunn directed The Winter Tale in 1969 (with Judi Dench doubling as Hermione and her daughter, Perdita) Bohemia was a retreat for hippies and played like a flower-power scene out of the musical, Hair.

Here Bohemia is just another Fascist state with everybody saluting. When Polixines (Leigh Melrose) discovers his son (Anthony Gregory) is determined to wed a country wench (Samantha Price) he, true to the text, blows his top and behaves exactly like Leontes.

Hermione and Paulina make far less impact in the opera than they do in Shakespeare. Wigglesworth has got rid of Hermione’s great speech to the court and in its place has a mob in the streets rioting against her trial.

Hermione’s statue coming alive in the final act is one of the most famous scenes in all Shakespeare; but it has no magic here because Sophie Bevan doesn’t look like a statue.

Vicki Mortimer’s ingenious circular set, which cracks open dramatically (complementing Apollo’s anger at Leontes’ blasphemy) should surely be able to cope when the action moves back to Sicilia without having to bring down the curtain and bring up the houselights