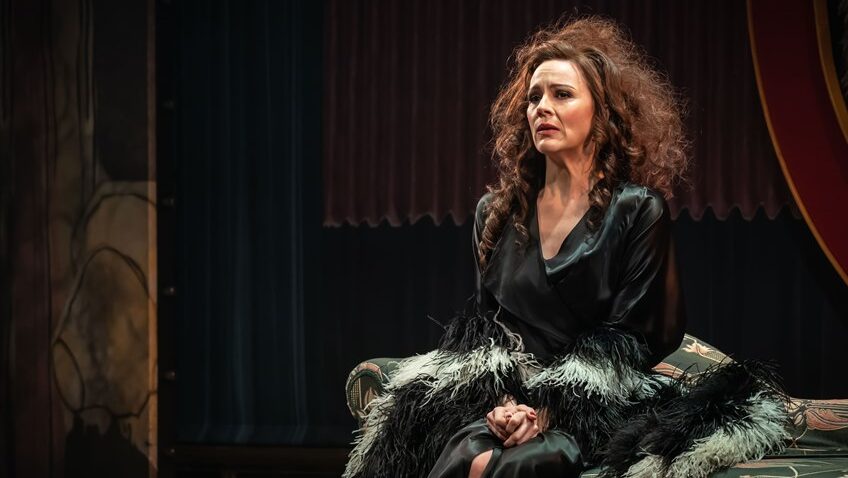 Mike Bartlett has three plays running at the same time in London: Cock at Ambassadors Theatre, The 47th at The Old Vic and Scandaltown at Lyric, Hammersmith. It is a remarkable achievement and a record, beaten only by Somerset Maugham who had four plays running simultaneously in the West End in 1908.

In the same way that Bartlett’s King Charles III was pastiche Shakespeare, so Scandaltown is pastiche Restoration Comedy.

The Puritans, when Oliver Cromwell ruled Britain, had closed all the theatres in 1642 and they did not open again until King Charles II returned from Paris in 1660 to take back the crown.

We all suffered terribly when Covid closed theatres and are still suffering with cancellations. But how would we theatregoers have survived in the 17th century when the theatres were closed for eighteen years, yes 18 years???

Restoration comedies satirised the vices and follies of the times. They were popular for about forty years until the public got tired of the immorality, the debauchery, the bawdiness and the blasphemy, preferring something more sentimental.

The plays were not seen again for two centuries, not until Nigel Playfair at the Lyric, Hammersmith, in the 1920s, made them popular all over again.

Bartlett’s pastiche is poor pastiche and the performance, directed by Rachel O’Riordan, lacks the wit, the style and the sophistication the Comedy of Manners requires. The bizarre and ugly cartoon costumes are no help. The satire on 21st century social media, hypocrisy and corruption is weak.

Rachel Stirling and Richard Goulding are the most experienced actors and their scenes are the best. Stirling plays a social climber who discovers she has slept with the wrong person. Goulding plays a key Tory government minister who converts briefly to Socialism and homosexuality. Thomas Josling is amusing, too, as a naïve young man thrilled to lose his virginity

It would be great see a real Restoration Comedy by Etherege, Wycherley, Congreve, Farquhar and Vanbrugh acted with style once again. There was a time when you could see the plays acted by the likes of John Gielgud, Edith Evans, Margaret Rutherford, John Clements, Kay Hammond, Maggie Smith, Judi Dench, Donald Sinden, etc, etc.