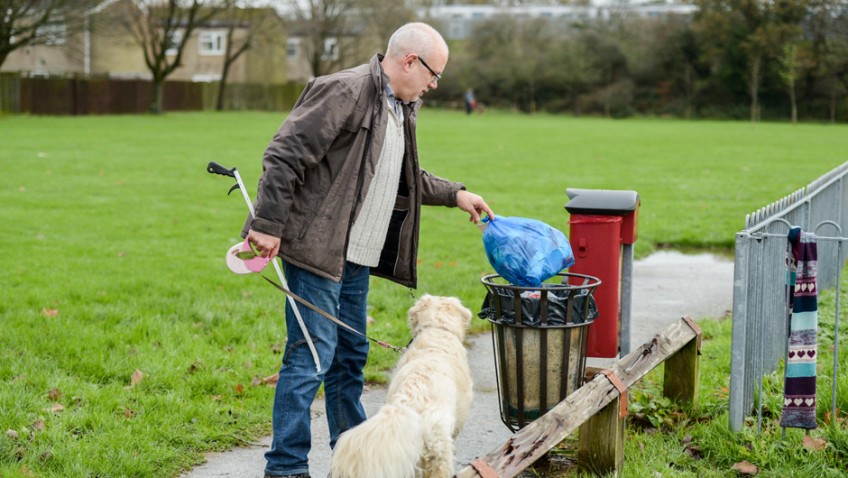 A super-citizen has taken litter picking to extreme lengths and has already collected almost 300 bags of rubbish this year.

Father-of-two Malcolm Walls, 56, picks up everything from dirty nappies to empty takeaway containers and has on occasion even spotted used needles.

The retiree walks the same 20-minute route near his home every single day since 2012 when he became overwhelmingly frustrated with the amount of litter discarded in the streets.

Malcolm, from Crawley, West Sussex, said: “It reached the point where my frustration levels at thinking ‘how could someone walk away and leave litter laying on the floor’ reached a tipping point.

“I happened to have a carrier bag with me when I saw a pile of litter on the floor by a bench and I’ve been picking up rubbish ever since.

“If the litter in the conservation area is not picked up then the animals which call it home will become ill.

“I’ve found one batch of needles, some of which were bloodied and had been used.

“It is not uncommon to find empty alcohol bottles by the park and in the past I’ve swept up broken bottles because I’d hate for a child to excitedly run in there to play and cut themselves.” 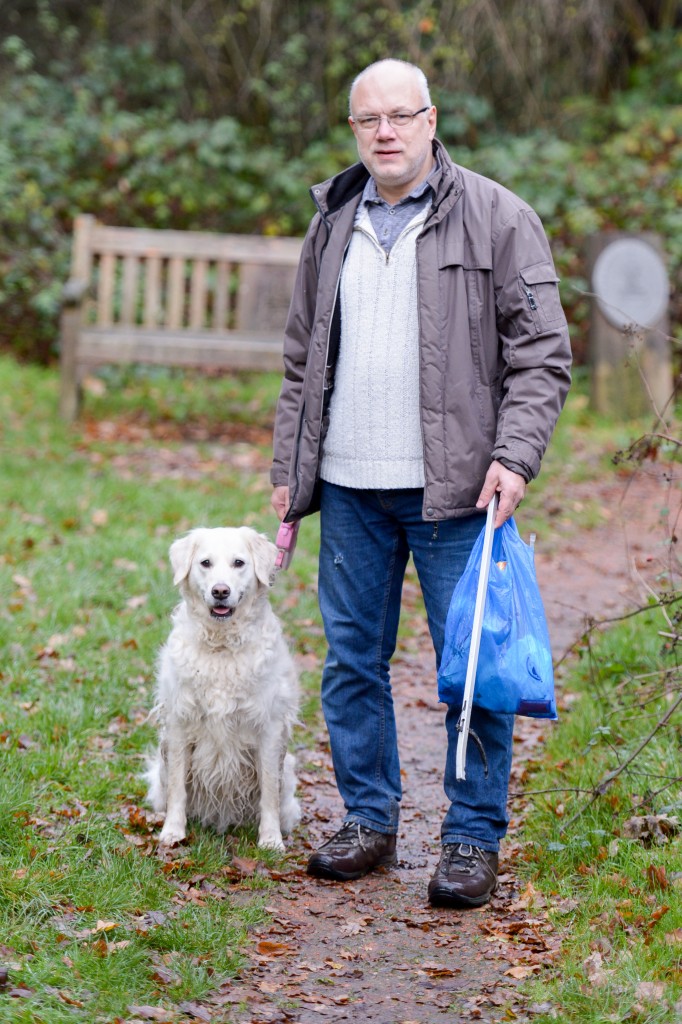 Malcolm, who takes pet dog Poppy with him on his walks, picked up 285 carrier bags of rubbish in 2014 and has already reached 289 this year.

He said: “Dirty nappies are particularly unpleasant. I’ve disposed of six in the last year.

“Polystyrene takeaway containers don’t bio degrade for hundreds of years so if they are just thrown on the grass an animal could easily end up eating it and become sick.

“I get annoyed when I go to the playing field on a Sunday after the football matches and find litter.

“People just don’t bother to walk an extra ten feet to a bin.”

He worked in retail for 32 years before retiring 11 years ago after falling and fracturing his back.

Now Malcolm gets satisfaction from his litter picking, which also helps with his anxiety issues.

He said: “When I first started I wouldn’t pick rubbish up if someone was looking or if a car was driving past.

“People recognise me and they are over-the-moon at what I do.

“There are another three or four people I see picking up litter now too.”