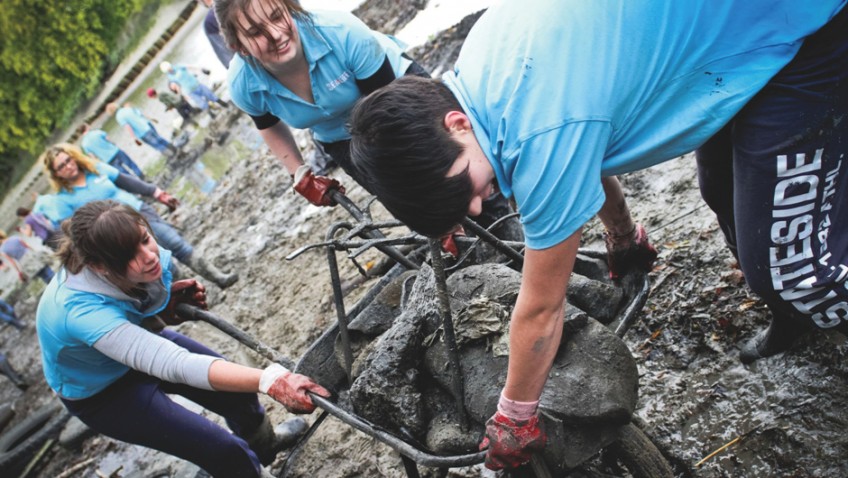 Clean for The Queen

Clean for The Queen is a campaign to clear up Britain in time for Her Majesty The Queen’s 90th birthday, which will be officially celebrated in June 2016.

When she came to the throne litter was not the serious problem that it is today. Food packaging, plastic bottles, takeaway meals and cigarette butts have all contributed to a growing menace that affects our wildlife, streets, countryside and sense of pride. What better way could we show our gratitude to Her Majesty than to clean up our country?

The campaign is launched by Country Life magazine in partnership with Keep Britain Tidy and is calling on individuals, volunteer groups, local councils, businesses and schools to do their bit. There is a Clean for The Queen weekend on March 4th, 5th and 6th 2016.

With the full backing of Keep Britain Tidy, the campaign already has the support of well-known national organisations with a total membership in excess of 1.5 million, as well as individual ambassadors.

Environment Minister Rory Stewart said: “Her Majesty The Queen is an inspiration to all of us. Her 90th birthday is a unique opportunity for people to come together in celebration of Her Majesty’s long service and dedication to this country.

“Everyone has a responsibility to keep their community tidy and this campaign provides us with a great chance to protect our wildlife and improve the quality of our streets and public spaces. I hope it will help lead to a lasting legacy of a cleaner, tidier Britain.”

How much litter is there?

About 2.25 million pieces of litter are dropped on the streets of the UK every day. Thirty million tons of rubbish are collected from England’s streets each year. That’s enough to fill Wembley Stadium four times over.

The Highways Agency clears about 180,000 sacks of litter from motorways and A roads alone. There could be 46,000 pieces of plastic floating in every square mile of the ocean and it takes at least 450 years to break down in seawater. About 80% of that comes from the land.

In 2013/14, local authorities dealt with 852,000 fly-tipping incidents in England and Wales. These cost roughly £45 million to clear up. The RSPCA receives 7,000 calls a year about animals injured by litter.

In 2013, 8.3 billion single-use plastic bags were handed out in the UK. The amount of litter on UK beaches has almost doubled over the past 15 years.

An RSPB study found that 95% of fulmars washed up dead on the North Sea coast had ingested plastic.

How long does litter take to biodegrade?

To take part in Clean for The Queen visit

How much is litter costing?

According to a 2014 Keep Britain Tidy report, if we recycled 50% of items littered in England, it would have an economic value of at least £14.8 million