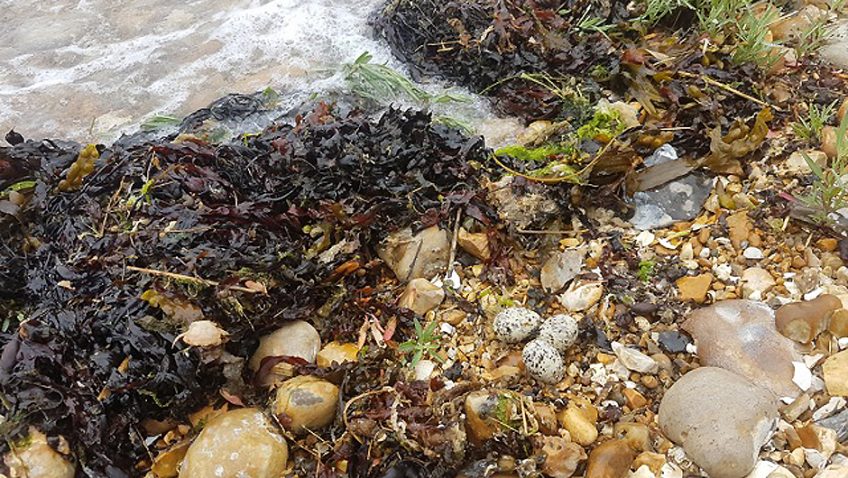 One of the UK’s smallest and rarest seabirds has battled against the odds to record a remarkable breeding season after fledging 617 chicks in 2017. This dainty seabird had to overcome a number of treacherous challenges to raise their chicks, such as deliberate nest destruction and bad weather, tidal surges.

Weighing no more than 55g – roughly the same as a tennis ball and half the weight of a blackbird – these seabirds undergo an epic migration journey every year flying more than 3000 miles from West Africa to raise their chicks on our single beaches. Sadly, the number of little terns in the UK has plummeted by 18% since 2000.

Arriving on our shores in April, the survey of key sites revealed 1077 adult birds battled through a number of natural and non-natural threats during the summer to raise 617 fledglings. The Norfolk coast remained a stronghold for the seabird with 260 chicks raised on sites across Winterton and Blakeney Point, while Gronant Beach in Wales also had a successful season with 202 young.

Susan Rendell-Read, RSPB Little Tern Project Manager, said: “You wouldn’t think when looking at it but every year this tiny bird, against all the odds, travels thousands of miles from Africa to raise a family here in the UK. Sadly, like many of our seabirds, the little tern is in trouble. Their numbers have dropped dramatically in recent years and they are at risk of disappearing completely from our shores.”

Little terns lay one to three camouflaged eggs on the beach, often close to the sea. This means that nests regularly get washed away if big tides are combined with stormy weather. Laying their eggs on the ground also makes the tern nests vulnerable to disturbance and damage.

As the nests blend into the beach substrates they can often be accidently disturbed by people walking by. Additionally, as this year proved, deliberate nest disturbance is one factor that is preventing tern numbers from making a full recovery. Colonies at Crimdon, near Hartlepool, and Kessingland in Suffolk, suffered acts of deliberate nest destruction with more than 60 eggs lost – decimating the number of fledglings at both sites.

Tidal surges proved destructive to nests at Blackwater Estuary in Essex and Scolt Head Island in Norfolk, while chicks at Long Nanny in Northumberland suffered from predation by other species.

Susan Rendell-Read added: “Together with different groups and local communities we’ve been working to protect and save little terns in this country since 2013. The main focus of the project has been to improve and create more suitable nesting sites for them above the high tide marks, which is starting to show success. However, it can be difficult to overcome a number of natural threats and non-natural problems that are preventing tern numbers from flourishing further.”

Since 2013, the RSPB has been working in partnership with nine other organisations including the National Trust and Natural England to boost the number of little terns in the UK. Despite the work to save the little tern being in its early stages, with much more work to be done, there has already been a steady increase in numbers since 524 fledglings were recorded in the first year.

Martin Harper, RSPB Conservation Director, said: “We need places that are rich in wildlife and that can be enjoyed by all. Little terns are one of a number of species that have benefited from the protected areas around the country. As we leave the EU, we need to protect these spaces and create new places for wildlife so that nature can adapt to future changes and thrive throughout the UK.”

To learn more about the project and to see how the partnership is working with local communities and beach users to ensure future generations can enjoy this little seabird for years to come, visit www.rspb.org.uk/littleternproject