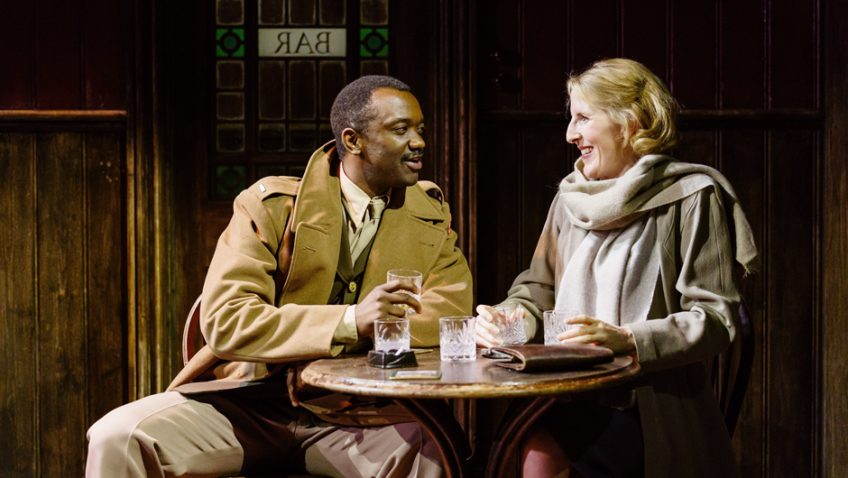 Patrick Hamilton (1904-1962) is probably best known as the author of two highly successful plays, Rope (1929) and Gaslight (1939), which have been regularly revived on stage and filmed with directors such as Alfred Hitchcock and George Cukor and actors such as James Stewart, Ingrid Bergman, Charles Boyer, Diana Wynyard and Anton Walbrook.

The Slaves of Solitude is a novel written by Hamilton in 1947 and set in 1943. Much admired for its brilliant comic effect, it is considered by many to be one of the best novels to come out of World War 2. Fenella Woolgar in The Slaves of Solitude

Oxford University and Penguin rate the novel as a modern classic.

The main character is Miss Roach (Fenella Woolgar), a lonely and vulnerable 39-year-old spinster who works for a London publisher. Bombed out of her flat she has moved to Henley-on-Thames and commutes.

She lives in a genteel boarding house whose guests include two elderly spinsters (one of them a university classics scholar) a retired comedian and an odious and malicious bully (Clive Francis) who constantly humiliates her and falsely accuses her of trying to seduce a 17-year-old soldier, a former pupil of hers.

Miss Roach meets a charming and charismatic American lieutenant (Daon Broni), who drinks too much.

The most original feature of Nicholas Wright’s stage adaptation of the novel, and one initiated by the director, Jonathan Kent, is that the GI is now African-American.

Their friendship is put at risk when a vivacious German émigré (Lucy Cohu), whom Miss Roach has befriended, sets her sights on the lieutenant.

The Slaves of Solitude, well acted and skilfully directed by Jonathan Kent, is very watchable and is going to give a lot of pleasure to Hampstead audiences. The performances of Fenella Woolgar and Daon Broni are particularly impressive and I suspect a lot of people, if they haven’t done so already, are going to want to read Patrick Hamilton’s novel.