Home / LIFESTYLE / REVIEWS > / THEATRE REVIEWS / “In life,” Anton Chekhov said, “everything is mixed up: the profound with the trite, the tragic with the comic.” 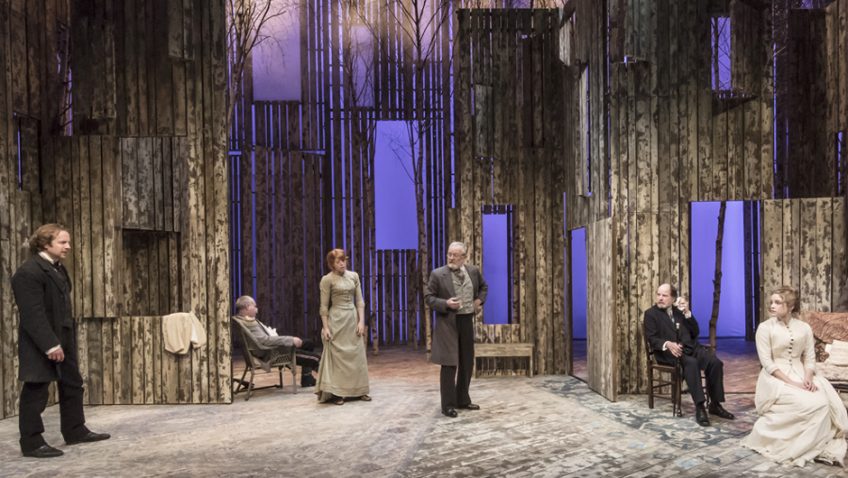 “In life,” Anton Chekhov said, “everything is mixed up: the profound with the trite, the tragic with the comic.”

The late Howard Davies, a great director, was to have directed Wild Honey, Michael Frayn’s adapation of Platonov; but sadly he fell ill just as he was about to rehearse.

Jonathan Kent, who directed the Young Chekhov trilogy in an adaptation by David Hare at Chichester Festival Theatre and at the National Theatre earlier in the year, stepped into the breach. Platonov, the least known of the three plays, made the most impact because of James McArdle’s charismatic performance in the title role.

Platonov, a wild, unwieldy, sprawling mixture of tragedy, comedy, crude melodrama and farce, was written when Chekhov was 21 and a medical student.

“In life,” Chekhov said, “everything is mixed up: the profound with the trite, the tragic with the comic.”

The script was found in a safe-deposit box in Moscow in 1920, sixteen years after his death.

Platonov, the 27-year-old married schoolteacher, is a Don Juan, a compulsive womanizer for whom nothing goes right. The only stories that end happily are the ones I am not in,” he says.

By the end of the play three women want to run away with him, his wife has taken poison, he has been summoned for assault and he has nearly been murdered.

The role has attracted such actors as Rex Harrison, Ian McKellen and Stephen Rea.

The play, uncut, lasts about six hours. Michael Frayn’s abridgement to two and a half hours is more farcical than David Hare’s version.

The fourth act, when three women, including his wife, arrive to find a fourth in bed with Platonov is as farcical as anything in Feydeau. Frayn claims the more farcical Wild Honey gets, the nearer to Chekhov it is.

It was interesting to see Frayn’s version again but I prefer Hare’s version. It’s a better play and the production and performances were better at the National.

It is unfortunate, too, for Geoffrey Streatfeild that he has to play Platonov when James McArdle’s performance is still fresh in the memory. McArdle’s Platonov was so much more likeable and so much funnier.