Home / LIFESTYLE / REVIEWS > / THEATRE REVIEWS / “I am rough and Irish and woo not like a babe.” 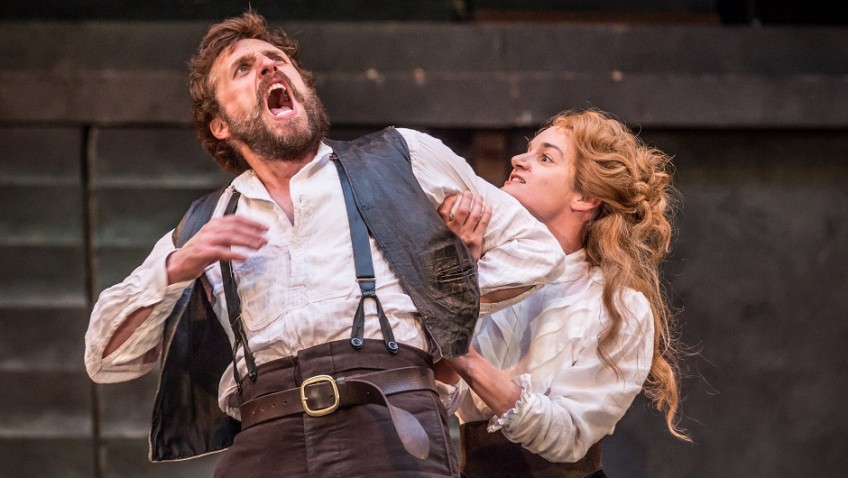 “I am rough and Irish and woo not like a babe.”

When I heard Shakespeare’s Globe was going to stage The Taming of the Shrew with Irish actors, it seemed a really good idea. The Irish are very adept at mixing tragedy and farce.

The performance opens with a new and powerful ballad which is sung again at the interval and again right at the end.

Caroline Byrne has set her production in 1916; but since there is no mention of the Easter Uprising, either verbally or visually, you wonder why she is so specific. The fact that women were promised equality in the Proclamation of the Bill of Rights is too tenuous.

Shakespeare’s comedy has never been popular with feminists and the politically correct; but it is always box office in the theatre.

Much of the play is so brutal that it is not funny at all. Certainly there is nothing here to laugh at when Petruchio drags Kate away after their boisterous Irish wedding and nothing to laugh at when she arrives in his home.

In their very first round, however, Kate is easily the winner. Petruchio only wins because he lies outrageously to her father and anybody who happens to be listening.

The production never gels and it seems, scene by scene, as if the actors are acting in two different plays. The brutality jars and then the broad comedy jars and the cycle continues to alternate. It would be more coherent to play it all for real.

Kate’s final notorious submission speech is delivered quite seriously and without a trace of irony. It doesn’t make sense in the present context; and even less so since the brutalised Duffin is still wearing her dirty, ripped-to-shreds wedding-dress.

The Globe’s artistic director Emma Rice has pledged to give the Globe 50/50 gender balance. Biondello,Tranio and Gremio are played by women. Imogen Doel’s Tranio is the most successful.