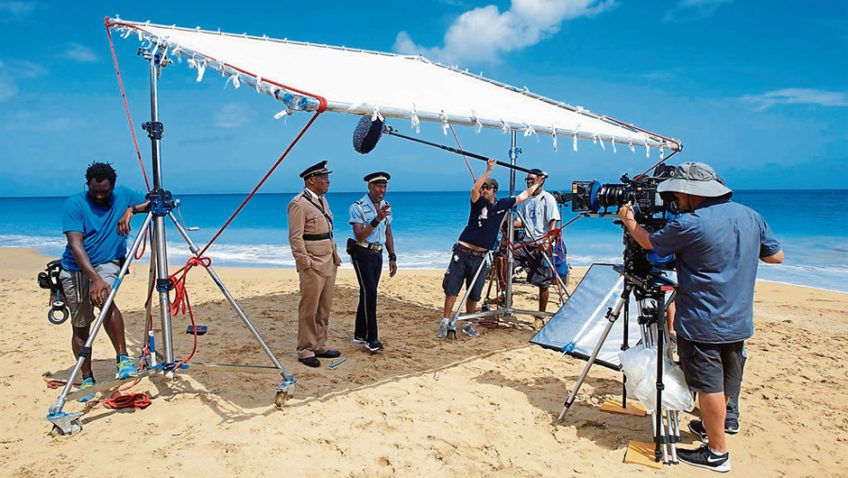 A writer in paradise

One of the BBC’s most popular crime drama programmes in recent years is Death in Paradise. Now filming the 7th series and set on the fictional tropical island of Saint Marie, the idyllic scenery has been the backdrop to many murders.

I spoke with Robert Thorogood the writer and creator of the programme and he explained how he first came up with the idea, “The idea for Death In Paradise came to me pretty much fully formed when I read a report of a suspected murder in the Caribbean during the Cricket World Cup. I found it surprising that a British Metropolitan Policeman was sent out to head up the murder enquiry because the cricketer held a British passport.” 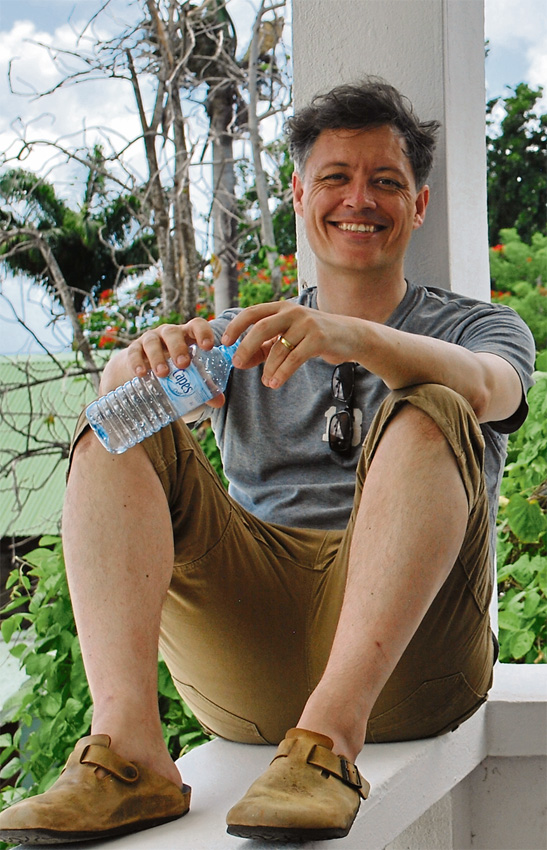 Fans of the programme will remember the first Inspector played by Ben Miller who refused even to take off his tie in the sweltering heat. He was then replaced by Kris Marshall who played the hapless DI Humphrey Goodman. The next series will feature Ardal O’Hanlon who took over as Jack Mooney at the end of series 6. Maybe the popularity of the show will see as many incarnations as Doctor Who.

Robert is very much involved and still writes 2 episodes a year but other writers are used to keep the plot and characters fresh. He also writes books based on the programme and book number three is due to be published this month.

His enthusiasm for the venture is obvious and he loves the time spent on location and working with the actors. Many famous names have appeared on the programme and he admits that he and the crew still get star-struck. They spend weeks filming in Guadeloupe, chosen mainly because it is a French owned island and European laws apply but surprisingly the weather can be a problem. It can change from beautiful sunshine to torrential rain in a matter of minutes.

After years of touting his ideas for scripts around production companies, and almost ready to give up, Robert entered a writing competition with Red Planet, “luckily for me, I got chosen as one of the finalists. When I got ‘into the room’ with Tony Jordan, I pitched Death In Paradise to him… and he loved it. And with Tony now championing the idea, the BBC commissioned a script from me and – to cut a very long story short – the series was eventually greenlit two years later.

“It’s obviously a huge challenge setting up a new show – particularly a murder mystery series set abroad – but it’s hard not to love your job when it involves such chores as location scouting a Paradise island in the Caribbean.

“On our first recce we had difficulty finding the ‘right’ village to set the series in. That was, until we stumbled across the fishing village of Deshaies. It was as if someone had read my scripts and built exactly what I’d written.

“Our Production Designer had been unable to find a beach-side bungalow with quite the right view for our hero, so he’d done the next best thing. He’d found the view he wanted and then built a house on it, even though it meant a tree would be growing through the bedroom.

“The view from ‘Richard’s shack’ is stunning – a crescent of golden beach with the Caribbean Sea beyond – and as I stood there on the veranda, I had one of those moments where everything becomes terribly vivid. I sat on the veranda that only existed because I wrote that it did and watched a huge and shimmering sun dip down and eventually vanish over the horizon.

As a writer, it doesn’t get much better than that.”

And, as a viewer who can argue!