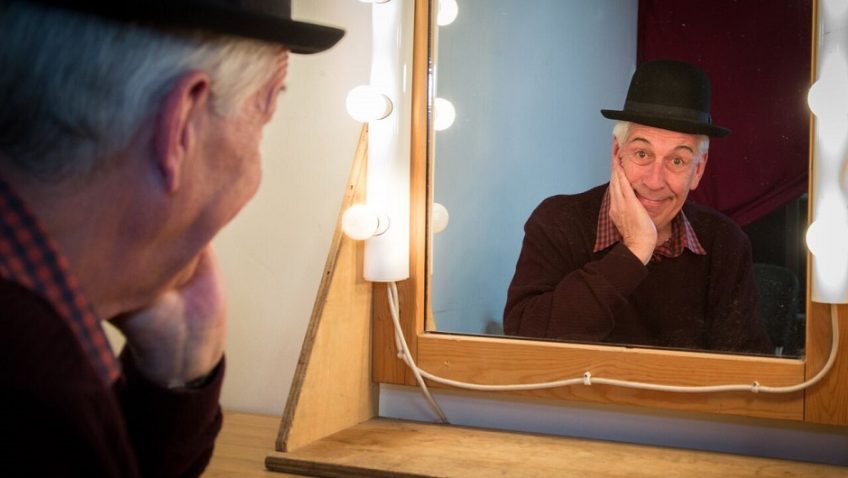 Laurel and Hardy, kings of comedy and the ultimate double act. The actual history of the duo may be less well known but one contemporary actor has taken on the persona of English born Stan Laurel and has brought it to the attention of UK audiences in over 100 performances of his one man show…”and this is my friend Mr Laurel.”

Say HI de Hi to our old mate Jeffrey Holland who for years played the idiot Spike, to Paul Shane’s Ted Bovis, resident comedian, at Maplins Holiday Camp. Jeffrey stuck with the old team when Maplins closed and they went on to feature in You Rang M’Lord?  the BBC television sitcom written by Jimmy Perry and David Croft, the creators of Dad’s Army, It Ain’t Half Hot Mum and Hi-de-Hi! It was broadcast between 1990 and 1993. Maybe in our post Downton era it may be worth the BBC showing it again. 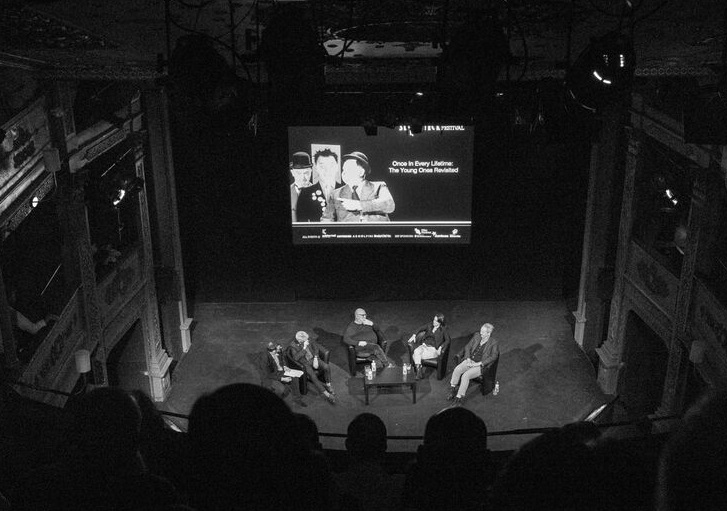 With this heritage of British comedy and appearance in many other stage and screen roles Jeffrey has shown that he can embody the character of the man behind the comedian.

It may be sacrilege to compare hapless Spike to Stan Laurel, a true comedy icon but it maybe that the number of times Jeffrey was thrown into the Maplin’s swimming pool gave him an insight into the unfortunate Laurel.

With the minimum of props but making much of the ubiquitous derby hat and hang dog expression we are in the presence of a master actor who had the audience in the palm of his hand as he led us through the life of the English born Hollywood star. The life and times of Stan Laurel is a fascinating story of the much married, director and writer who moved in front of the camera to join up with Oliver Hardy. The arguably most famous comedy double act enjoyed a close relationship for over 35 years ending with Hardy’s death from a stroke in 1957.  The action of the play takes place as he lies on his bed after a stroke and Laurel comes to visit.

The one-sided conversation covers all the years they worked together, the 10 marriages between them, the illnesses, heartbreak and triumphant tours, including to England and Ireland. The play written by Jeffrey with Playwright Gail Louw was first performed in 2013 and eminent watchable for the storytelling and poignant emotion:  tears were very close.

Jeffrey himself is a delightful man. He made us very welcome in his makeshift dressing room back stage at the Bristol Old Vic and was keen to tell Mature Times readers the story of his involvement with comedy and in particular, Laurel and Hardy. He has long admired the timing and interaction between the two, something he strived to achieved with Paul Shane in their shows together. “It was not all about slapstick and falling over but also about the relationship between them.”

He is obviously a fine actor and passionate about his profession. There is no question that, at the age of 70, he will ever retire. “In this business”, he told me, “the job gives you up not the other way around. As long as I am offered parts I shall take them.”

A fine sentiment in a fine man:  certainly no fine mess on stage with Jeffrey Holland.