Home / LIFESTYLE / REVIEWS > / THEATRE REVIEWS / The drummers of Japan are not to be missed. See Yamato on tour 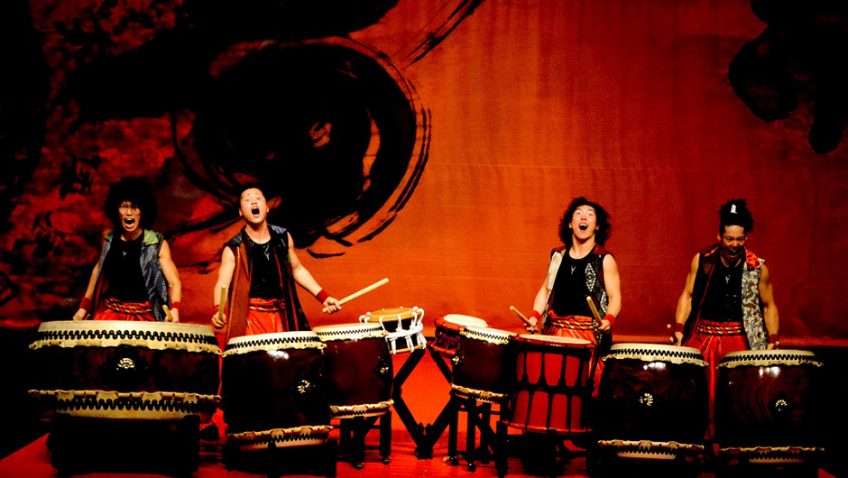 The drummers of Japan are not to be missed. See Yamato on tour

The beat is powerful. The sound is awesome. The rhythm is mesmerising. The speed is dazzling. The energy is inexhaustible.

I still remember the very first time I saw the Kodo drummers at the Round House. It was electrifying. I had heard nothing like it.

Yamato, founded in 1993, is based in Nara, the ancient capital of Japan. Nara and Japan were called Yamato in ancient times Since 1993 the company has visited 53 countries and played more than 3,500 performances and attracted six million viewers.

Yamato is in the same Japanese tradition as Kodo but modernised with girl drummers and without the spirituality and the near-nakedness.

To many Japanese people (I quote the Yamato website) the sonorous beat of Taiko is soothing for it is the sound of Japan itself, resounding at Shinto festivals in every part of the nation.

In Japanese Taiko is any kind of drum.

The mind boggles when you think of the logistics of travelling the world with the sheer number and variety of the drums. The huge barrel-like drum carved out of one giant tree weighs up to half a tonne.

The drums, large and small, are attacked ferociously. The sheer raw physical power and stamina of the drummers are amazing.  They beat the hell out of the drums and the noise is shattering.

The unrelenting beat and rhythms, and the extraordinary reverberations, are thrilling and spectacular.  The show builds to an exhilarating finale.

Take the family. The audience participation is fun.

NB. Yamato is at Peacock until 25 March and then touring from 28 March to 1 May.