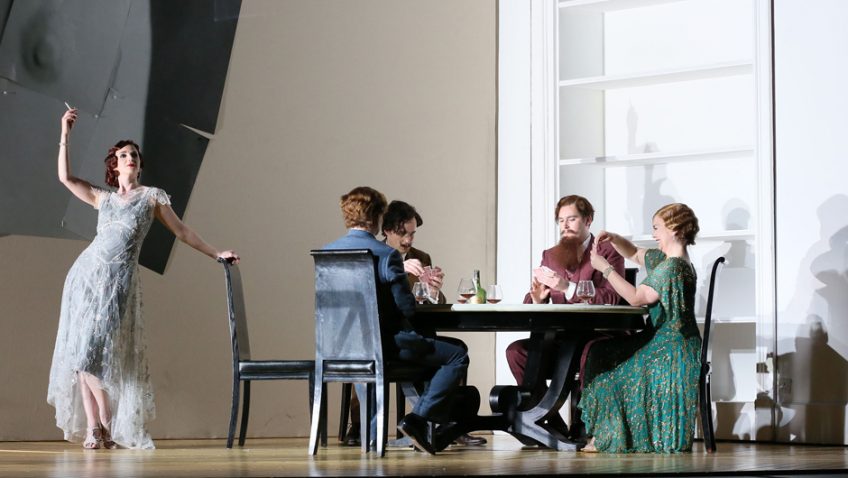 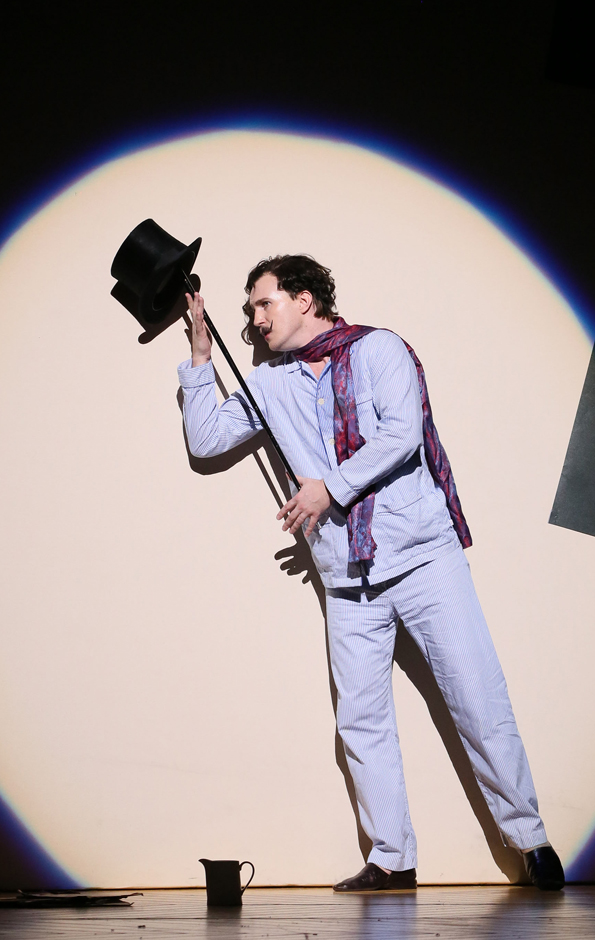 The production is in good shape. It looks good and it sounds good.

Alden – taking his inspiration from the Surrealists – has given the opera a 1920’s Paris Art Deco setting all in white with a curving staircase.

The characters smoke cigarettes, drink cocktails, play cards and are liable – in Amanda Holden’s jolly translation at least – to swear.

Partenope (which means virgin in Greek) is the mythical founder of the city of Naples. She is also famous as one of the Sirens, who lured young sailors to their death.

Sarah Tynan’s Partenope is dressed to look like 1920’s society hostess and very stylish and chic she is, too. Surrounded by her warring lovers she looks ready to be photographed by Man Ray.

Rupert Charlesworth plays the cynical Emilio as if Emilio were Man Ray and photographs everybody, including the audience.

James Laing is often very funny as a timid admirer, falling up stairs and doing a vaudeville routine with top hat and cane.

Alden’s production is always highly entertaining and full of witty touches. I could have done without the lavatory, though.