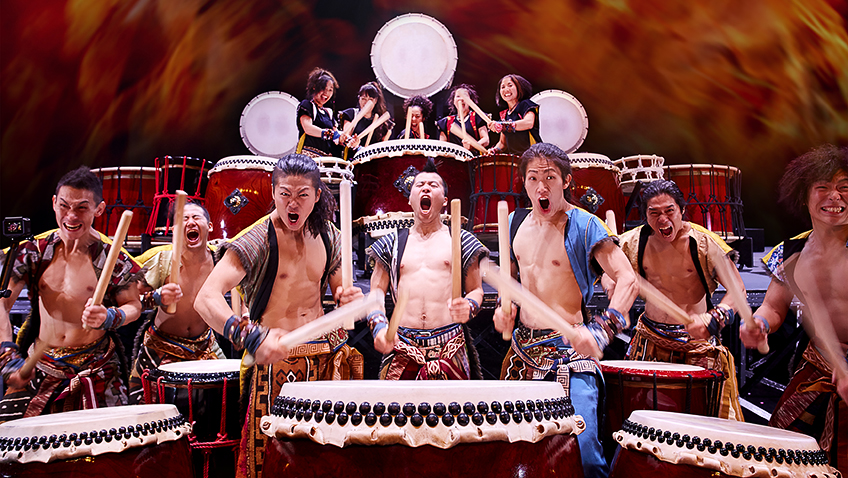 The Japanese drummers are highly skilled and truly amazing

The Japanese drummers are highly skilled and truly amazing. The sonorous beat is unrelenting. The reverberating sound and the mesmerizing rhythms are terrific. The synchronization and the speed at which it is done are extraordinary.

To many Japanese people (I quote the Yamato website) the sonorous beat of Taiko is soothing for it is the sound of Japan itself, resounding at Shinto festivals in every part of the nation. 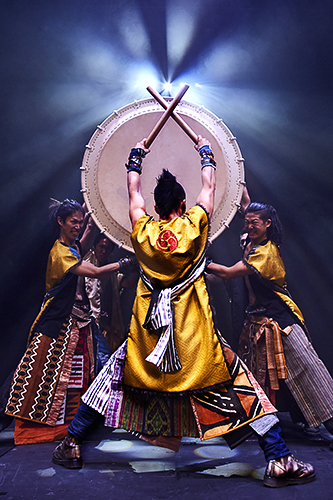 In Japanese, Taiko refers to any kind of drum, large or small. The huge barrel-like drum is carved out of one giant tree and weighs half a tonne.

Yamato was founded in 1993 by Masa Ogawa who is their artistic director and composer.

Yamato is in the same Japanese tradition as Kodo but modernized with male and female drummers and without the overt spirituality and the near-nakedness.

The company is based in the small village of Asuka in Japan. Every year they tour for six to ten months. The boom of Taiko now resounds worldwide. In the last 25 years, they have visited 54 countries and played to 7,000,000 audiences.

The drums get a ferocious hammering and the noise is ear-splitting. Ear plugs are available if you want them.

The sheer physical energy and stamina of the drummers is phenomenal. The drummers use the strength of the whole body. At the end of one exhausting sequence they amusingly pretend to be exhausted.

The friendly rivalry on stage is played out with good humour; and they use not only drums but also cymbals to comic effect.

Kenta Ono quickly establishes a rapport with the audience and there is opportunity for audience participation which the audience grabs with both hands, clapping in unison and raising and waving their arms about.

Yamato is exhilarating entertainment for the whole family.