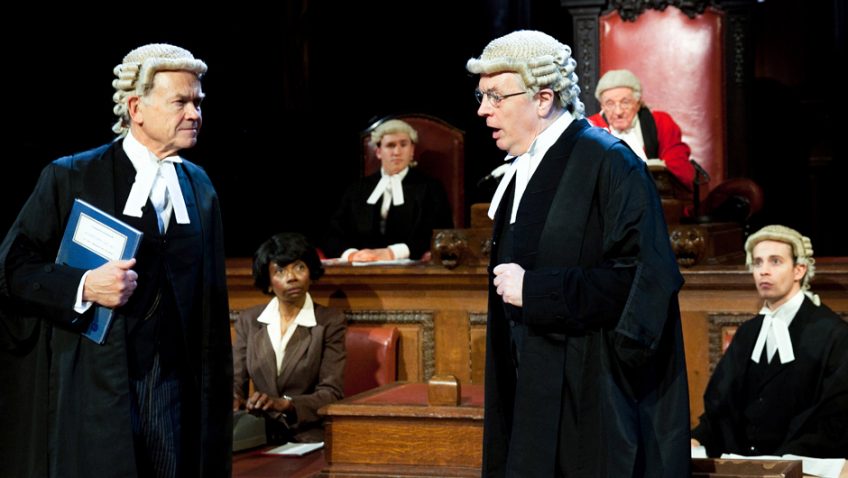 Agatha Christie (1890-1976), who made her name back in 1926 with The Murder of Roger Ackroyd, is the best-selling author of all time and her stories have published in over 100 languages. She is outsold only by the Bible and Shakespeare.

In the days when the regions were known as the provinces practically every repertory theatre every season would put on an Agatha Christie play in the certainty that it would be a box office success and make the theatre some much needed money. 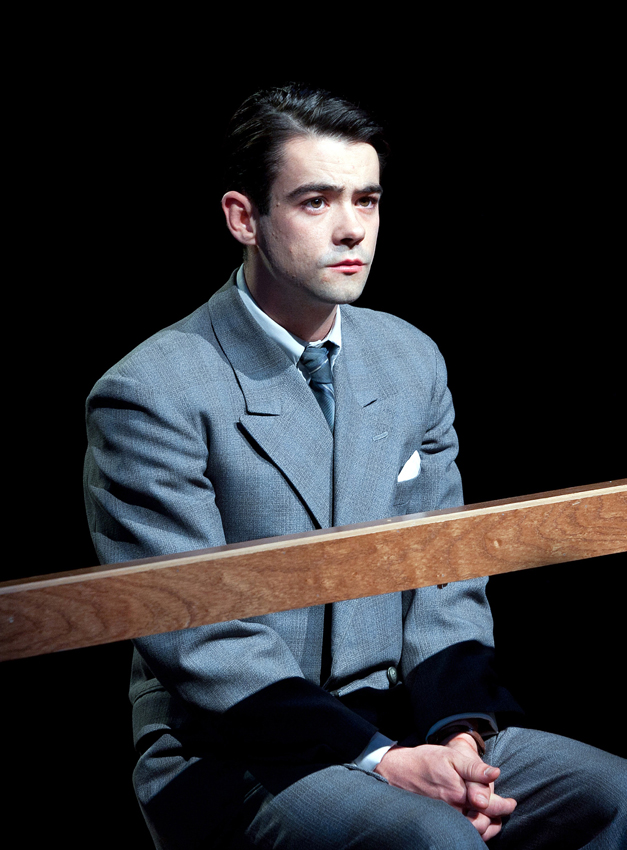 Jack McMullen in Witness for the Prosecution

Nowadays adaptations of her novels and short stories work best on the big and small screens where production values are incredibly high and the producers can afford to pay for a cast of big names.

Christie’s ingenuity is always superior to the characterisation, which is thin and relies on the personalities the actors bring to their roles.

Her longest running play is The Mousetrap, but it is not her best play and certainly not as good as And Then There Were None.

Witness for the Prosecution, which was rated very highly by Christie, is getting its first London revival since 1953.

A young man is accused of murdering a 56-year-old and woman for her money.

Jack McMullen is cast as the accused and he doesn’t look like a murderer at all. He looks exactly like a little boy an old lady would want to mother and spoil and leave all her money to on her death.

David Yelland and Philips Franks are the opposing counsels. Patrick Godfrey is the Judge. Catherine Steadman is the foreign-born wife of the accused.

British justice is the best in the world. Or is it?

If you haven’t seen the 1957 Billy Wilder film with Marlene Dietrich, Charles Laughton and Tyrone Power you are in for a big surprise.

Witness for the Prosecution is running at London County Hall until 11 March 2018.