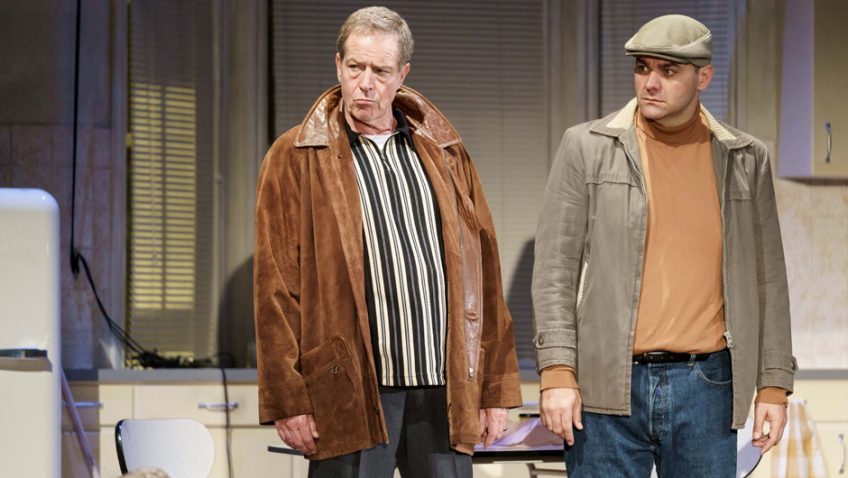 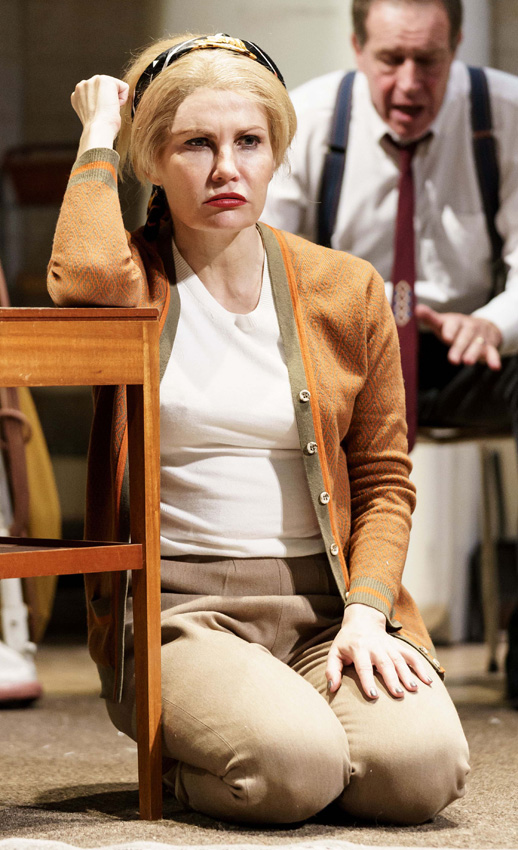 Karina Jones in Wait Until Dark

The last time I saw Wait Until Dark was in New York In 1998 with Marisa Tomei. Quentin Tarantino made his Broadway debut as the sadistic drug trafficker. Tarantino, an excellent film director (Reservoir Dogs, Pulp Fiction) was an indifferent actor.

The play, second-rate, contrived and thoroughly implausible, was never any good. There is too much talk, too many characters, too many disguises and a plot so convoluted that it is impenetrable.

You have to wait until it’s really dark; and it’s a very long wait until the lights are off and the audience gets what they have come for – namely the fridge, the one thing everybody, who has seen the play or the film, remembers.

Knott wrote the play in three acts and seven scenes. The present indifferent production by Alastair Whatley is in two acts. The scene changes are awkwardly managed.  It would be better if there were some ruthless cutting and the play was acted straight through without interval.

A blind woman living in a basement flat in Notting Hill Gate is terrorized by three vicious criminals. Karina Jones, the first blind actress to play the heroine, argues that disabled roles should be played by talented disabled performers who can give the role absolute authenticity.

Tim Treloar and Graeme Brookes in Wait Until Dark

Authenticity would be good for a good play but for a sadistic pot-boiler such as this you want the actress to overdo the blindness.  The irony is that Jones doesn’t seem to be blind; or rather not blind enough for this play.

The thriller genre has always been popular with audiences and there must surely be better thrillers and more worthy of revival than Wait Until Dark.  Would Dial M for Murder, perhaps, have been a better choice?

Has anybody thought of reviving Edgar Wallace’s The Case of the Frightened Lady?