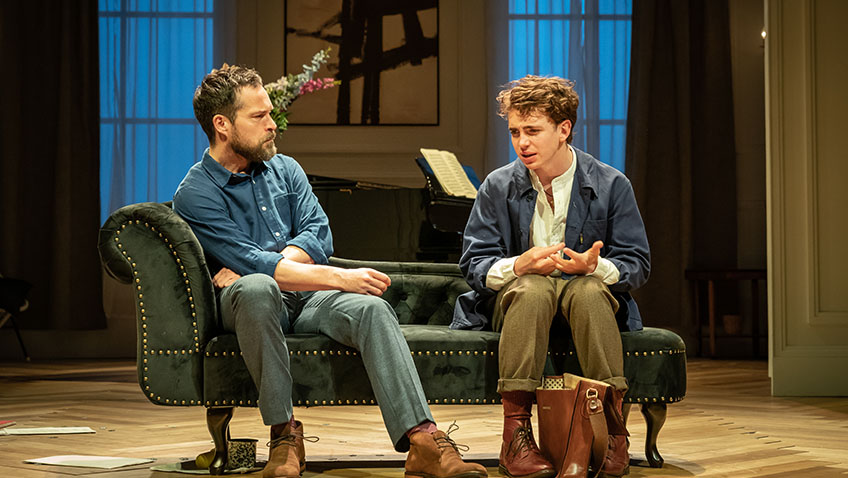 The award-winning French playwright, Florian Zeller, author of the recently staged The Height of the Storm, has been enjoying the sort of success in London which has not been seen by a French playwright since Jean Anouilh in the 1950s.

The Son is the third play in his family trilogy, which includes The Father and The Mother. All three plays deal with various levels of dementia. 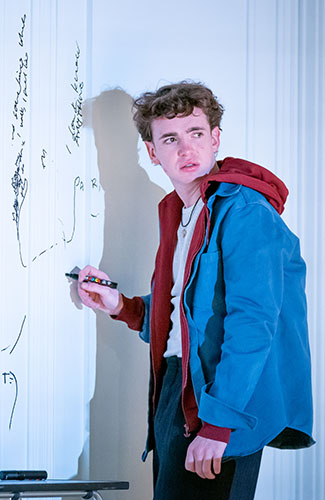 Laurie Kynaston in The Son

Zeller has said The Son is about the horror of being a parent.

It was Bernard Shaw who said “There may be some doubt as to who are the best people to have charge of children, but there can be no doubt that parents are the worst.”

Nicolas (Laurie Kynaston) is an unhappy teenager going through a difficult patch. He has not been well since his parents divorced.

He has been living with his mother (Amanda Abbington) but she can no longer cope with his Behaviour. She feels she has been wiped out of her son’s life.

He goes to live with his father (John Light) who has a partner and a baby son. Je remains disconnected from reality and continues not to go to school.

“I feel I am not made for this life… I don’t know what is happening to me… I’m permanently in pain.”

The moody teenager blames his parents for his condition.

He has a kitchen knife under his mattress and there’s a gun in the utility room behind the cupboard. Should he be left alone with the baby? Will he ever be normal again?

Dad, full of parental guilt, is very angry with himself for not being a good dad. But parental love is not enough to solve Nicolas’s problem, either. Nicolas needs to be taken into psychiatric care and kept under observation.

There is one joyous moment of light amusing relief and most welcome it is too; and that is when dad remembers his youth and dances like the exuberant teenager he once was.