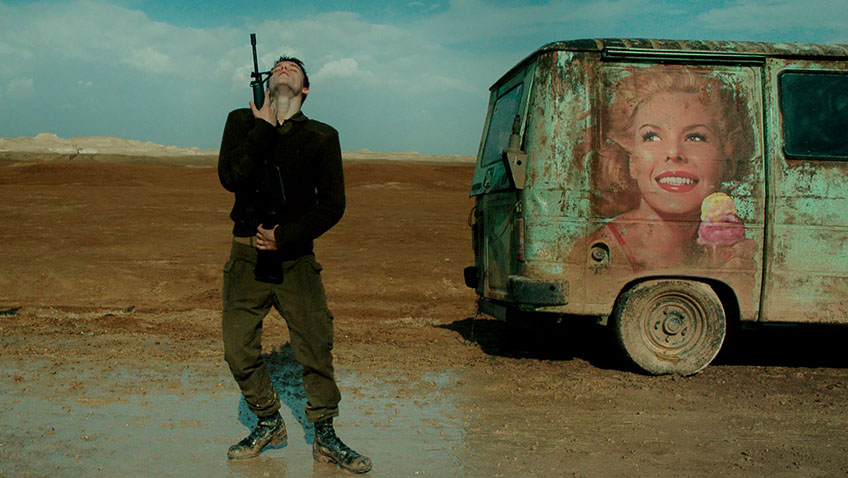 Now 56, at the age of 20 Samuel Maoz was conscripted into the army and served as a gunner in one of the first Israeli tanks to enter Lebanon in the 1982 Lebanon War. It took Maoz a quarter of a century to recover sufficiently to make his feature film debut, Lebanon and eight more years for Foxtrot

, a devastating masterwork that is also inspired by an autobiographical event. A searing indictment of the cover-up of an Israeli military mishap that killed four young Arabs and a moving portrait of an Israeli’s family’s grief, the vestiges of war lie in the mind and in the human heart.

is a triptych (for all of that term’s religious connotations, the Feldmann family are atheists). Part one is a quasi neo-realist drama in muted colour in which Michael Feldmann (Lior Ashkenazi), a handsome, successful Tel Aviv architect, and his wife Dafna (Sarah Adler) receive news that their only son, Jonathan, has been killed in the line of duty.

The methodical, businesslike way in which the death notification officer, (Danny Isserles), takes over the grieving process borders on dark comedy, but never crosses the line. Dafna is immediately given a sedative and put to bed, while the meticulous details of the funeral arrangement are recited to a stunned, silent Michael. To the officers, it is a well rehearsed script; to Michael, it cannot be real.

There is a bit of foreshadowing of the second ‘act’s’ absurdity in what ensues. The officer tells Michael, too numb to react: we don’t expect you to eat, but you must drink water’. Michael will be called every hour on the hour as a reminder to drink water. Michael does not want water, but wants to see his son’s body. When his request is denied, he suspects a conspiracy extending to his drugged, complicit wife.

And then comes a twist that will leave you, and the Feldmanns, reeling.

The second tableau in the triptych is as surreal as a Salvador Dali painting with patches of bright colours set against a bleak, muddy desert landscape. As in Lebanon, in this section four young conscripts, including Jonathan (Yonaton Shiray), face the boredom, the absurdity, the fear and the trauma of war; only there is no war where they are stationed. There is only a solitary camel strolling through the checkpoint that rises to let the animal pass. 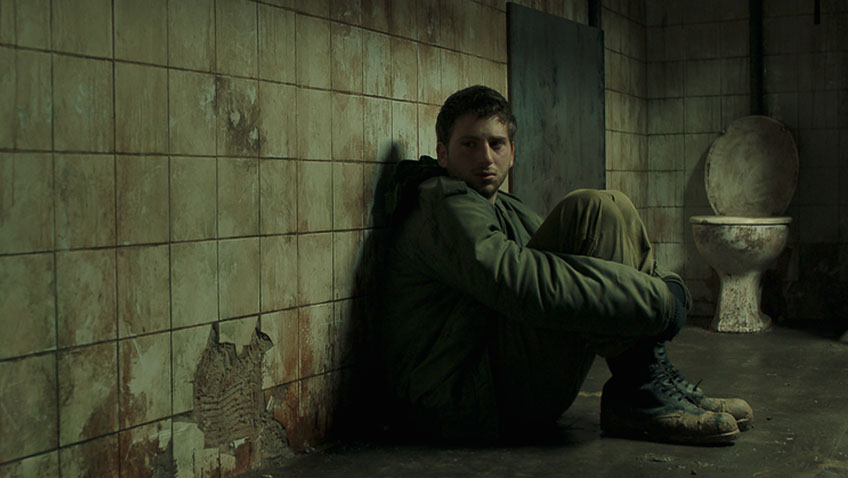 The soldiers sleep in a drab shipping container that is sinking into the mud. Across from a dirty sofa on the road is a small listening post inside a van decorated with a smiling 1950’s bleached blond painted on the side. Jonathan and his fellow soldiers are manning an isolated check point (code name, Foxtrot) on a long road near the Palestinian border. One of the soldiers (Itay Exlroad) informs his mate that ‘Foxtrot’ is actually a dance and he stands up to demonstrate. Suddenly, loud, rhythmic music booms and the dancing soldier performs a striking dance routine with a rifle as his partner. It’s a chilling, absurd scene.

In the boredom of the long nights, Jonathan, a graphic artist, tells his mates the story of a bible salvaged from the Holocaust; a family heirloom that was traded for a racy comic long after the war. The tedium outside is relieved by the arrival of a mature couple of modest means who are dressed up for a night out. The woman is told to empty her tiny evening purse and she spills its meagre contents – a lipstick, some coins – on the ground. The couple is forced to stand in the rain; the woman mindful of her hair, but helpless to protect it while their papers are cleared. The compassion generated from this short scene is deeply moving and unsettling. And then comes another car with two, young Palestinian couples and an explosion. 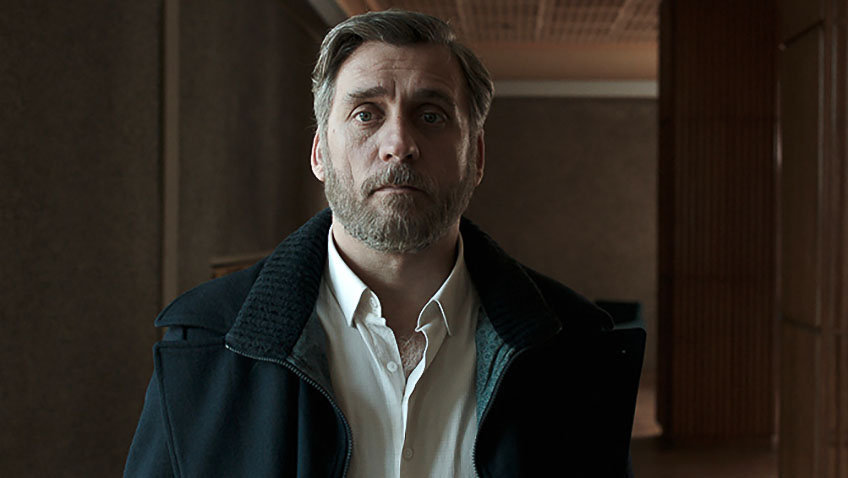 The third tableau is a heart-wrenching melodrama, set once again in the Feldmann’s apartment and again they are dealing with grief. Michael and Dafna, on the verge of separating, come together after finding Jonathan’s last drawing of a bulldozer lifting the wreck of a car and sharing some of his marijuana. Michael tells Dafna, ‘you know, there’s a dance like this’ and he demonstrates on the kitchen floor, echoing the dancing soldier. ‘No matter where you go, you end up in the same starting point.’ 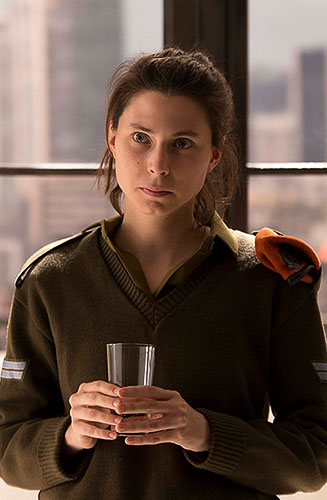 This reference to the structure of the film is a pungent link between the Feldmann’s situation at the start and end of the film and the code name for the roadblock where they are told Jonathan had died. Grieving parents and the death of young soldiers is as cyclical as day and night.

But Maoz adds a layer to his drama that was inspired by his own experience as a father. One day, Maoz’s daughter was running late for school for no good reason. Denying her cab fare, he told her to take the bus – a bus that was the target of a terrorist bomb. The news that his daughter had missed the bus, brought joy and relief, but the realisation that someone else’s daughter was on that bus. In Israel, every father sends his son off to war. With certain exceptions, two years of military service is compulsory for any man turning 18.

Lior Ashkenazi, who played Yitzhak Rabin in last year’s Entebbe, is a charismatic actor with gravitas who manages to convey the myriad conflicting emotions that his character endures in the first and third ‘acts’. He brought authenticity and authority to his role in Entebbe, but here, playing a father at war with his country and his own conflicting feelings and then tortured by personal guilt, we can appreciate the range as well as the depth of his talent.

The Israeli government is not, as you might expect, very happy with Foxtrot

, but we have to hope that Maoz, who came late to filmmaking, does not keep us waiting long for this third film.