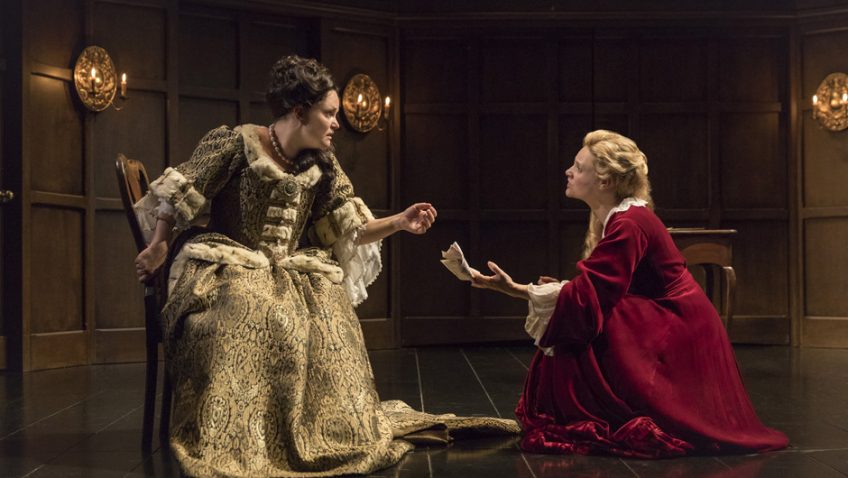 Helen Edmundson is not the first to write a play about Queen Anne and Sarah, Duchess of Marlborough. Norman Ginsbury wrote Viceroy Sarah in 1935. Irene Vanbrugh was Sarah. Barbara Everest was Anne. 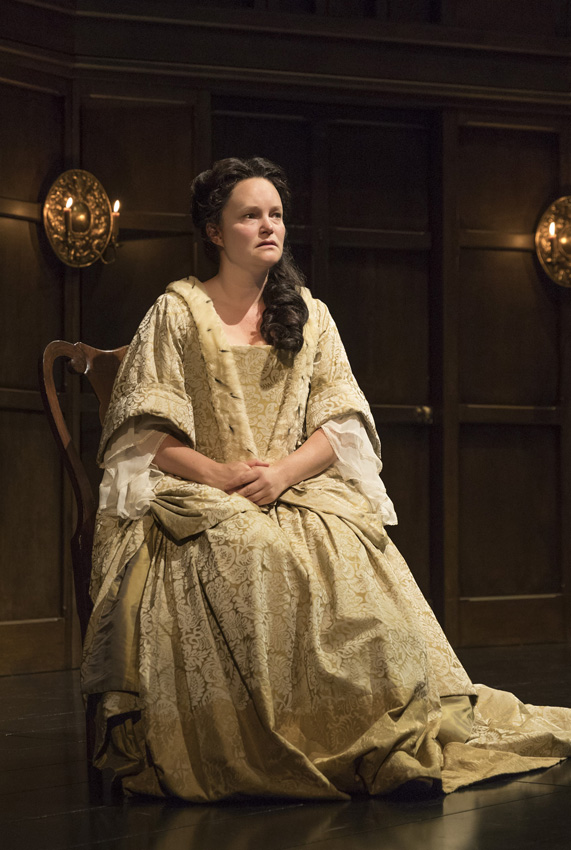 I know very little about Queen Anne. I know she’s dead. But then everybody knows she is dead.

I know she had seventeen pregnancies and none of the children survived. I know she had an intense relationship with the Duchess of Marlborough. And that is it. So I looked forward to seeing the play and learning more.

Queen Anne was a constitutional monarch who reigned rather than ruled. She came to the throne in 1702 and she reigned until her death in 1714. She was a devout woman and keen to be a good queen.

She was surrounded by people who sought to influence her: not only Sarah, but also the Lord Chancellor Sydney Godolphin, the Speaker of the Commons Robert Harley and Abigail Hill, a waiting-woman, cousin of Sarah.

The Queen proves to be much stronger than her sickly, obese, gout-ridden, pain-ridden presence suggests.

Edmundson concentrates on the disintegrating friendship with Sarah, Keeper of the Privy Purse and Groom of the Stole, who is married to John Churchill, famed for the Battle of Blenheim and the palace he built at the nation’s expense.

Sarah behaves very badly and publishes her memoirs of their relationship and includes the Queen’s fulsome letters. The gossiping Court and the satirists Jonathan Swift and Daniel Defoe also have a field day at Anne’s expense with their crude, vulgar songs and pamphlets.

The play comes across as a chronicle of events rather than as a drama. The chronicle is well directed by Natalie Abrahami and well cast. Emma Cunniffe is excellent as Anne. Romala Garai’s Sarah is an acerbic, ambitious and glamorous manipulator. James Garnon finds a lot of comedy in Harley. Richard Hope is a wise Godolphin and Beth Park is a scheming Abigail, who does very nicely for herself.

But, sadly, the actual play is dull and never excites.