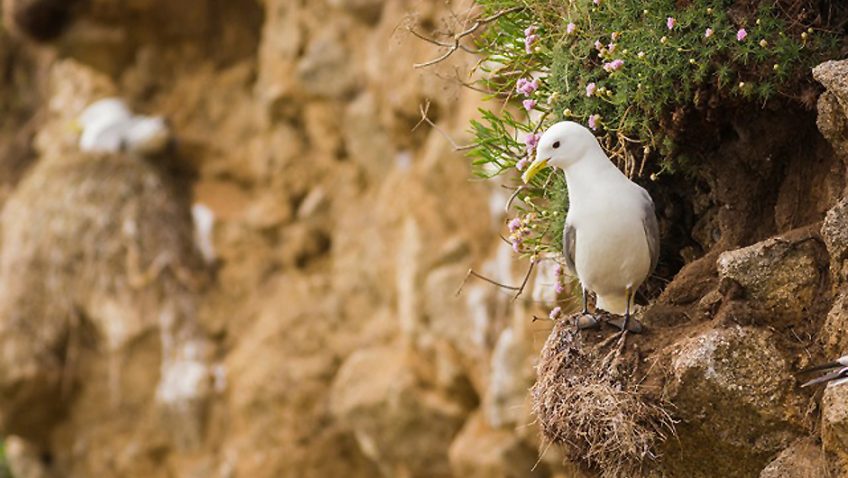 Where British and Irish breeding seabirds go when they’re not on land has always been a bit of a mystery.

Now experts have used GPS-tracking and computer models on an unprecedented scale to map where British and Irish breeding seabirds go to feed, revealing unique insights into the distribution of these enigmatic species.

New research, published in a leading science and conservation journal Ecological Applications, used five years of seabird GPS tracking data and powerful computer modeling methods to estimate the areas of sea used by four of Britain and Ireland’s breeding seabird species. This has enabled scientists to predict, for the first time on a national scale, where birds go at sea when they leave their nests on land to find food. The study maps the extensive areas of sea that kittiwakes, shags, razorbills and guillemots use and has shown the extent to which birds will travel from their nests in search of food, proving just how crucial our seas are for seabirds and their young.

The findings come as UK administrations are considering the creation of protected sites at sea to safeguard key seabird feeding areas, as well as planning future fisheries policy for UK territorial seas once outside of the EU’s Common Fisheries Policy. These new findings will provide critical information to inform future management of the marine environment post-Brexit.

This is a major step forward in our understanding of seabirds and is a powerful tool to help protect birds from potentially harmful activities at sea, including helping to make better decisions about where those activities can be undertaken to limit their impacts on seabirds.

Until recently, seabirds could only be mapped at sea using boats or planes but this couldn’t tell us which colony each bird was from because they can travel huge distances to feed. During the five-year project, lightweight GPS tags were fitted to over 1300 adult birds from 29 different colonies, revealing where they went once they left their colonies on the coast and allowing scientists to follow individual birds. 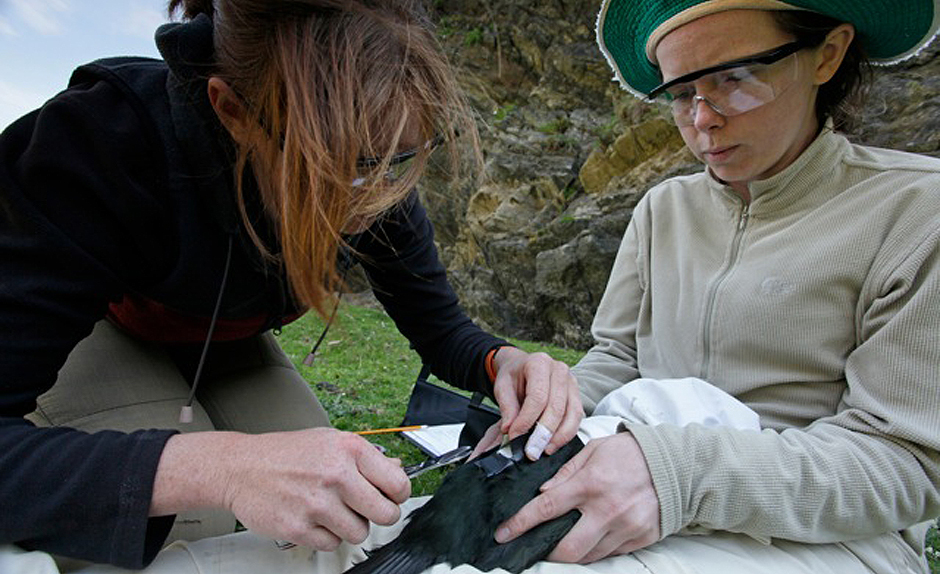 This revealed exactly where and how far out to sea the birds go to forage and exactly which colony they’re from. The results reveal seabird hotspots – where birds of different species and from multiple colonies gather to feed. The majority of these are concentrated in the coastal waters of Scotland, highlighting the need for strengthened conservation to protect our marine biodiversity.

More importantly, the tracking data was used to create a computer model for each species so that important areas at sea for colonies where no tracking took place can be predicted. Results show that the four species use at least 1.5 million square km of sea, an area three times the size of Spain.

The project, headed by the RSPB, was a huge team effort, involving more than a dozen scientists from leading research institutes, and funded by multiple organisations.

Dr Mark Bolton, RSPB principal conservation scientist, said: “Our rich and diverse marine environment makes Britain and Ireland among the greatest areas in the world for seabirds and this new research is further evidence of just how important our seas are for seabirds and their chicks during the breeding season. In order to strengthen this research and our predictions, there is an urgent need for a complete seabird census which will provide an accurate and up-to-date estimate of the size of our seabird breeding colonies.” 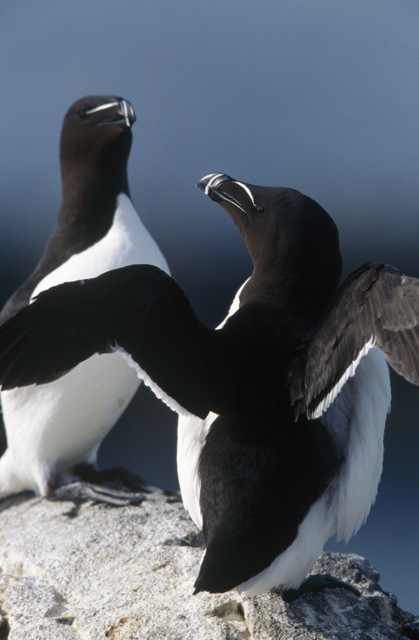 Seabirds are one of the most endangered groups of birds in the world, partly due to the impacts of climate change and fishing. The UK is home to internationally important populations of breeding seabirds so we have a global responsibility to safeguard them. Of the four species studied, kittiwake and shag numbers have declined by 71% and 62% respectively in the last 25 years. Conservationists refer to them being red-listed, which means they are in need of urgent protection. Razorbills and guillemots are amber-listed meaning they also require conservation action.

Dr Ellie Owen, RSPB conservation scientist, said: “The sight and sound of hundreds of thousands of seabirds flocking to our shores is an amazing natural spectacle and something that we must help protect for future generations to enjoy. The methods used in this study could be applied to other seabird species, to show where they go at sea. This will be an invaluable tool in helping to protect seabirds as it will greatly improve our ability to assess the likely impacts on breeding seabirds of offshore wind farms, oil spills and other potentially harmful activities in our increasingly industrialised seas.”

Dr Ewan Wakefield, lead author of the research, said: “Many seabirds are at the top of the marine food web. They feed on sandeels and other small fish but that prey is declining because of human pressures, including climate change. The result is that thousands of seabird chicks are dying each year because their parents can’t feed them. For the first time, this study provides us with a full map for each breeding colony of the feeding areas for some of our most important seabird species. That means we can now protect the places these birds catch the fish they need to feed their hungry chicks, securing the future seabird generations of these amazing creatures. If we can reverse seabird declines we can be fairly sure that we’re getting things right for the fish and other marine life below the surface of the sea.”

Thanks to the results from this research and the methods used, scientists will be able to provide better evidence for those important areas of sea that should be part of protected areas and help to improve how we plan for development at sea to reduce conflicts between the needs of our seabirds and human activities