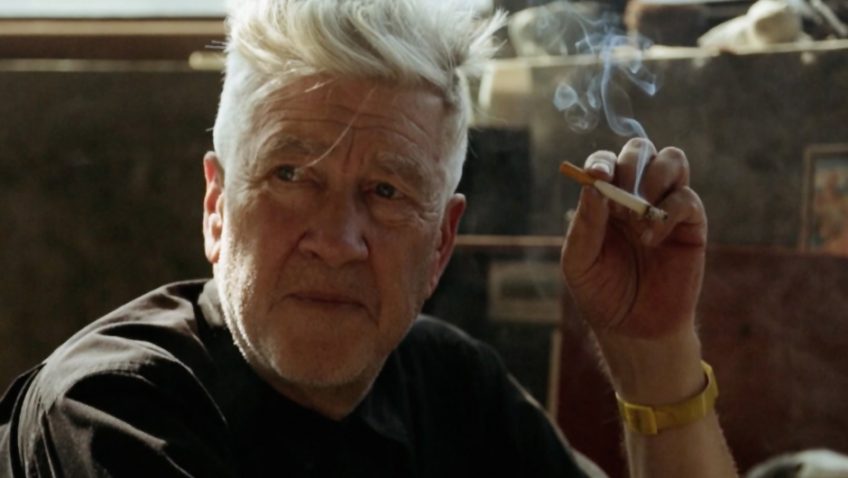 It is not until the last few minutes of this incisive, pithy, and creative documentary that 71-year-old David Lynch, known for some of the strangest, if not greatest, dark psychological dramas ever made, mentions one of his films. And when he does, we’ve come full circle in Jon Nguyen’s hugely rewarding, David Lynch: the Art Life.

To get the most out of Lynch’s more cryptic and evocative anecdotes, it certainly helps if you have seen at least one of his films, or even his famous television series, Twin Peaks, currently enjoying a reimaging. Though most of the narration is, superficially, at least, straight forward, you are always listening for clues about the forces from childhood and youth that resulted in the making of this cult hero. 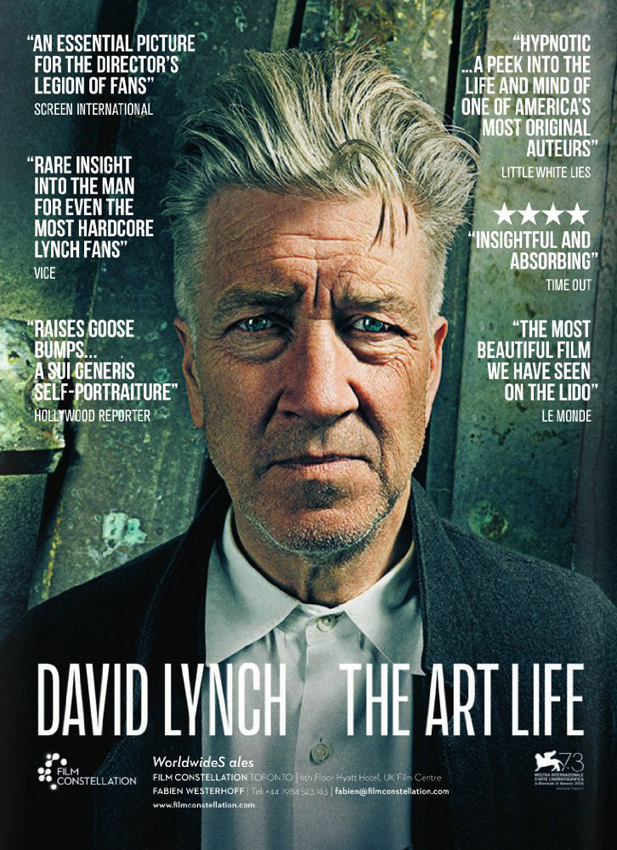 As a happy child growing up in small towns and cities across America, young David was always building things with his father, a research scientist for the Department of Agriculture. Life for the family of four was an itinerant one, the family moving around – Missoula, Montana, Boise Idaho, Spokane, Washington and Alexandria, Virginia – just as David was making friends, which may have impacted Lynch’s interpersonal life and sense of security. However, it hardly affected his power of concentration or his love for his family. He has nothing but praise and fond memories of his parents, in particular of his father’s knack for negotiating what someone wants; needs and can afford.

The art life might have always been in young David’s blood, but it is when he met a school friend’s father, the artist Bushnell Keeler, that he knew he had found his calling and the life he wanted to lead. Keeler was supportive, not only in allowing the teenager to share his studio, but in helping him later in life with his education.

Lynch is known to most of the world as a filmmaker, but he sees himself as an artist and a filmmaker. The perception of contrasts that runs throughout this documentary begins in Lynch’s Los Angeles home and studio, where many of the interviews were recorded. Here, we see the septuagenarian artist working away with his toddler daughter, Lula Bogina, keeping him company. His disturbing, but often witty and even funny canvases sometimes shock against the comfortable setting and California sunshine. Throughout the film we see Lynch’s bizarre multi-media canvases that come so naturally to him that you begin to think that Lynch absolutely needed a loving, suburban family life on which to ground the sinister, troubled – or perhaps humorous – creations of his imagination.

We do get little glimpses of what is to come from some of Lynch’s childhood memories. When we hear him narrate these distant memories, we cannot tell if they are dreams or if his imagination had converted a perfectly explicable occurrence. As we see in Blue Velvet – with its wooden fences and green lawns, the normalcy of the setting is the most fertile ground for its subversion. We cling to the familiar as we are taken far outside of our comfort zone. Watching a Lynch film is a bit like staring at an Edward Hopper painting as the familiar and mundane becomes eerie and alarming.

Lynch didn’t last the year at the Museum of Fine Arts school in Boston (the school has since completely revamped its education system, doing away with exams for instance), and a plan to travel do a modern day grand tour of Europe with his friend Jack Frisk lasted two weeks. He found temporary happiness at the Pennsylvania Academy of Fine Arts where Frisk (The Revenant, Days of Heaven, Badlands) who went on to become of the world’s greatest production designers, was already enrolled. Frisk plays The Man in the Planet in Lynch’s first movie, Eraserhead, and went on to do the production design for Lynch’s The Straight Story and Mulholland Drive. He took a job doing engravings.

Married at 21 to Peggy Reavey (now Lentz), the 25-year-old father was working as an engraver to support his new family when he applied for a scholarship to – and was accepted at – the prestigious American Film Institute programme in Los Angeles He arrives in Beverly Hills, ecstatic that, ‘I could build my own world’ for a film entitled Eraserhead.

Lynch is an unreliable narrator, and he leaves out as much as he reveals. We do not learn what happens to Peggy and their daughter, Jennifer, although we get the impression they separated when he began to live on the set of Eraserhead in Beverly Hills. We do not hear about his ten-year marriage to Mary Frisk, Jack’s sister (Jack himself has enjoyed a long marriage with Sissy Spacek whom he met on the set of Badlands) nor of his three subsequent marriages and his two other children.

From Lynch’s penetrating narrative, however, we can just about trace the influences and obsessions that have shaped his distinctive art and filmmaking style. And we can almost figure out how this former Boy Scout, with his happy, middle-class background, became the director of disturbing, violent and/or enigmatic films like Blue Velvet and Mulholland Drive, Wild at Heart and Twin Peaks: Fire Walk with Me. Jon Nguyen clearly knows Lynch’s work inside out and from the look of the film and the soundtrack to his refusal to connect dots or explain non-sequiturs, the documentary is suitably Lynchian. Indeed, one of the most refreshing aspects of this documentary is that Lynch and Nguyen let us use our own imaginations.