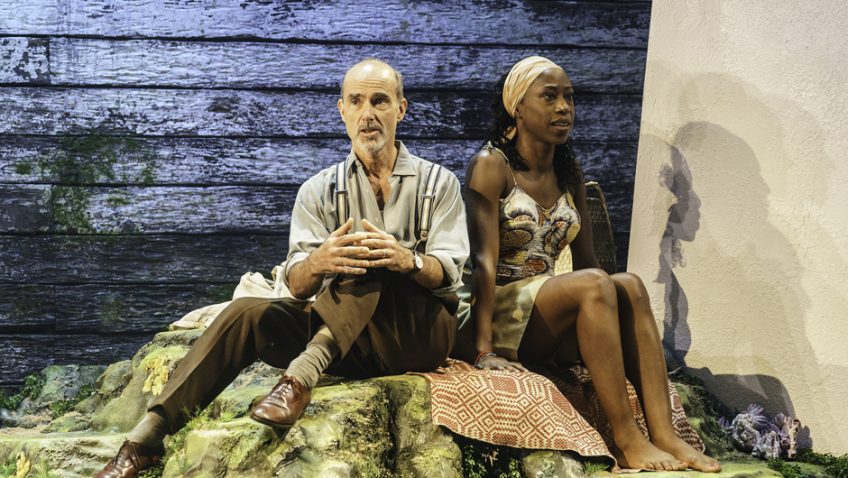 Ibsen in the sunny Caribbean!

Robert Tanitch reviews The Lady from the Sea at Donmar Warehouse, London WC2

The Lady from the Sea is performed so rarely that it is a pity that we are seeing a new version by Elinor Cook which updates it to the 1950s and sets it in the Caribbean and its sunny beaches rather than leave it where it should be in the 1880s and in Norway and its icy fjords.

Ibsen’s play is about marriage in the 1880s and what it was like to be a married woman then. 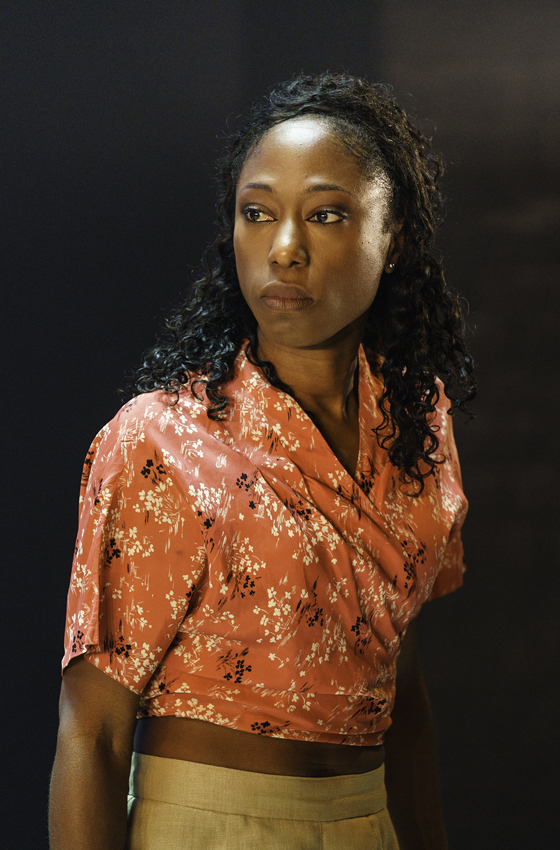 Nikki Amuka-Bird in The Lady from the Sea

The play – despite a huge photograph of Empire Windrush in the programme – has nothing to do with the on-going question of staying or leaving the islands and coming to England.

Still, having decided to update the play and set it in the Caribbean, it would have made more sense to have had an all-black cast.

The story, a mixture of romance, melodrama and mysticism, draws on Hans Christian Andersen’s Mermaid, Wagner’s Flying Dutchman, Motte Fouque’s Ondine and Nordic folklore of drowned sailors coming back to haunt the living.

The play was much liked by Sigmund Freud and popular with lighthouse keepers.

Ellida (Nikki Amuka-Bird) is haunted by memories of a seaman whom she “wed” when he threw their joined “wedding” rings into the sea. She has waited ever since for him to come back and claim her.

Her husband (Finbar Lynch), a middle-aged, provincial doctor, a kind and decent man, handles her with loving care and wants to cure her obsession.

But what woman would want to be a carp in a stagnant fishpond when she could be a mermaid and live in the ocean?

He has to realise that she will never be cured until he releases her from the bonds of marriage and allows her to make her own choices of her own free will.

Ellida is one of the great Ibsen roles – an elusive mixture of realism and symbolism, of terror and ecstasy – and so difficult to act that the play is rarely performed. The great Eleonora Duse was the first actress to succeed and it became her favourite role and she continued playing her until her death.

Kwame Kwei-Armah’s production is all the more disappointing because his last production for the Donmar, Kemp Power’s One Night in Miami, was really good.

The Lady from the Sea no longer has the power and poetry it had when Glen Byam Shaw, Michael Elliott and Trevor Nunn directed it with actors such as Margaret Leighton, Vanessa Redgrave and Natasha Richardson.